This article was originally published in Ashoka’s column on Forbes.com. It has been reprinted here with their permission. Ashoka is a partner of the Entrepreneurs’ Organization.

Since mid-September, Uber has been rolling out its first platoon of self-driving cars in Pittsburgh. While they’re not technically driverless (for now, there’s someone sitting in the front seat, just in case), these cars have proven remarkably effective at traversing the hilly and narrow streets of Pennsylvania’s second-largest city with little or no human help. The technology still shows room for improvement, but according to tech experts and carmakers, self-driving cars could be standard nationwide in just a few years’ time. While in some ways good for consumers, this could spell bad news for truckers, cab drivers and other service providers at all levels of the transportation industry.

This example shows how rapid technical advancements are changing the very fabric of employment. And it’s not just about jobs lost.

END_OF_DOCUMENT_TOKEN_TO_BE_REPLACED

Young entrepreneurs face significant challenges in their daily lives. Here are some points of advice from people who successfully started businesses when they were young. 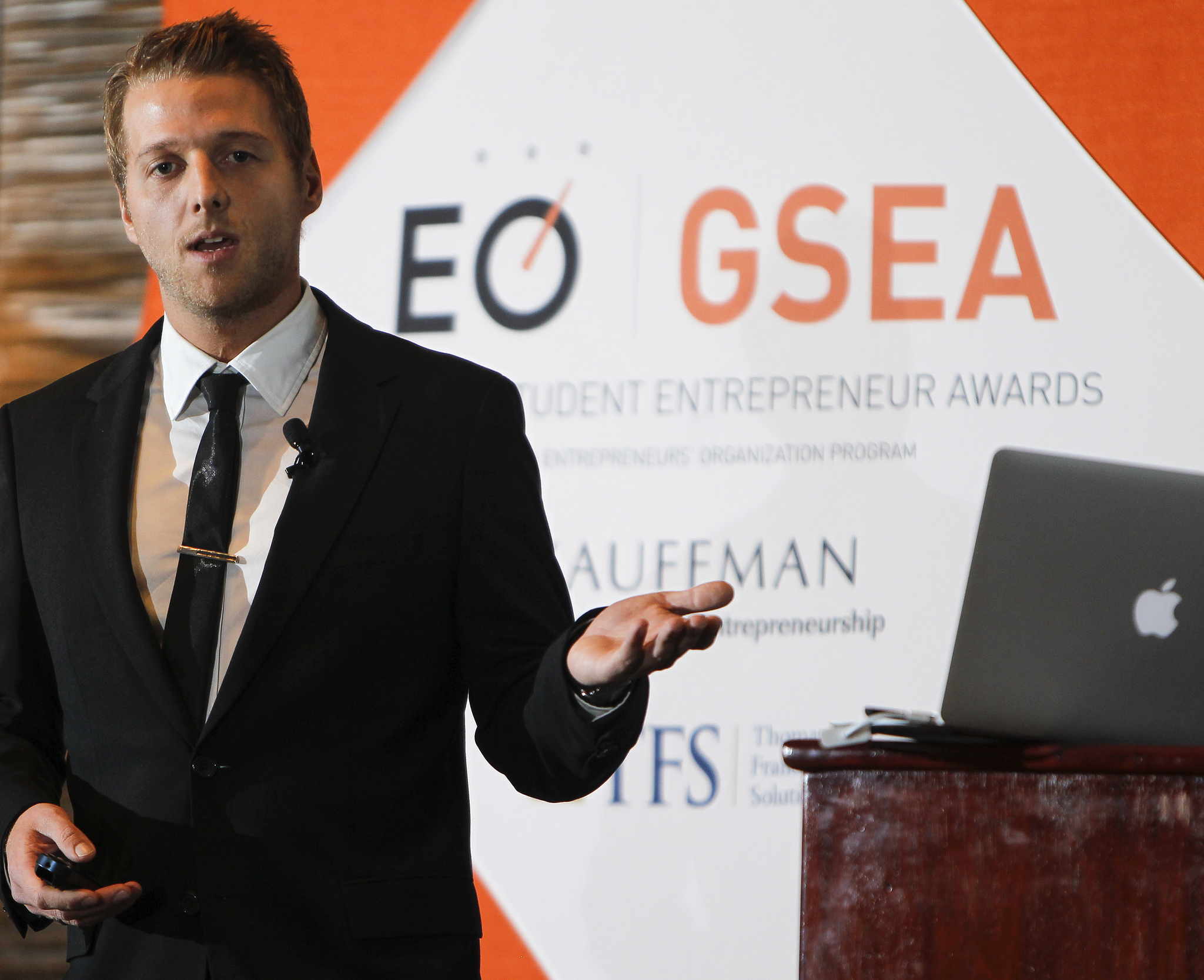 It starts with a single idea, one fortified over time through action. Before long, a concept turns into a company, and the entrepreneurial journey begins. Most business owners look to the Entrepreneurs’ Organization (EO) for the direction they need along the way. For those entrepreneurs still attending high school, college or university, they use the EO Global Student Entrepreneur Awards (EO GSEA) as their compass, where they receive the resources and mentorship needed to truly thrive.

END_OF_DOCUMENT_TOKEN_TO_BE_REPLACED

The term “entrepreneurial life cycle” has taken on a new meaning thanks to the Global Student Entrepreneur Awards (GSEA) and Accelerator, EO programs designed to nurture and guide entrepreneurs into the EO family. Two entre­preneurs who recently took this path are Zak Dabbas and Ryan Unger, EO Chicago members and founders of mobile marketing firm Punchkick Interactive. In this interview, Zak talks about the power of EO’s emerging programs and the impact they had on their entrepreneurial journey.

Your first experience with EO was through GSEA. What in­spired you both to join the program?
ZD: When my business partner, Ryan, first learned about GSEA, he was very excited about the possibility of meeting entrepre­neurs from around the world. For him, GSEA sounded like an amazing learning experience in a lot of different ways. It also sounded like a great opportunity to meet likeminded folk who shared the same passion to grow their businesses. I was also immediately hooked. I saw our participation in GSEA as a unique chance to explore new avenues for our business.

END_OF_DOCUMENT_TOKEN_TO_BE_REPLACED

By Elizabeth Gage, an EO Toronto member and president and CEO of PCM Interactive.

“Come, let’s sit by the fire pit,” the 6-year-old boy said, tugging my hand so hard that I thought my arm would fall off. “OK, I’m game,” I said, and he raced ahead to find a spot for us.

It was the end of a beautiful day in the desert, and people were finally unwinding. Some teenagers were swimming in the pool and a group of men were perched on bar stools trading golf stories over beer. Not soon after we sat down, the young boy got up from his seat and began pacing back and forth. “Time for me to get home now. I’ve had a nice vacation, but I must get back to work.”

END_OF_DOCUMENT_TOKEN_TO_BE_REPLACED

They come from the United States, South Africa, Zimbabwe, Finland, Germany, Sri Lanka, and the list goes on. They run businesses ranging from a social-network application that is claiming 20,000 new users a day, to a company that turns the scraps from textile processing into rugs sold around the world, to a company that arranges travel and accommodations for college football fans headed to away games. Read more.

The NYSE Euronext Foundation today announced its second year of support for The Global Student Entrepreneur Awards (GSEA). A program of the Entrepreneurs’ Organization (EO), GSEA is the premier global competition for undergraduate students who own and operate revenue-generating businesses while attending high school, university or graduate school.