This article was originally published in Ashoka’s column on Forbes.com. It has been reprinted here with their permission. Ashoka is a partner of the Entrepreneurs’ Organization.

Since mid-September, Uber has been rolling out its first platoon of self-driving cars in Pittsburgh. While they’re not technically driverless (for now, there’s someone sitting in the front seat, just in case), these cars have proven remarkably effective at traversing the hilly and narrow streets of Pennsylvania’s second-largest city with little or no human help. The technology still shows room for improvement, but according to tech experts and carmakers, self-driving cars could be standard nationwide in just a few years’ time. While in some ways good for consumers, this could spell bad news for truckers, cab drivers and other service providers at all levels of the transportation industry.

This example shows how rapid technical advancements are changing the very fabric of employment. And it’s not just about jobs lost.

END_OF_DOCUMENT_TOKEN_TO_BE_REPLACED 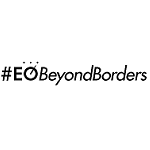 Logos and brands are important. Everyone recognizes the app with the blue background, and a white, lowercase “f”: Facebook. We know the app that contains a yellow background, with an outline of a ghost in the center: Snapchat. What about the app with the grey “U” on a sleek, black background?

The dust has settled, the commentary has been published, and almost everyone—from branding experts to the average Twitter user can agree—Uber’s rebrand leaves much to be desired, and that’s putting it nicely. As Uber attempts to sail out of this latest media storm, what are the next steps it should take to remain a Silicon Valley darling, and what can other brands learn from Uber’s rebranding mistakes?