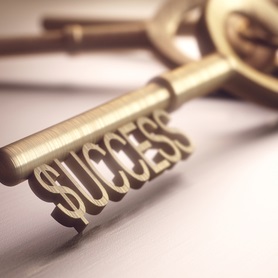 By Kent Lewis, an EO Portland member and president of Anvil Media

Fear is the Enemy, not Change
One of the most powerful lessons I’ve learned the past year is that people (particularly clients) fear change. The real enemy should be fear itself, not the inherent act of change. Unfortunately, this has been a costly lesson, as the entire purpose of The Credo was to upgrade the quality of work we produced for clients.

END_OF_DOCUMENT_TOKEN_TO_BE_REPLACED 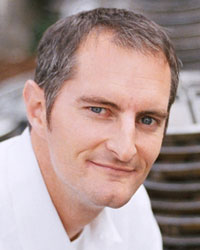 By Kent Lewis, an EO Portland member and president of Anvil Media

On April 16th of 2013, I had an epiphany about my business, which inspired me to write The Anvil Credo. The Credo, in essence, outlined 10 elements which define me and my marketing consultancy, Anvil Media. Since then, I’ve been living The Credo, and learning a good deal about myself, my teammates, clients and business. It’s been a difficult but rewarding journey, involving a complete overhaul of my company while trying to maintain client relationships.

END_OF_DOCUMENT_TOKEN_TO_BE_REPLACED

By Kent Lewis, an EO Portland member and the president and founder of Anvil Media, Inc.

As a long-time digital marketer and agency owner, I’ve advised a variety of startups over the years. In that time, I’ve witnessed and participated in countless mentorships, and have noticed some themes regarding their efficacy along the way. Recently, a mentorship experience within my own company taught me some valuable lessons regarding the importance of coaching.

END_OF_DOCUMENT_TOKEN_TO_BE_REPLACED

By Kent Lewis, an EO Portland member and president and founder of Anvil Media, Inc., a search engine marketing agency.

On 9 March, an employee of NMS, Chrysler’s outsourced social media marketing agency, sent a highly offensive tweet that insulted Detroit drivers. For details, see the AdAge article, “What Lurks Behind Chrysler’s F-bomb? Social-Media Turf War.” Although it was deleted nearly instantly, the effects were lasting: the NMS employee was immediately fired, and shortly thereafter, Chrysler fired the agency. Both organizations received black eyes, which leaves many brands and agencies wondering if they are next. Not me.

END_OF_DOCUMENT_TOKEN_TO_BE_REPLACED

Contributed by Kent Lewis, the President of Anvil Media, Inc.

Identity theft affects as many as 10 million Americans each year, costing victims an additional 300 million hours in identity recovery and repair. According to the FTC “Consumer Fraud and Identity Theft Complaint Data” report in February 2008, the losses to businesses and financial institutions total nearly 53 billion dollars annually.

This is caused by a combination of factors that include: a lack of consumer knowledge about protecting your identity online; growing comfort and trust in social platforms; the need for social platforms to generate revenue; and a lack of standards. These factors have all led to a tremendous potential for online theft and fraud.

Fueling the Fire
With limited government oversight, industry standards or incentives to educate users on security, privacy and protecting your identity, users are exposed to identity theft and fraud.