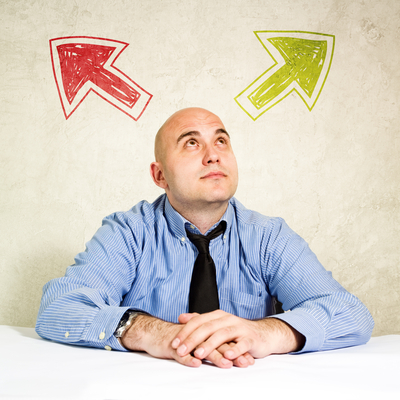 Many years ago, I began to question and doubt the performance of one of my senior manager’s performance. It started with little things such as, his missing the odd detail, but it escalated to failing to schedule reviews for three or four months, and not calling back key customers.

Initially, I made a lot of excuses for him; He is working hard, maybe it is an inability to organize and prioritize. I hired consultants and executive coaches to help him resolve the issues and challenges, while revenue decreased and morale dropped.

A few months ago, in preparation for a CEO roundtable meeting where we do financial benchmarking, I began to see an alarming trend of decline in his department over a four-year period: over 15% each year! How could I have missed this? How could I have not been aware?

I had buried my head in the sand. I had been looking at all the reasons why he was the right person for the job when all the reasons why he was not the right fit were right in front of me. Perhaps I was too close to the business in some ways, or maybe I was too close to my employee. He had been with the company for over 30 years. He was loyal and a great contributor, but just not in running a department. His real contribution was when he started in the business, doing the technical work. The ensuing discussion with him was not fun, but it was amazing in how he seemed relieved at the opportunity to return to where he was really most comfortable.

These “signs” are apparent in all of our businesses. Some people refer to them as “gut instincts,” while others point to more overt indicators like financials. My experience is that while both are reliable, you have to take a moment and objectively observe, and the only way to do this is to “pull your head out of the sand” and face the reality.