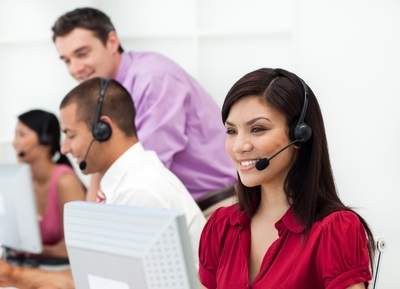 By , special to Overdrive

You’ve probably heard that nothing identifies you more as a salesperson than using the clichéd greeting, “How are you today?” right? Prospects know immediately who is calling, and they can’t wait to get you off the phone. You know what else identifies you as a salesperson? Using any of the following worn-out “tie downs”:

There are many other tie downs that are obvious sales techniques, and using them makes you sound like a used car salesman. Besides being old and annoying, these kind of tie downs are also closed-ending statements that get your prospects saying “yes” or “sure,” and nothing else. And that’s what you learn about your prospect’s buying motives— nothing.

Here’s a better way to use tie downs. First of all, remember that the purpose in using tie downs is to take the pulse of your prospect. Your goal is to see if you’re losing them or if they’re with you; if they’re bored or engaged; or if they have a question. In other words, because you’re selling over the phone and don’t have the visual cues you do when you’re in person, you must use some kind of check-in statement to see how the conversation is going.

The key to successfully checking in with your prospect is to ask a tie down that engages your prospect and elicits some kind of response. That means you must ask a question that is more open-ended, and sometimes even a little assumptive. Here are some examples of how you can change the worn-out tie downs you’ve been using:

Instead of using, “That’s a nice feature, isn’t it?” you can ask:

“This will save you a lot of time over how you’re doing that now. Just out of curiosity, what are some of the things you might do with that extra time?”

Instead of saying, “Would that make you feel better?” you can ask:

“You’ll save money using our new processor, and how would that go over with the boss?”

Instead of saying, “Are you with me so far?” you can ask:

“You know, I’ve shared a lot of information with you so far; do you mind if I ask what you think about it?”

Instead of saying, “And you’d like that, wouldn’t you?” you can ask:

“Everybody obviously likes to save money; how have you been able to save in this area this year?”

Again, the point is to ask questions that encourage your prospects to reveal information from which you can learn something. If you’re listening carefully enough (remember to hit your MUTE button), you’ll be surprised by the buying motives and hints to the sale you’ll hear.

One Response to “ Sales Tips: How to Use Better “Tie Downs” ”