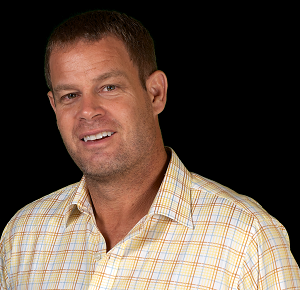 By David Goldfarb, an EO South Florida member and president of PrimeTime Amusements

I recently read a quote: “A business these days is a volatile thing…There might be no way to insure that your business will never be without problems or down turns, but there are a few tactics that might help to safeguard it against a major loss. One of these tactics is diversification.”

For me and my team at PrimeTime Amusements, a global operator, seller and renter of video arcade machines and simulators based in South Florida, this tactic of diversification has been critical. The coin-operating business is the perfect example. Think of the changes over the past two decades since we opened the business. Consumers are no longer carrying around coins but instead utilizing credit cards and other payment options; kids no longer need to go to the local arcade to be entertained…when they have PlayStation, Wii, Guitar Hero and other at-home game consoles; and finally, the amount of disposable income has fluctuated for all audiences – including families and corporations. Just like kids are no longer sent to the local arcade with pockets of money to spend, businesses are cutting back on entertainment for their employees and clients. (Blame it on corporate spending, the “AIG Effect,” or whatever…)

I started PrimeTime Amusements while at the University of Central Florida in Orlando. I put a Juke Box and Pool Table in a local sub shop and split the earned quarters with the owner of the establishment. You could say I started off as an operator of coin-op machines. However, only a few years later, I was approached by someone needing an arcade game for their booth at a trade show. At that point, was I set up as a seller and renter of arcade machines? No, but I immediately saw it as a natural progression for PrimeTime Amusements and as an opportunity to diversify the company’s revenue income. Fast forward 20 or so years, and PrimeTime Amusements is now operating machines in McDonalds, Universal, Loews, Johnny Rockets, Muvico, and some of the biggest brands in the world; simultaneously, PrimeTime Amusements is renting and selling machines to individuals as well as companies here in the U.S. as well as abroad in South America, Central America and even Africa.

Most recently, two new divisions have grown out of existing business. Some would say it’s me taking a big risk; I again say it is diversification. Late last year, a developer/businessman in Angola, Africa requested a complete Family Entertainment Center (FEC) in a newly constructed shopping plaza. A great business opportunity for our sales division? Definitely. The customer, however, wanted PrimeTime Amusements to do more than just sell him the games; he wanted us to set-up the operations model, as well as manage the interior design, engineering, architecture and even theming for the location. Again, faced with the opportunity to diversify, I said yes and put together a team of art designers and PrimeTime Theming was launched.

The success of PrimeTime Amusements has always been due to our ability to evolve and as the earlier quote said – diversify. Many of our early competition have gone out of business because of an inability to grow and adjust with the times. I do however admit that PrimeTime Amusements’ expansion into a new area or division of business has always been a natural progression for the company. Arcade game operations, which led to rentals and sales, which led to FEC consulting and eventual design and statue creation or theming has made sense within our overall business plan. PrimeTime Amusements…your complete solution for anything coin-up, arcade game and simulator related.