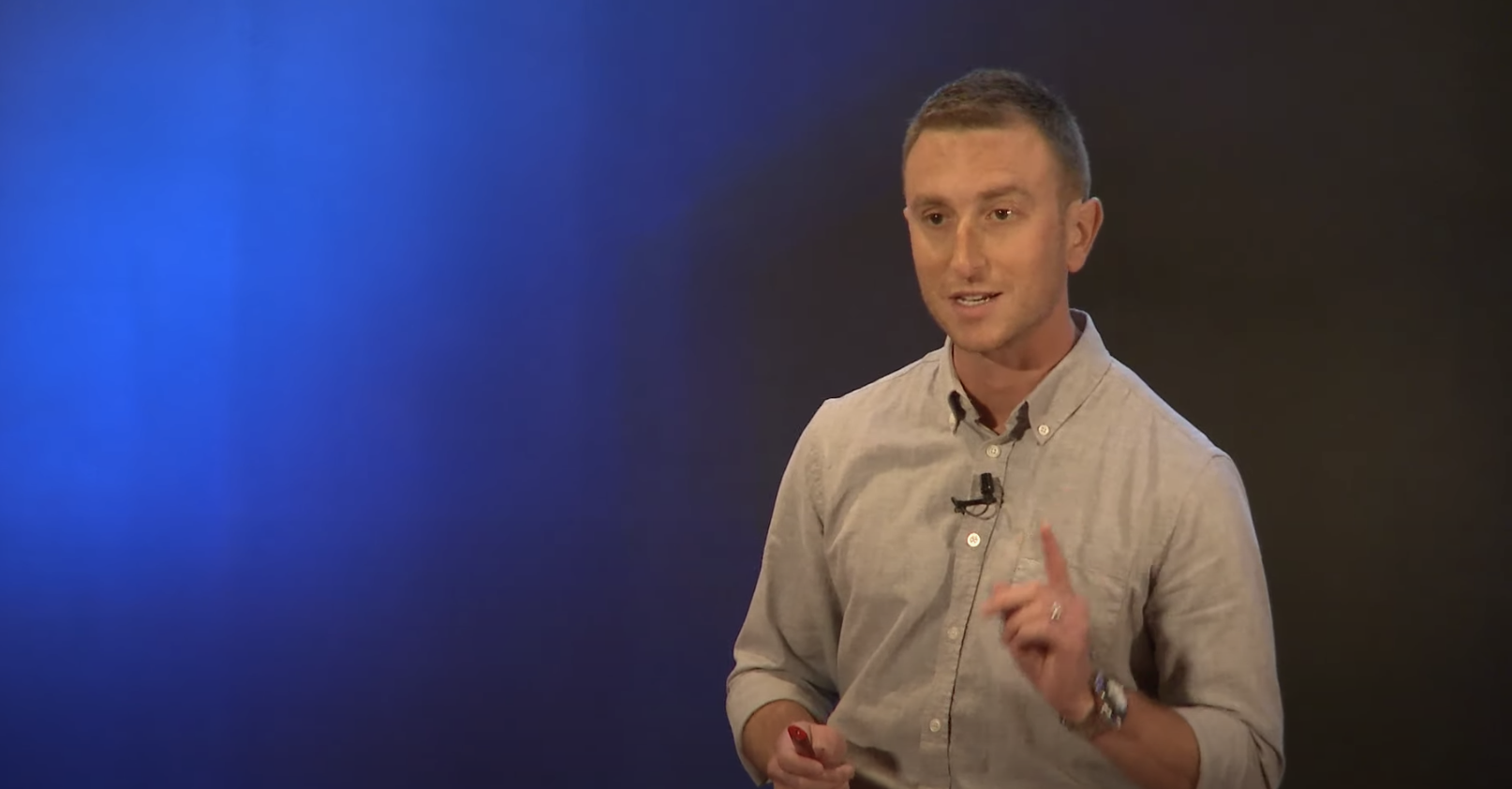 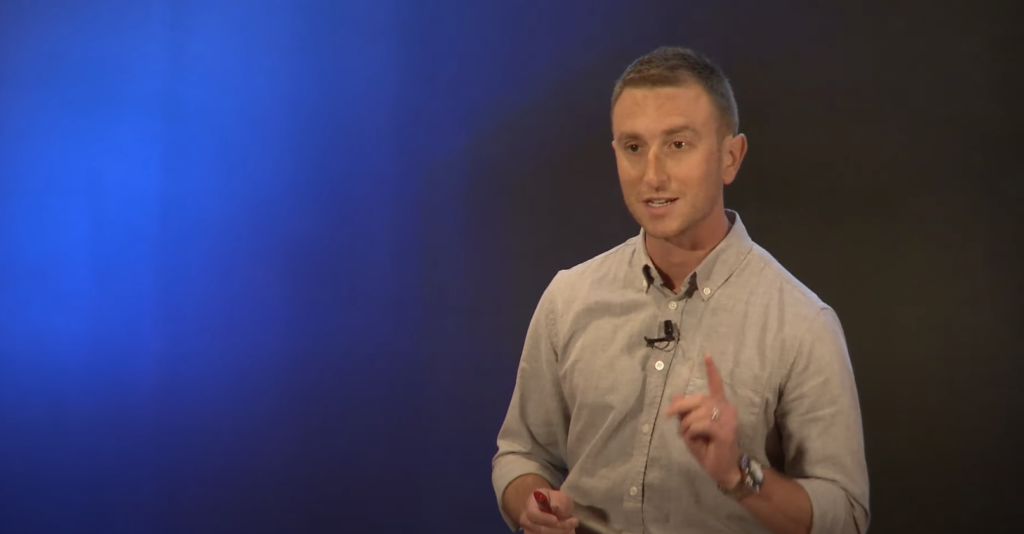 First, I was told I should join the Entrepreneurs’ Organization (EO), to which I promptly answered, what the heck is EO? (Don’t worry, I did join— thankfully so.)

Second, I decided I hadn’t achieved enough in my life. But, in fact, that’s an understatement.

The truth is, I beat myself up about not having achieved enough in my life, and right then and there I created new goals for myself.

They included writing for Inc. and Forbes, doing a TEDx Talk, going back to Columbia to get an MBA, and, last but certainly not least, becoming a published author.

By August 2020, every one of those big goals had come to fruition. And it felt…weird.See, I never meant to write this particular book, Honest to Greatness, about how today’s greatest leaders use strategic, brutal honesty to achieve success in their lives and businesses.

I actually meant to write a marketing book because my biggest company, GEM, is a marketing agency. But instead, I ended up writing a book about the thing which, to my shock and horror, I had been lacking all along: brutal honesty.

The lies we tell ourselves know no bounds

If the quarter-life crisis is a real thing, then my 30th birthday was it, and for no good reason whatsoever.

I had built a million-dollar business, after all. Wasn’t that enough? Unfortunately, sitting in my own self-loathing, it wasn’t.

In response, I created a set of goals for myself that included some of the most egotistical desires known to mankind, including an Ivy League degree, notoriety on stages and in print and enough social proof to be considered legally alcoholic.

Want to know the worst part? I told myself those were all business-building activities. Spoiler alert: They weren’t.

Those goals were what many of us succumb to—those of us members of the entrepreneurial intelligentsia who think we, like Midas, have the golden touch in all manner of self-gratifying projects.

As I learned from an expensive, painful, brain-scrambling book launch this past summer that missed the goal by only several thousand copies, we don’t always strike gold (though we sure like to buy the best-lookin’, golden pickaxe as our weapon of choice).

Which brings me back to how weird it’s been to achieve those ego-driven goals in the first place…and be forced to reflect back on how those goals have forever redefined my life.

What started as a quarter-life crisis turned into my goal to write a marketing book, which morphed, in the care and guidance of far more intelligent folks than I, into something so much more: a treatise on why we lie, how our biases, self-limiting beliefs and ego damage our lives and businesses, and how, ironically, a lesson we all learned in preschool turns out to be one of the greatest strategies to achieve remarkable success—both in business and in life.

Only through that journey did I learn the brutal truth: 30 hit me hard because I had allowed some early-in-life failures to knock me down a peg and tell me I’d never achieve greatness. And the thing about those kinds of lies is that they’re always true…as long as we believe them.

Now, even as I’m still evolving into a monk of self-honesty, I’ve become the guy who runs around and convinces business audiences everywhere that honesty truly is the best policy and strategy—especially if you’re a lying  entrepreneur (like me).

After all the lies and truths, here’s what I learned

The thing about writing a book on honesty is that I get to be honest. So, for better or worse, my way of solving self-loathing was to achieve the most validating goals I could dream up.

And yes, those lofty goals at 30 were ego-trips. Big ones. With Prada bags and first-class tickets that I’ll be paying off for a while.

But you know what else they were? Experiences. Memories. Close encounters of the kind I never thought possible—like with Barbara Corcoran, who endorsed Honest to Greatness, and with the CEOs of some Fortune 500 companies that wrote me to say “I look forward to reading this.”

The whole ordeal reminds me of two phrases that one of my professors at Columbia liked to repeat. The first was, “You can never discount the fact that the person you’re interacting with may, in fact, be an actual idiot.”
But the second, more pertinent phrase, was, “The best kind of altruism is selfish altruism. That way, everybody wins.”

So perhaps our ego trips are worth it—both to us and to others. They sure make for some great experience shares in our EO Forums and in our social groups, in our marriages and for the amusement of our mentors.

Plus, why else do we become entrepreneurs than to experience the freedom of choice—be they good ones or bad—as long as they’re ours?

In that light, perhaps all we can do is take solace in our evolving ability to at least get honest about what those trips really are. Then we can claim self-awareness…if not self-control in the first place. And who knows, maybe there’s no other way to fumble through the forest of self-identity than to run headlong into a few trees along the way.

But here’s what’s most odd of all: No matter how much shame or guilt or elation or pride I feel about the egotistical traps I set for myself just four long years ago, I just have to be honest.

I wouldn’t change a thing. 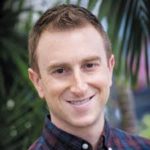 Peter Kozodoy is a member of EO East Link and former member of EO New York. He’s the author of Honest to Greatness: How Today’s Greatest Leaders Use Brutal Honesty to Achieve Massive Success, an Inc. 5000 serial entrepreneur, TEDx speaker, and business coach who works with organizations and their leaders to help them overcome self-limiting lies and use honesty to achieve greatness. To strike up an honest conversation, visit PeterKozodoy.com.