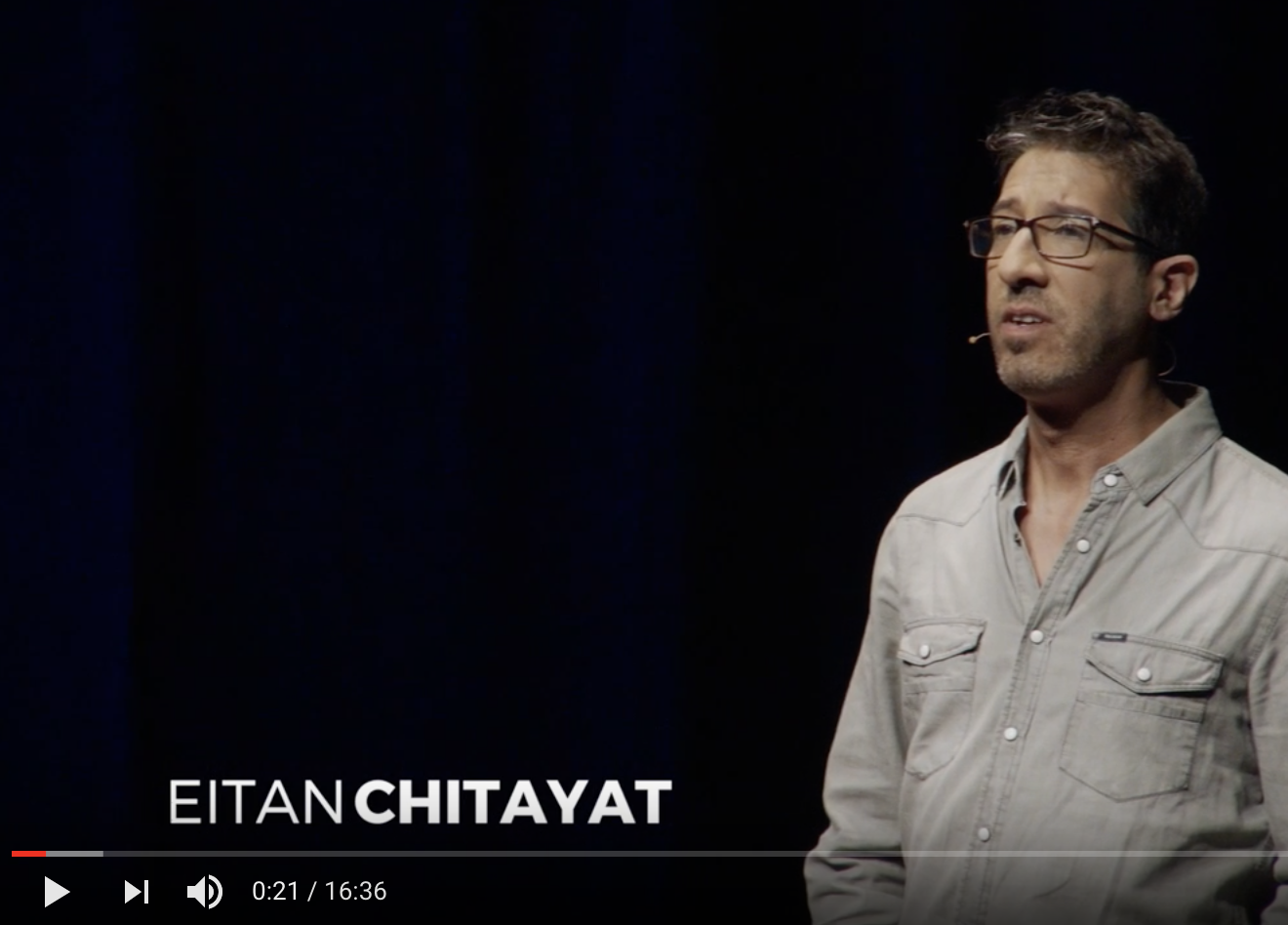 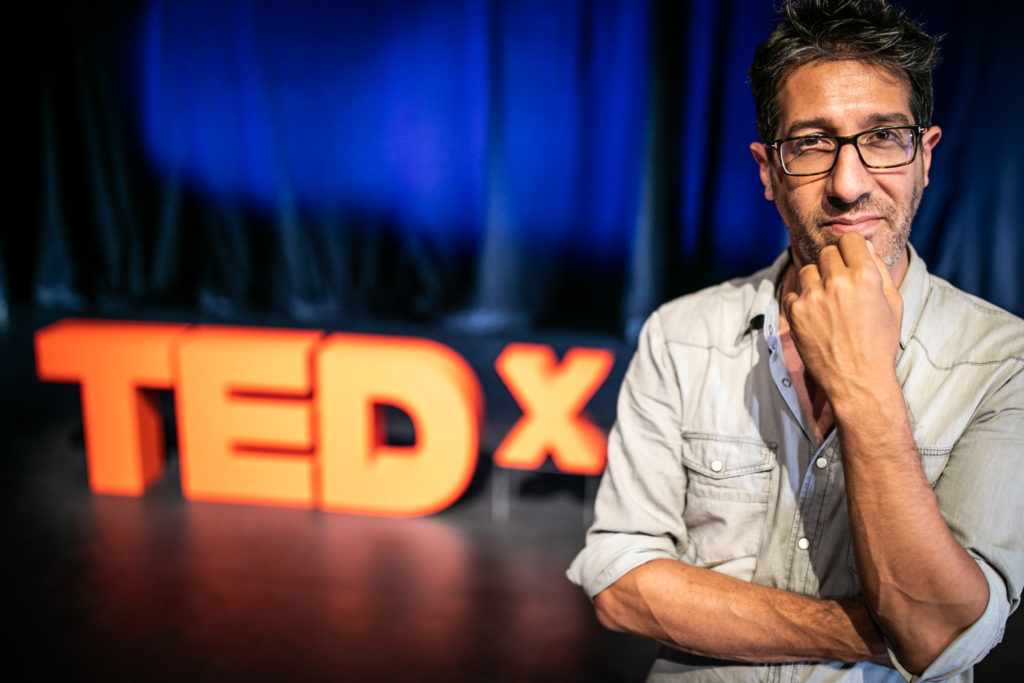 In this interview with Eitan Chitayat, EO Israel, he shares how a personal email led to a video viewed 6 million times, a Tedx talk, and a renewed drive to make the world a better place

OCTANE: You’re the creator of a very personal video about your identity that has garnered more than 6 million views worldwide. In your TEDX talk, you express surprise that the video went viral. Can you describe the process of how it went viral?

EITAN: The video came about following a blog post I wrote about a friend, who had expressed how she’d been too scared to express her Jewish identity. The narrative of the blog was quite successful and the script lent itself perfectly for a video. The process of transforming it into a video took quite a while, but I’m fortunate in that I have a nephew who’s an editor and we worked side-by-side over the course of many months to bring the video to life.

Once the six-minute video was complete, I posted it on my public Facebook page. I chose that outlet because, on Facebook, the interface enables people to see the video playing, so I hoped people would be intrigued by the active clip changes every few seconds and click on it. I had a few thousand followers, and the video gained traction with my audience. It probably helped that I posted the video right after some heinous terrorist activity, when people were angry and sad about those events and likely looking for comfort and support.

What, in your opinion, went right about the entire process of creating, posting and sharing this video, that led to such success?

It was very good timing when we posted it. But the actual video—it was a lot of work. It’s six minutes long, which everyone told me was far too long, but I couldn’t cut any of it. As we went through each statement to find a person who represented it, we came up with a list of 10 people who fit the description. Then, after choosing the person, we came up with 10 to 20 video clips to choose from. It was an intense process.

For the voice-over, I went into a professional recording studio to record it, but was never happy with the result. I knew I needed to release it but didn’t like my voice-over.

I reached out to one of my most trusted creative mentors and asked him if I could just read my words to him on the phone, hoping it would sound more natural and authentic. He agreed. I recorded it on my phone in one take. He also provided the music soundtrack for the video. Three days later, we released it.

What was the most surprising thing you learned from this experience?

I knew that the video would likely resonate with people, because the blog post had a few thousand shares. But I didn’t know how humbling it would be to hear its effect on people. It’s amazing when people share how it impacted them. I had thousands of responses in the comment section, and when I went through and read them—the vast majority of them positive—I got goosebumps.

I think the video basically empowers people to be proud of who you are. I shared what my religion means to me, and how I’m not just defined by that one thing, that I’m many things, and you can’t put me in a box, because I don’t want to be put in a box.

How much it resonated still moves me. Hundreds of people have written to say thank you. But really, I’m just a guy who did something.

People reach out to me and say that when their kids have been bullied or they’re feeling low, they watch the video and it helps. It’s become a parenting tool! Wow! I didn’t expect that.

And, in the end, it surprises me that I actually did it. It’s all very humbling.

What would you share with someone who wants to own their truth and tell their story, but may be afraid of the consequences?

As we learn in EO, authenticity is critical, and I believe very strongly in it. Speaking your truth is not always easy, there are downsides. My field is communication, and the video is a communications piece at heart.

I believe that people respond to things they can connect with, which are usually emotional things that trigger something deep inside. Things that are emotional are for the most part true. In terms of putting a message out there, whether you’re an individual or a company, it’s hard to argue with the truth.

So, don’t shy away from expressing truths that you feel very strongly about. Don’t be afraid to rock the boat, challenge the status quo—people are drawn to action, even more so when you express deep truths.

One caveat: When I say don’t shy away, I’m assuming that, hopefully, you’re coming from a good place and are expressing positive truths, with good intentions.

How did your TEDx talk come about?

A friend of mine, Guy Spier (a former EO member/friend of EO), organized it and asked me if I would come to Zurich and present a TEDx talk about my viral video. I had five weeks to make it happen. When you make something that personal, like my video, and then decide to do a TEDx talk to reveal the incredibly personal story behind it, there’s a lot of pressure. It’s a big deal. I worked with a coach and pulled it together in five weeks. I was nervous, but it went well. And it was an amazing experience. There were 16 total speakers. I was one of the first to speak, and then I got to experience all of the other speakers. It was an honor to be on the stage with them.

One interesting aspect of giving a live talk: In the planning stage, we went back and forth about showing the video during my talk. We determined that just showing 20 seconds of it wouldn’t have had the same impact as the entire video, and there wasn’t time to show the entire six-minute video.

However, after I gave my talk, one of the TED organization’s top leaders (the second in command at TED) wanted to see it, so the organizers carved out time during the event to show the entire video on the big screen, in front of a live audience of 300 people. I hadn’t ever seen it with that many people, so I got to watch their reactions.

What do you hope to do, or continue to do, in the future?

As head of a branding agency, my viral video experience and subsequent TEDx talk taught me a lot. I’d like to continue to try to make the world a better place. I think that if you have a talent for something, it’s irresponsible not to utilize that talent for the greater good. I’m working on other projects. I like helping people get their messages out there, and not necessarily just for business. As a creative person, I have a strong drive to do more.

With social media and technology, it’s possible to sit in the comfort of your home and be an activist, to make a difference. I hope I’ve inspired people to do that. If I can continue to inspire in small ways, medium ways or even large ways, and help people know that when it comes from the heart, anyone can do it and you can make a difference.

Eitan Chitayat is a global citizen and founder of the Natie Branding Agency in Tel Aviv. He is also a founding chapter member for EO Israel and was the Communication Chair for two years. A creative director, copywriter and brand-builder, Eitan’s been delivering branding campaigns for B2C and B2B clients for over fifteen years. He has lived in Hong-Kong, London, Tel Aviv, New York and Boston, and he was recently a judge for one of advertising’s finest global competitions, The One Show.