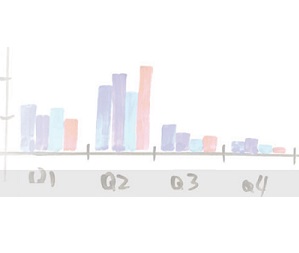 By Tim Hamilton, an EO Austin member and Founder of Praxent

For one fiscal quarter, I tried an experiment to boost my firm’s productivity. By the quarter’s end, the results were clear— painfully clear.

Like many custom software agencies, we estimate and bill our work based on the hours our developers devote to client projects. Given that our developers are expected to work 40 hours a week, it seemed logical that the more of those hours they devoted to client work, the more productive they would be and the easier it would be to meet our quarterly fiscal goals.

In our last quarterly planning session, my management team and I decided that our quarterly theme would be about finding our groove and hunkering down into productivity. We decided we would hold the team accountable for producing 35 hours of billable client time per week. Five hours seemed like a reasonable allotment for administrative tasks like answering emails.

As the mantra says, “visibility creates accountability,” so we arranged to track our progress daily on a public, thermometer-style chart. We created theme posters encouraging the team to call out members of the management team who interrupted them and made it difficult for them to reach their 35-hour mark. We dubbed these people our “Allocation Vampires” and made note of who on the management team was the biggest vampire each week. It was an eye-opening experiment, to say the least.

At first, everything started off OK. Our developers were on board and consistently hitting their targets for billable hours. It seemed all but certain that my move would pay off. But within a few weeks, I would have been utterly oblivious not to notice the changes in our office. Where once our work environment was loose and relaxed, things were now deadly quiet and tense; collaboration was once the norm, but an every-man-for-himself attitude began to take hold. It got to the point where my most tenured and trusted developers were barely greeting me or looking me in the eye.

I called in one of those tenured employees for a meeting. And even though I knew I probably wouldn’t like what I was about to hear, I asked him straight up: “What’s wrong?” He didn’t need much prodding. His dissatisfaction came out in a torrent. “I don’t go out to lunch with my colleagues anymore,” he began, “because just deciding where to eat consumes too much productive time. In fact, I hardly go to lunch at all. I just eat at my desk. And I used to love jumping in to help others untangle a complicated problem. But I find myself less willing to do that because it hurts my own productivity.”

Other employees were equally unhappy, with issues around the 35-hour-per-week target as the root cause. The worst part was that nearly every employee said that while they might look more productive on paper, they didn’t feel like they were doing their best work. With the end of the quarter coming up, I still held a slim hope that our fiscal results might prove to them that it was all worth it … and then I read something that convinced me it never would.

I had just picked up “Creativity, Inc.,” by Ed Catmull, president of the fantastically successful Pixar Animation Studios. Catmull’s behind-the-scenes stories are full of inspirational lessons for creative entrepreneurs. In one chapter, Catmull relates an anecdote about legendary management guru, W. Edwards Deming, who was sent to Japan after World War II to help rebuild the country’s manufacturing sector under the Marshall Plan.

At the time, the phrase “made in Japan” was widely interpreted as “shoddy workmanship.” Within less than a decade, Deming’s work was the catalyst that transformed its meaning to “high-quality.” When Deming arrived, Japanese manufacturers were fixated on productivity, enforced by a rigidly hierarchical management structure. Deming realized that product quality suffered because employees learned quickly that pointing out lapses in quality slowed down production— and also put their jobs at risk.

Deming also realized that poor sales due to quality issues negated any productivity gains. He convinced Japanese manufacturers that product quality, as opposed to productivity, must be each employee’s top priority. Soon, Japanese assembly-line work stations were equipped with kill switches, so any worker could stop the entire line to address a quality issue. This was a radical move, explicitly prioritizing quality over productivity. And we know how the story goes. In time, Japanese brands like Sony, Nikon and Toyota would become known for superior design and craftsmanship, envied for both their profitability and productivity.

Looking back, I realized that by imposing a strict target for billable hours, I had unwittingly encouraged our employees to emphasize productivity over quality. In our business, quality doesn’t just encompass attention to detail and reducing errors; it also means finding the most creative and elegant solutions to challenges. So, in effect, my idea didn’t incentivize the aspects of their jobs that our employees found most fulfilling.

As our end-of-quarter staff meeting approached, I had all of the information I needed to evaluate my experiment without even looking at the P&L. The anecdote about Deming and, more definitively, my employees’ dissatisfaction, told me everything I needed to know. An environment where our employees feel free to do their best work is nothing to experiment with. Armed with candid feedback from employees and clients, we’re going into our next quarter with a focus on empowering the team to collaborate better, enabling them to focus on the quality of their work and on meeting or exceeding our commitments to our clients.

This article was featured in December’s Octane. Keep your eyes peeled for the Project Octane video, coming soon!

Tim Hamilton (pictured) is an EO Austin member and the founder of Praxent, a custom software and web app development firm. Contact Tim at [email protected].