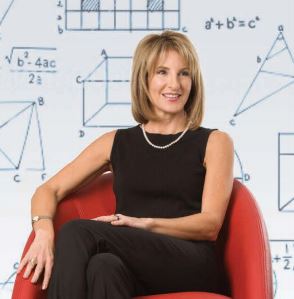 By Kathy Heasley, founder and president of Heasley & Partners, Inc.

As an entrepreneur, some days I wonder what kind of leader I am. I wonder if I’ve hit the “sweet spot” of my leadership abilities, or if I still have a ways to go. I think everyone has the ability to lead, and with that responsibility comes the power to shape lives. When I think of how I got to be the leader I am today, I think of one person: Mr. Boyer, my high school geometry teacher.

Mr. Boyer was a burly man who taught theorems about angles and polygons to hormone-infused 15-year-olds. What made Mr. Boyer different from all of my other teachers was his clear commitment to growth; he made a conscious decision that his classroom would be a “because of” classroom. He was going to teach geometry, sure, but he was also going to shape his students’ lives. They were going to succeed in life “because of” him. The alternative was the “in spite of” classroom. You know the ones, where looking back you think I am where I am “in spite of” that experience.

The thing about Mr. Boyer was that he was engaging. He knew he’d have to do more than just teach from a textbook; he was willing to do the hard work. He was also very caring. He didn’t have any favorite students, and he never labeled. Even the kids who were sadly pegged as “dumb” in other classrooms weren’t in his. He got excited when you got it right, and he was encouraging when you weren’t quite there. I can still hear his spontaneous “Yesss!” when a student answered correctly, and the slide of chalk as Mr. Boyer proudly logged the solution for the whole class to see.

Like your parents, Mr. Boyer was the kind of guy you never wanted to disappoint. Underachieve and he’d call you on it. He respected that everyone had their limitations, but he also expected us to stretch beyond those limitations on a daily basis. He was approachable, but more importantly, he approached us … all of us, not just the math wizards or troublemakers. He’d say, “Good job.” “You can do better.” “I’m expecting great things.” And even, “Tell me what’s going on.”

Mr. Boyer was also tough— the best leaders are. His homework and tests were difficult. An “A” in his class meant something, but it was also attainable by everyone. And that, among all these Boyer-esque qualities, is really the mark of a great leader. Great leaders set up the environment for excellence, results and achievement. They instill in you the confidence you need to thrive and achieve success, no matter how difficult things may seem. And miraculously, they do it all through work that others perceive as dreadfully mundane, terribly unimportant and nearly purposeless.

We may have thought Mr. Boyer was just a geometry teacher, but looking back, he was a master of communications. He would have never won the battle for our engagement if he tried to refute the typical, “I’ll never use geometry, so why do I have to learn it?” complaint. He communicated something far bigger through his actions and words: He gave us a grand vision, a reason to work hard and not give up. He led us to greatness by showing, not telling, us that if we can do geometry, we can do anything. Thanks, Mr. Boyer. You were absolutely right.