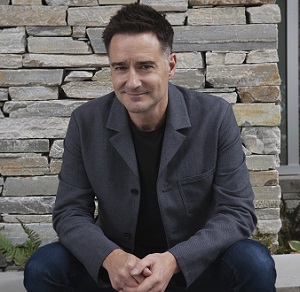 By Brian Scudamore, an EO Vancouver member and founder of 1-800-GOT-JUNK?

It would have been easy to spend my life as a Rubbish Boy.

At 19, I started a junk-removal business called The Rubbish Boys to pay my university tuition. In only a few years, we had 11 employees and were pulling in half a million dollars in revenue a year. The Rubbish Boys were predictable and profitable. And it would have been easy to stay the course – but I couldn’t.

For many entrepreneurs, the thrill of early success is quickly replaced by the frustration of hitting a ceiling. You’ve cornered a market, or at least part of one, and you’re good at what you do. But you’ve reached a limit in terms of revenue, size and profitability. You know you want to grow, but what’s the next step?

Fast-forward 25 years and I’ve got a passionate staff of more than 300, with thousands of people working for franchise partners around the world. In addition to 1-800-GOT-JUNK? (formerly The Rubbish Boys), I’m at the helm of two other brands and ready to launch a fourth. Along the way, I’ve learned important lessons about taking your business to the next level. For entrepreneurs hoping to scale up, I’d like to share a few tips from the frontlines.

Among the biggest mistakes I made early in my career was thinking too small. I was so reactive to the day-to-day of building a business that I never stopped to look at the horizon. And, like lots of solo entrepreneurs, I was afraid to dream big.

That ended one day on the dock of my parent’s home on Bowen Island, outside Vancouver. I’d taken my business as far as it could go and I felt defeated. So I closed my eyes and dreamed what a future could look like. It was an exercise in pure possibility – no nagging voices saying you can’t do this or that won’t work. When I opened my eyes, I had a plan, a ridiculously ambitious one: In five years, my company would be in the top 30 cities across North America.

Some of today’s most recognized and successful entrepreneurs took a similar approach: from a young Mark Zuckerberg (who insisted social media could be a billion-dollar industry) to Steve Jobs who, in 1976, came up with a plan “to put a computer in the hands of everyday people.”

I call my visioning process the Painted Picture and use it to this day. It can encompass everything from a brand’s look and feel to crazy, audacious goals that seem impossible. At heart, it’s about dreaming big and not selling yourself short.

So now I had a dream. There was just the little matter of making it come true. The first step was one of the hardest: I had to fire all 11 of my original employees. Why? I hadn’t surrounded myself with the best people from the start. Some were okay; others were just bad apples. But they weren’t going to cut it.

LinkedIn CEO Jeff Weiner said it best when he pointed out that the best hires do three things: “dream big,” “get shit done,” and “know how to have fun.” For me to get where I wanted to go, I needed people just as ambitious and inspired as I was. They also had to be individuals I trusted and could connect with – the kind of people I’d invite to a backyard barbecue.

For a few lonely months, the business was just me – answering phones, cleaning trucks, hauling the junk. It was exhausting, but worth it. Slowly, I was able to put together the team I needed and 1-800-GOT-JUNK? took shape. To this day, even with hundreds of employees, we exercise the same care when hiring to ensure cultural fit. It may require more outlay upfront, but in the long run it’s worth it.

And there’s no shortage of data and observations to back that up. The U.S. Department of Labour, for example, estimates that the average cost of a bad hiring decision can equal 30 per cent of the individual’s first-year potential earnings. Meanwhile, Zappos CEO Tony Hsieh insists that bad hires have cost his company $100 million and now pays employees a $2,000 quitting bonus to get duds out the door.

Nail the formula, rinse and repeat

I’ll be the first to admit it: junk isn’t rocket science. Immaculate trucks, uniformed drivers, catchy branding and serious attention to customer service distinguished us from the pack. We took what was considered a dirty, disreputable business run out of people’s garages and turned it into a modern, professional operation.

For many entrepreneurs, this would be the end of the story: mission accomplished. For us, it was just the beginning. Having found something that worked in one context, we immediately set out to deploy that same formula elsewhere. This mental shift is critical for ambitious business people looking to scale. Franchising – with partners operating in major cities – seemed far and away the best strategy.

There was just one problem. Everyone I spoke with said junk removal couldn’t be franchised. There was too much competition. The barrier to entry was too low. Anyone could do it. But we had a secret weapon: systems and processes, for everything from how we ran our call centre to the uniforms that our truck team members wore. These were actually written down, each process compressed to a single side of a page. It sounds boring, I know. It made all the difference.

Because we had systems in place, we were able to replicate our success in cities across Canada and the United States. Franchise partners had both a solid foundation to build a business on and plenty of freedom to adapt to local conditions. With time, we expanded to hundreds of locations.

For entrepreneurs, dreaming big, hiring the right people and putting systems in place has an added benefit: It creates a positive feedback loop. Each achievement becomes the launching pad for the next. After two decades with 1-800-GOT-JUNK?, I realized the structures we’d created could apply to other fields, so we leveraged the infrastructure to launch a moving and painting company. Each new venture brings its own risks and headaches. But, when I look back to my days as a Rubbish Boy, I’d take the joys of scaling, growing and dreaming any day.

As seen in The Globe and Mail Careers’ Leadership Lab series, where executives and experts share their views and advice about leadership and management.

We are excited to announce our first online meetup! On 2 December, EO will be hosting Brian Scudamore, founder and CEO of 1-800-GOT-JUNK?, and Brian Wong, founder and CEO of Kiip, for a Twitter party! Starting at 8:30 p.m. (EST), Brian and Brian will share stories about their journeys, offer insights and answers to your questions, and give away prizes! Interested? Follow us on Twitter (@entrepreneurorg), and use the hashtag #Ask2Brians to participate. RSVP today!