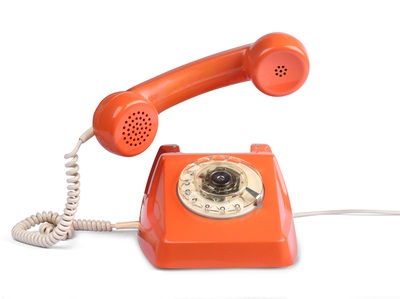 By Bob Bernstein, an EO Nashville member and managing member of Bongo Productions

I have a list of crazy, far-reaching, out-of-nowhere ideas that have little chance of happening, yet are worth one phone call.

The goal is to think the idea through only to the point where I can identify one person who is qualified to keep it alive or kill it.

The “Worth One Phone Call” list serves two big purposes for me: First, the list provides a place for ideas that have little or no connection to my business yet won’t go away. Simply writing the idea down makes me feel I did something with it, which in a weird way clears a space in my head and in a real sense makes me feel productive. Second, the list serves as a positive reinforcement to think big and outside the box.

Ideas pop in my head like deals pop in Warren Buffet’s lap. Catchy slogans, silly promotions and new restaurant concepts come so frequently that I forget most of them by the time I eat my next meal. Those that do stick around long enough get passed off to my Director of Operations with a subject line like “Idea 362” which gets followed almost immediately by “Idea 941.”  Her main job may be to edit me. She told me her rule of thumb is to ignore all of these unless I mention them three times.

Ideas on my “One Phone Call” list mainly involve business in some shape or fashion, but are way outside my normal line of business. These are things that would drastically change my world.  For instance, this list has included buying sports teams, creating a dot com business and developing a legacy non-profit institution.

The “One Phone Call” idea popped into my head during an eight-week family vacation in Italy two years ago.  Being away from business helped me clear my head from day-to-day ideas. Instead, I found myself thinking way bigger. Many of these were flashing moment ideas; they’d be gone within minutes, hours or days.

The one idea that wouldn’t go away was “buy the Nashville Sounds” (the local minor league baseball team). I reasoned that the team wouldn’t get the new stadium it needed for the 25 years I lived in Nashville until it had local ownership. During the trip, I sketched out the whole business model in my head, including who I could get to be lead investors and the wild Bill Veeck-like promotions I’d create to add excitement. Eventually, I decided on the one person I would call to run the idea by. That’s where the “One Phone Call” list began (soon after I returned from that trip, it was announced that a stadium deal had been completed and I never made my one phone call).

I don’t yet have any concrete results from my “One Phone Call” list.  There have been some promising initial results followed quickly with harsh realities. For instance, there was the “That’s interesting” followed a coupe days later by a detailed three page memo filled with reasons it wouldn’t work; a quick, unexpected offer to help raise US$1 million followed a couple days later with a list of other companies doing virtually the same thing; and the “It’s a good idea, but you should talk to so-and-so because he’s about to launch that.”

Another great thing about a “One Phone Call” list is that if the ideas don’t happen, there isn’t much invested. By labeling ideas as “one call ideas,” I’ve given myself permission to not do anything more than find one person who may hold the key to running with or away from the idea, and prevented myself from investing anything that would give me a sense of loss.

So despite nothing happening yet, I love having my list. Heck, I recently got a “That’s a great idea. Let’s set up a meeting with some others.”

Perhaps I’m on to something.