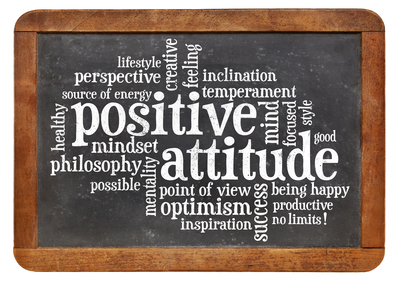 By David Notte, the CEO of Wolfgang Commercial Painters and an EO Vancouver member

Soon after joining the Entrepreneurs Organization, I got involved as a mentor with Accelerator, a program run by EO which helps early stage entrepreneurs “accelerate” past the million-dollar mark. I thoroughly enjoyed my time as a mentor; by asking questions, listening and sharing experiences with my mentees, I helped them avoid some common entrepreneurial pitfalls. In return, working with the Accelerators re-energized me, sharpened my leadership skills and kept me on the cutting edge of the latest business trends.

It was a classic win-win arrangement. So, when the opportunity came to act as Accelerator Chair for Vancouver, I jumped at it.

I arrived at the Chicago Global Leadership Conference wide-eyed, excited about my training and ready to rock. Reality set in: I learned that my Accelerator Chapter was “red flagged”, membership in Vancouver was dwindling and our local board was not “bought in.” All of our mentors had jumped ship; some Accelerator members had gone rogue and even worse, some no longer qualified for the program. Yikes, what had I gotten myself into?

On the plane ride home, I put together a “turnaround” plan; it wasn’t pretty and it looked like a ton of work. I was busy with my own business and three young kids; I didn’t have the time to execute the plan. I seriously considered flaking out.

Waiting for me when landed was a voicemail from one of my mentees. He had landed an important client, a tipping point for his business and he was over the moon. His excitement and passion completely lifted my spirits, and reminded me why I got involved with Accelerator in the first place.

That voicemail was all it took. That same passion, positive energy and tenacity that propelled my mentee to his first big win were going to the catalysis for turning around Accelerator Vancouver. There was no momentum to capture and no legacy to build upon. But, I believed in the program and I had a Vision. In short, I cared and I hoped that would be enough.

I put together a committee of amazing people and we set to work ,turning around Accelerator Vancouver. Within a year, we grew membership from four to 20; on average, our Accelerators grew their business by 25%; we added five incredible EO mentors; and the Vancouver Chapter as a whole, bought in.

There were several lessons learned during my year as Accelerator Chair. Without a doubt, my “nugget” was the power of positivity. At our darkest hour, when I wondered if anyone would show for our first recruitment event, I relied on positive Leadership. Really, that’s all I had to offer, passion and positive energy.

The lessons learned have been transformational to my leadership style, which in the past, hinged on intensity and singular focus. My staff at Wolfgang has noticed the difference and they have commented many times how they appreciate my calm and positive support. Never thought I would hear that!

So, thanks Accelerator Vancouver for a fantastic year and an invaluable lesson. What a ride, what a blast!

2 Responses to “ The Power of Positivity ”