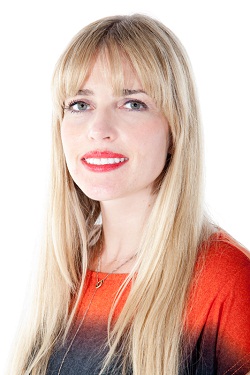 When I set up my communications consultancy in London in 2008, it didn’t occur to me that being a foreigner living in the U.K. might have an impact on my business. I’m originally from South Africa, and at the time I launched my business I had been in the U.K. for four years.

In that time, I had built up a reasonable network, but it was nowhere near the size of my contact book back home, where I had access to my school friends, classmates from university and parents’ contacts. I’m not sure I would have been able to mine this network for new business (and I wouldn’t have felt comfortable doing so), but I sometimes wonder if I would have benefited in other ways from having access to people who knew the system and could share their experiences with me, particularly through the tough early years.

At the same time, perhaps setting up a business outside of my home country also had its advantages, giving me an international perspective and reducing the perceived risk of failure (if my family and friends were abroad, they probably weren’t watching!). I started speaking to other entrepreneurs who have set up shop abroad, and found some interesting advantages. Clare Flynn-Levy, founder of London-based Essentia Analytics, a behavioural finance software company, found her own advantages in setting up abroad:

“One thing I’ve noticed is that I am far less afraid of setting up international operations than I’ve seen US-based companies be; they are generally terrified of the tax implications (which is understandable, as U.S. tax is the most terrifying kind) and are sometimes overly risk-adverse as a result. What they’re missing, however, is that if they are in a services business with any kind of online presence, they are already serving a global customer base, and should embrace it.

“I think I’m also far less likely to do something completely stupid around cultural sensitivity in any market. As an ex-pat, I am already aware of my own limitations around understanding other cultures, as well as the reactions people have to what’s left of my American tendencies. People who have never set up a business outside their home country often underestimate how different the environment and the cultural norms are elsewhere, then wonder why they struggle.”

Reg Bamford, a native South African, founded his company in London in 1996. For him, being an ex-pat worked directly to his advantage, as the Sable Group provides financial services to ex-pats living in London. Reg comments: “Having been through the experience of emigrating, I was in the ideal position to help South Africans moving abroad. This has now been expanded to other nationalities, but has been the foundation of Sable’s success.”

Richard Conway, originally from London, founded his digital agency, Pure SEO, shortly after emigrating to New Zealand in 2009. Richard feels that the experience he gained whilst working in the industry in the U.K. gave him a competitive advantage in New Zealand. He comments: “In England I was exposed to a far more mature and competitive market, which I was able to use to my advantage. After four years, Pure SEO has grown to be the largest specialist search engine optimisation company in New Zealand.”

If you’re setting up your business abroad, there are loads of resources available to help you:

2 Responses to “ The Immigrant Entrepreneur: Turning Your Foreignness to Your Advantage ”