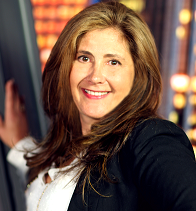 By Judy Gatena, an EO Los Angeles member and president and COO of REP Interactive

I was the first person in my family to drop out of high school and start a company, one that I owned and operated for nearly 30 years. So when it comes to watching a business go from birth to brick-and-mortar, I have plenty of experience in that space. When it’s your own son that’s doing all of the business building, however … well, that’s a little different. That’s when a mother’s patience is really put to the test.

Until I joined REP Interactive, I had never had business partners with whom I was required to cooperate. Add in the fact that your son is the one making all of the calls, and it certainly takes some getting used to. Building a company with my son and his friends began as a cool experiment, but it was challenging early on. When we started, I was working with a group of kids who lacked business etiquette and the basics of organizational development. But they were brilliant “creatives,” eager visionaries who could see a need, create a solution and adopt new technologies in record time. And they eagerly met every challenge that popped up along the way.

As we grew the company, our employees began to transition from skilled labor to managerial roles. Unfortunately, we didn’t have the right management team in place to sustain a multi-mil- lion-dollar business. So, in 2012, Steve received a scholarship to USC’s Marshall School of Business, and upon finishing the pro- gram, he began to replace a few founding employees and make major structural changes. It was very emotional watching him lay off people we had worked with for years. I wanted to step in and help guide the process, to be a mother in the workplace, but I let him learn from his mistakes. I placed my complete trust in Steve, stepped back and watched him grow into the thriving business owner I knew he could be.

It was an incredible journey! Along the way, I wound up learning a lot by observing how my son handled everything, and for the first time in my entrepreneurial career, I was given a new outlook in business. Since Steve made those key adjustments, our company has grown by 300% and we’ve won dozens of awards. Five years ago, my son approached me with a home- work assignment that turned into REP Interactive. Watching him act on his dreams has been incredibly exciting and rewarding. I never expected any of this, but I’m definitely a proud mom, and I love where our company is headed.