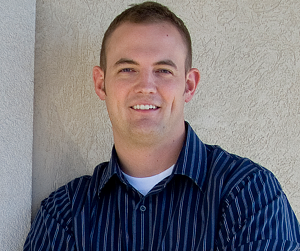 By Matt Shoup, an EO Colorado member and owner of M&E Painting

When I founded my painting business in 2005, I admit I wasn’t thinking about the culture of the company. At that stage of my entrepreneurial career, I was only concerned with putting food on the table for my family. It wasn’t until the business grew that I began to focus on the next logical steps of scalability. I kept hearing about “company culture,” but I suppose I had a fairly fatalist notion that the culture of a company had a mind of its own, and that there wasn’t a whole lot to be done to manipulate it. I certainly didn’t think it was a worthy top priority.

As I researched the topic more, I realized that a company worth working for is a company whose culture has been carefully crafted. To create a winning culture, we constructed core values and made them concrete with measurable goals; we began celebrating staff excellence with surprise bonuses; and when the company had a success, we hosted events to congratulate each other. By the end of 2009, our company had grown nearly 500 percent, with revenues of roughly US$2 million. It seemed clear that we had created a culture of distinction, drive and growth. From the outside, things seemed great. On the inside, however, we were losing a grip on our goals.

For starters, an expansion division of our company flopped, costing us tens of thousands of dollars. As a result, we were forced to notice two long-term team members who were poisoning the atmosphere. Around the same time, I attended an EO Colorado event, where business guru Jack Daly was speaking. His words challenged me and continue to resonate: “step back and tell me, how does your company smell?” he was talking about company culture, and I instantly knew mine smelled rotten. It was time to clean house.

When I returned to work, I immediately showed the two negligent employees the door they had been so eager to run out of every day. Then the real dirty work started, as we dealt with the aftermath their apathy had created. Unpaid bills, unhappy customers, incomplete documents that needed resolution— the damage was great. Still, the rebuilding was going well, and the air slowly began to clear. Things started to “smell sweet” again. Our weekly company meetings took an immediate turn from downtrodden to tenacious. People were smiling and confident. As a team, we were able to move beyond just getting the job done. The focus returned, and the company was back on track.

What did I take away from this chaotic experience? Having a company culture is not enough; it should smell sweet and incite employees to do their best work. Also, I learned to listen to my gut more, trusting myself when I detect the first hint of anything running counter to our culture. When I sniff out a bad odor, it’s my job to address the root of the problem.