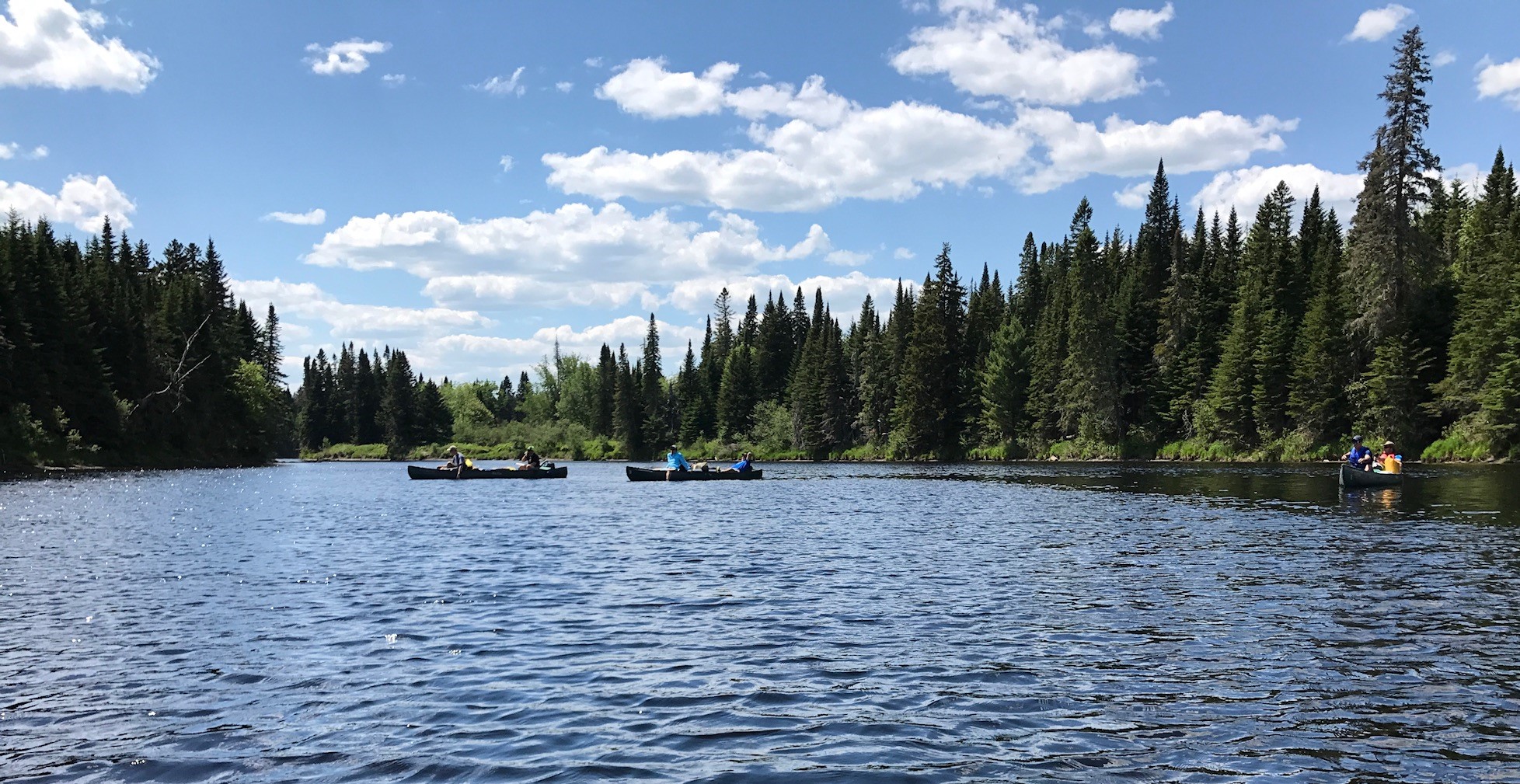 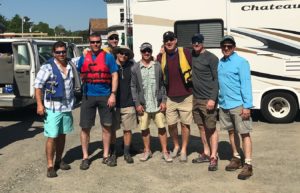 When it comes to leadership training, you hear a lot of clichés:

The list goes on. Little did I know how an EO Forum retreat would make these sayings resonate much more deeply with me.

When I agreed to attend the EO retreat at Moosehead Lake in the Maine woods for a weekend of camping and canoeing, I was excited to move outside my comfort zone. Retreats are a great way to break out of day-to-day routines, grow personally and professionally, and have fun.

I’m also a big fan of Jocko Willink’s and Leif Babin’s book, Extreme Ownership: How US Navy SEALs Lead and Win. Our Forum read the book as part of our retreat exercise to discuss leadership principles.

Very shortly, I would see those principles in action: Nine of us were about to spend the next two-and-a-half days camping and canoeing our way through the Maine wilderness.

To achieve success, everyone must row in the same direction

Almost the minute we got into our canoes, laden with two days’ worth of supplies, those clichéd sentiments you hear from keynote speakers and motivational consultants became real-life wisdom.

If we weren’t all rowing together and working in unison, everything became more difficult. We had to expend way more energy than if we rowed in harmony, and if someone wasn’t rowing, the canoe would zig-zag off course. To accommodate for these passive detractors (“paddle dippers,” we called them), everyone had to work twice as hard to get us back on track and carry those who weren’t doing their fair share.

After four hours of rowing, Day One was complete. A rainstorm hit, and we awoke to the damp chill of a 50°F (10°C) Maine morning. Sore and cold, we all began to realize we were in over our heads. This was no “six-pack and cigars” rafting trip. With no sign of the rain letting up, we had little choice but to get back into our canoes and row 20-plus miles to our next campsite—sometimes against the current.

To arrive at your destination, you have to know the direction you’re headed

Beyond the physical exertion, what made the trip even more difficult was the fact that we didn’t know where the pickup point was. (Enter lesson number two.) Since we didn’t have an exact destination, the effort became twice as hard. Were we going one mile or twenty? Because we couldn’t properly plan, we didn’t know how much effort to exert. If we rowed as hard as we could, we risked burning out after one hour with seven left to go. Not knowing the end goal made our work doubly difficult.

We were exhausted, and we’d been soaked by rain for 48 hours. However, it was the final day, and we were all having a good time. We were completely off the grid with not one bar of cell service, and we were still two hours away from civilization.

If you don’t know your destination, you can’t make an effective plan to get there

When we loaded into our canoes, our self-appointed leader and self-proclaimed outdoor expert, “Jason” (not his real name), shot ahead in his boat by about half a mile. We knew our final pickup point was approximately an hour or two away, so after three hours of rowing, it became clear that something wasn’t right.

Because Jason was so far ahead, nobody could verbally call to him. After four hours of constant rowing, Jason finally pulled his canoe over. It took another hour for everyone to catch up. Once the group was together, Jason walked up with his head down. He didn’t know it, but he was about to provide the third (and arguably most important) lesson of the entire trip.

Jason, the ostensible outdoorsman of the group, looked us square in the eyes and told us he’d had his compass upside down! We were now a four-hour row south of where we were supposed to be.

Even though everyone saw red in that moment, we also recognized that Jason had admitted his mistake, owned up to it, and sincerely apologized. Though he felt terrible, he exemplified the lessons within Extreme Ownership, which helped to diffuse the situation. There were still some negative feelings—understandably—but had Jason made excuses, that bad situation would have been exponentially worse.

Rising to the challenge

On that last day, we rowed for eight hours instead of two. Despite the setback, the adventure was about to offer one more unexpected lesson. As soon as I realized we would have to row that additional four hours, I felt a weird sense of adrenaline and euphoria. I had no choice but to complete the mission, and instead of feeling fatigued or overwhelmed, I rose to the challenge—because I had to. Everyone in the group felt this to some extent, and the trip ended on a high note.

After mapping it out, I calculated that the group rowed about 90 miles in under three days. We rowed, ate and slept in the cold and rain. We pushed ourselves to our physical and mental limits. Yet, because this trip was the physical manifestation of leadership lessons we hear about rowing in the same direction, knowing your destination and owning up to mistakes, the retreat was both one of the most impactful and one of the most fun I’ve ever experienced.