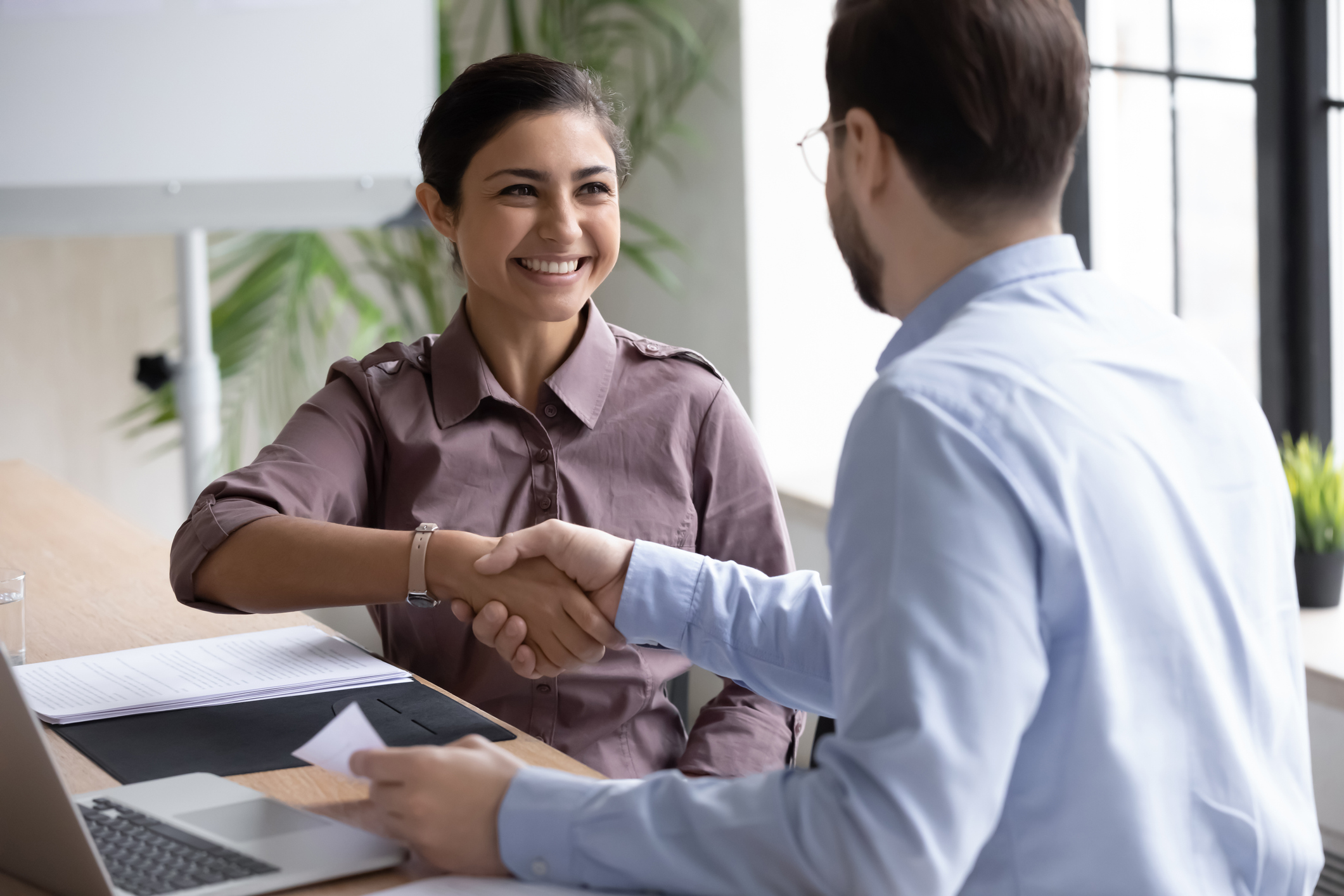 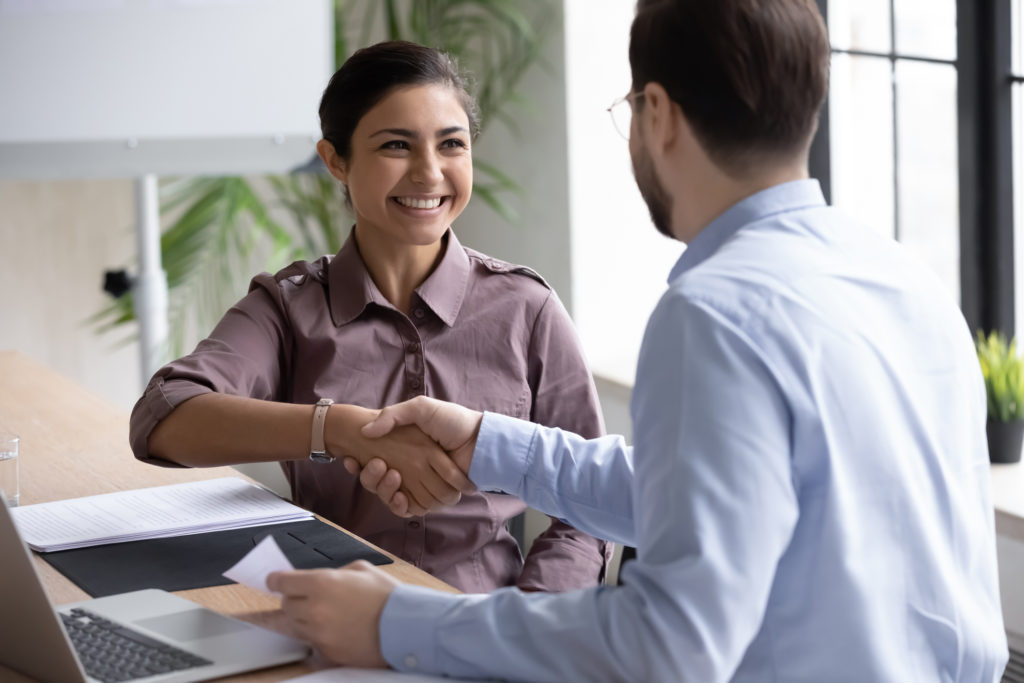 “Anyone who has never made a mistake has never tried anything new.”
–Albert Einstein

It’s almost hard to believe that I have been managing teams for more than 15 years. Time definitely flies!

I had the incredible privilege of being trained at one of the best schools for leadership in the world: Newell-Rubbermaid. As a business, it isn’t necessarily known for a dedication to improving talent, but I can say from first-hand experience they truly care about building each employee into a leader from the get-go.

I received weeks of leadership and sales training, learning from the industry’s best. They challenged me and pushed our entire team to always aim for higher goals.

In today’s fast-paced world, I often come across new managers who have never been trained for their job. The pattern often goes like this:

1. An employee performs very well at their job
2. They are promoted into a manager position
3. They are given a team and told to lead

From there, they are off to the races with an ill-equipped toolbox to learn from their mistakes.

It’s a dangerous game to play. The consequences can often result in poor company culture or a lack of focus and vision. Accountability is hard to come by and goals are either missed or never established in the first place. I don’t blame companies for doing it: We have an almost natural tendency to assume that “A” performers will figure out what to do—and they’ll (somehow) eventually succeed. Sometimes they will succeed, but often they won’t.

Even with great training and mentors, I made my share of massive mistakes as a first time leader. Learn from mine!

From Colleague to Boss

After 14 months in my first role as a sales representative, I was promoted to district manager. Suddenly I had a team of seven reporting to me. Half of them were former peers who worked with me—daily, side by side. Now they were being asked to report to me, and I was being told to lead them.

I decided to take on the “friendly” approach: We were all friends, after all! That failure was an epic one: I was not able to earn any respect and had so much trouble setting expectations and providing feedback. Being liked was too important to me. Ultimately, the friends strategy failed, and I wasn’t able to make the leap from colleague to boss while being a successful leader. Many problems were caused and the first six months were a major challenge.

While I eventually figured out a better way to lead the team, some of the employees left, not wanting to work for a former colleague and friend.

If you are thrust into a position where you must suddenly manage a former peer, have an honest discussion with them. Set expectations. Be sure to communicate that while it may be an awkward situation, you will do your best to provide leadership and set up your team for success. It’s your team’s choice to respect the roles and perform at a high level.

There comes a moment in every leader’s life when he or she is forced to fire someone. It is a tremendously difficult moment that often causes anxiety and fear. I certainly felt both emotions when I was faced with this daunting task the first time. I did my best to prepare. I tried to plan in advance what the employee would reply, but things didn’t go as planned.

I came to the meeting with resolve. The problem? I hadn’t practiced what I would say or how I would handle any deviation from what I expected to happen. As always, the unexpected made its presence known quickly.

During the meeting, instead of explaining the reasons for the firing, I simply blurted it out. The approach was insensitive and lacked empathy. My employee began crying wholeheartedly. We were in a coffee shop as we didn’t have local offices. People stared in horror. They were right to do so: The scene was becoming a bad movie. I had unnecessarily hurt someone due to my insensitivity, my lack of planning and my nerves.

If you are ever put in this situation as a first-time manager, it’s important to be prepared. Understand the facts inside and out. Rehearse what you will say. Write out bullet-point notes and stick to a script, but prepare for a difficult reaction and expect the unexpected.

As a young leader, I was obsessed with showing my boss how hard I worked. I wanted to put in the most hours and prove that, by pounding the pavement, I was the best employee in the company’s history. I was wearing 60+ hours per week on my sleeve as a badge of honor. My second boss showed me the error of my ways.

He explained that it was obvious I was trying to show my “incredible” work ethic as measured in hours—which had zero impact on him. He cared only about results and progress—and he wasn’t impressed with me trying to be a machine (all machines break down eventually, after all). He taught me how to value working smarter, not harder. He didn’t care how many hours I worked, as long goals were accomplished.

Second, he genuinely worried I would burn out and wanted me to care for my mental health. He had experienced burnout in his career and it set him back. Teaching me how to use my time better, while also showing me how to teach the practice to my direct reports was eye-opening. Everyone understood that our culture was based on setting expectations and doing our best to surpass them by always thinking through our actions.

Be clear on what productivity means to you, and learn to measure productivity for your team members accordingly. “Hours worked” will not necessarily be the best key performance indicator. It’s crucial to understand what numbers they need to hit and help them work into that reality. By learning to set S.M.A.R.T. goals (specific, measurable, attainable, timely, realistic), you are setting your team up for success.

As a young leader, mistakes will be made: There is no avoiding it. In fact, we will continue to make mistakes throughout our career.

How quickly you learn from these mistakes will ultimately define your level of progress. Ask for help, ensure you get the right leadership training, and enjoy the process. Leading is both challenging and exhilarating, but the world needs better leaders. Can you be the next great leader?

Shawn Johal is a Scaling Up Certified Coach currently working with several entrepreneurs and their businesses to help accelerate their growth, while finding personal balance and happiness.