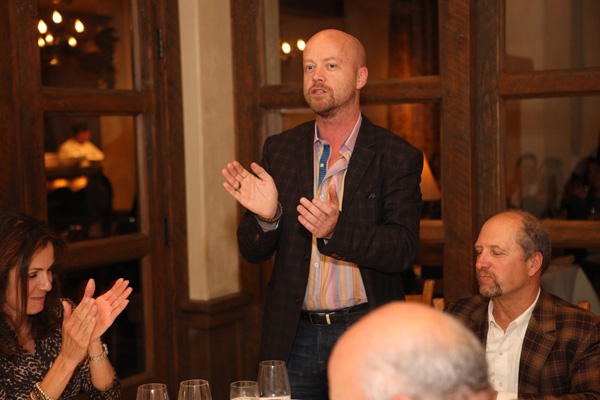 Meet EO Nashville member Mike Faith. In 1990, he sold everything he had and left England for America. With just one suitcase, he arrived in pursuit of work, better weather and wealth. In 1997, Faith founded Headsets.com, an online retailer of cordless and office headsets. Headsets.com has since grown to serve more than 700,000 customers and produces annual revenues of over $30 million.

Faith is passionate about customer service, learning and growth, and is regularly quoted on his client service expertise. He also created Reserve Dinners, a charity organization that invites well-known personalities from various backgrounds to spend time in conversation with EO members as well as other entrepreneurs. The events raise money for a charity chosen by the guest of honor. Past guests have included Sir Richard Branson, Annie Duke, General John Abizaid and Vice President and Chief Information Officer of FedEx Rob Carter.

“I’ve done events in restaurants and at home. I like the in-home option because I think it’s more personal. EO members make up over half the audience typically as they tend to have a desire and strong propensity to learn from the guests that I invite,” says Faith. “Many of the events are private with no publicity or camera.”

We connected with Faith after the most recent Reserve gathering, a conversation with Canadian journalist and writer known for his four New York Times bestsellers, Malcolm Gladwell.

The most recent gathering was with Malcolm Gladwell. How do you select your featured guests?

I select people who are going to be interesting—people we’re going to be able to have real conversations with, and people where I can push the edge just a little bit so it’s a unique experience for everyone.

You ask Gladwell what he would prioritize as president of the US. What role do you believe entrepreneurs in particular can—or should—play in politics?

Frankly, I’m not sure if entrepreneurs are right or not for politics. On a personal level, I generally like the entrepreneur in my own selections of who to vote for, but I also think our personality styles can carry too high a risk. Entrepreneurs’ jobs are to make money and create jobs and innovate, rather than run the country—just in the same way that most politicians don’t become entrepreneurs after.

Gladwell is well known for asserting it takes 10,000 hours to expertise—agree or disagree?

Yes and no. I don’t think it’s an exact number, but I think the spirit of keeping going for long enough in learning and mastering a craft while others that have tried are dropping out through lack of commitment leaves you as an expert in a field. So broadly speaking, yes!

What was the greatest personal takeaway from your discussion with Gladwell? Any surprises?

I think my biggest takeaway is how well versed Malcolm is and his style of making a point without being over-emphatic about it (but still retaining enthusiasm). We hadn’t rehearsed anything before, nor had we discussed any lines of questions. It was free-flowing and he rolled with it skillfully. 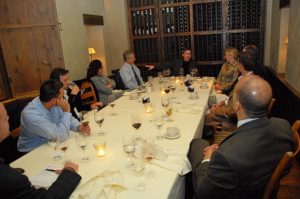 Regarding EO, please share what has been the most valuable benefit of being a member.

I’ve been an EO member for 19 years, I think (who’s counting), and I love the organization. Over the years, I’ve benefited mainly from Forum, of course, and also great social events as well as opportunities for international travel. Whenever I go to another city, either US or overseas, I always reach out to the chapter and make good and interesting friends. When people come to Nashville, I’m always eager to meet them and show them what we’re about here.

EO Nashville is the largest EO chapter and features a high percentage of women. What can other chapters learn from EO Nashville?

Yes, EO Nashville is a fast-growing chapter, and of course the largest chapter in the US. I think a lot of it is down to our three full-time chapter directors who are incredibly knowledgeable, enthusiastic and smart. They strike an excellent balance driving initiatives forward without over-controlling them. It’s a delicate art that they pull off really well. 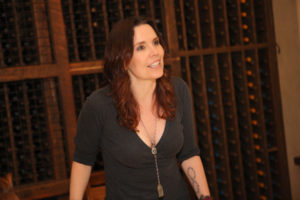 In terms of our female members, I’m not sure why, but I think the whole culture and spirit of the EO Nashville chapter is so non-old school and so progressive in many ways. Nothing matters apart from where we’re all going next. I guess I’m saying that I’m not entirely sure why, but I invite EO members from other chapters to come and take a look. We’re an open book and want to help others!