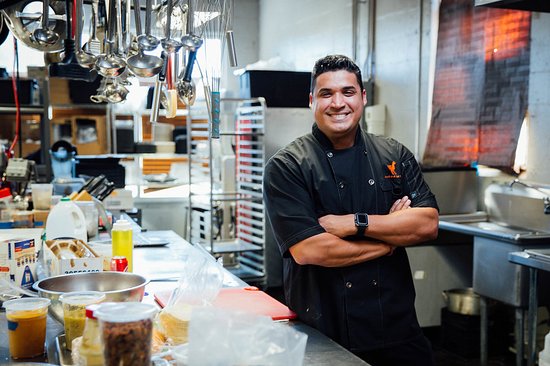 While at the helm of Magdalena’s, he was accepted into EO Accelerator, a program designed to help startups reach US$1 million in annual sales. Once he reached his target revenue, he was accepted as an EO member.

Rodriguez says, “A little bit of hard work and faith goes a long way. There is so much competition in the food industry, and it’s hard to stand out among so many great companies. We definitely got more no’s then yes’s, but with some persistence, hard work and faith, we were able to open doors.” 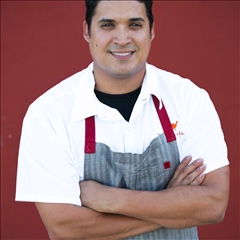 We recently asked Rodriguez to tell us more about his experience on “Chopped.”

How did your appearance on the food competition show come about?

My wife was the one who made it happen. She saw that “Chopped” was looking for chefs in the Fort Worth/Dallas area. She applied for me—and then told me about it! We got an email the next day arranging a Skype interview with producers. I was a sous chef on the show “Iron Chef America” in 2006, so I had a taste of what it’s like to compete on the Food Network.

What would viewers be interested to know about the behind-the-scenes aspect of the show?

I think viewers might want to know that you really only get two to three minutes after the ingredient basket reveal to start cooking. You don’t see ingredients until then, and then it’s non-stop cooking for 30 minutes. You have to be quick on your feet and come up with a menu.

Also, another challenging moment is locating all of the equipment you need. It’s a new kitchen to you, and you don’t know where everything is located, so you spend a lot of your time looking for ingredients or equipment.

What was it like competing against your friend, California chef Rashad Armstead?

He was my toughest competitor! He cooked his heart out. We both have similar backgrounds, growing up cooking with family—and that can be a lethal weapon in a cooking!

How will your appearance on “Chopped” impact your business in Fort Worth?

We have gotten calls from clients who want to have a “Chopped” catering! My appearance will help my catering business get more recognition but, more importantly, it will help shine a light on the culinary scene in Fort Worth. That’s what I wanted the most—representing Fort Worth/Dallas.

Any entrepreneurial lessons learned from your experience or tips you would share with other chefs considering a TV food competition?

I learned that staying true to who you are is important. You represent yourself and your business by how you carry yourself. Speak from the heart and cook from the soul.

Also: Be humble! I can’t preach this enough. We all started at the bottom and we should never forget that. It’s what makes us who we are. People will respond to it.