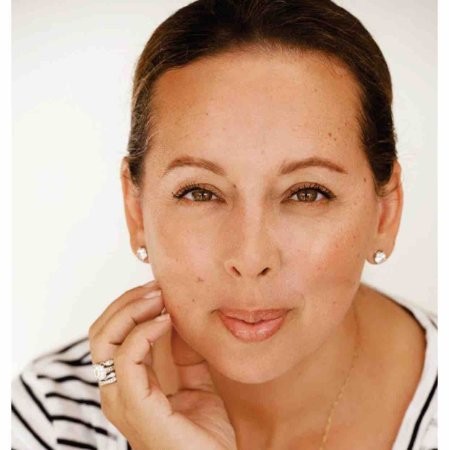 “We just had that spirit and there were no limits…”

The Guests started their business more than 30 years ago and grew it into a brand with a strong presence in Australia, New Zealand and the US. Donna and Danny were already husband and wife when they started Blue Illusion.

“My husband had a little business with his mom. Then his mother wanted to retire. I was pregnant with our second child. I came into the business, and we just hit it off. We knew what we wanted,” she explains. The independence and lifestyle of running a fashion business drew Donna on the entrepreneurial journey.

But more than that, the obligation to provide for her family also brought her and her husband toward this career. “We wanted to send our children to private schools, and the only way we knew how to do that was to work hard and be successful. It was our driver. We just loved what we were doing. We learned more about running a business as the years went along. We did every course I think known to man. We just had that spirit and there was no limits. We’d set our goals every year, and we’d achieved them. Then we would set another larger goal. It just grew and grew and grew. Before we knew it, we had 120 stores and a lot of employees,” says Donna.

“When you’re passionate about something and super focused on it, it gains momentum…”

Their passion made the possibilities limitless. “When you’re passionate about something and super focused on it, it gains momentum,” she says. That same passion kept them driven towards achieving their goals, regardless of the challenges and stumbling blocks.The early stages were tough. They had to do everything. The team lacked organization and focus on the things they were doing.

“When we first started the business, my husband and I crossed over roles. When we got bored of an area, we would swap. One minute he was the salesman or the sales manager, the next minute I was the sales manager. One minute he was doing designs, the next minute I was doing the design. It was that way until someone sat us down and told us to focus on our respective strengths,” she recalls. Donna then oversaw product and marketing, while Danny supervised the sales and all other aspects of the company, such as finance and operations.

“Find something that you’re seriously great at, and just focus on that…”

Having that single-minded focus was a key learning for Donna. “Find something that you’re seriously great at, and just focus on that,” she advises. Today, in aspects of the business which are not her strength, she employs people who are good in those areas.

As in most startups, difficulties were always present. Insufficient funds loomed large. Also, there were so many things that they wanted to do right away. Being new in the business at that time, they hadn’t protected their business enough. One of the heartbreaks that Donna recalled was having well-trusted employees stealing their intellectual property. “You put in all this work to learn and grow the ideas. I think it’s heartbreaking when that happens. It’s very disappointing, and it shakes your world a little bit,” she says. To address the problem, they put in place systems and agreements.

“Being part of EO Melbourne also let us learn how to organize and lead our team efficiently.”

“Being part of EO Melbourne also let us learn how to organize and lead our team efficiently. We did a learning activity with my executive team after attending Verne Harnish’s strategy session for the year. That was great because it pulled the team together, and we had great ideas. The executive team constantly communicates and congratulates their people when they achieve something and provides them with opportunities to grow,” she shares. Continuous learning is one of the tools that Donna finds helpful throughout the entrepreneurial journey.

EO international events and universities are extremely useful and rewarding, she says. She admits that she wasn’t good at networking, while her husband was a natural networker. He would communicate with various people to get ideas and stay on top of what’s happening in the marketplace. “I think that’s something that I’ve had to go outside my comfort zone to do. I’m quite happy with the fact that it’s so worthwhile. It’s always great to hear other people’s experiences. So, networking is always a good thing, as well as studying and going to courses.”

Once she lost her spouse, Donna was suddenly thrust to the helm. She rallied her people behind her. “We launched a vision of the company back in September because we felt that everyone wanted to understand where I would take the business.” She may have big shoes to fill, but she is stepping up to the challenge.

“…in memory of him, he’s challenging me to do this, and I’m learning to enjoy it.”

Her advice to business owners on facing unexpected challenges like losing a spouse and business partner?  “In my experience, for anyone in business, especially if they are a partnership, they should talk the ‘what ifs’ and work out what they would do in case a sudden crisis happens. I think if Danny and I had discussed this earlier when we were healthy and thought of a plan if there was some emergency or crisis, it would have been helpful.”

Donna credits her other half for the success they have both achieved. “I know that there’s a lot of entrepreneurial women out there who started their businesses and had huge success. But I can’t say that I did all of this on my own. I relied on my husband to encourage me to take on a role that was not natural to me. And now, in memory of him, he’s challenging me to do this, and I’m learning to enjoy it.”

For Donna, her story is not complete without Danny. His legacy still lives in the hearts of Donna, their family and the many people he touched. By sharing their entrepreneurial journey, Donna hopes to honor Danny as the wonderful entrepreneur and visionary he was. 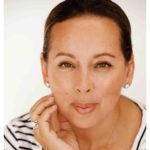 Donna is EO Melbourne member. Learn more about Donna Guest on her LinkedIn profile. The original version of this article appeared on EO Melbourne’s blog.