Written by Jessica Nunez, founder and president of TruePoint Communications.

One of my favorite insights about scaling up organizations comes from Reid Hoffman, founder of LinkedIn.

As a guest host on Reid’s podcast, Masters of Scale, Tim Ferriss highlights his 10 Commandments of Startup Success, and shares an excerpt from Ten Thousand Hours with Reid Hoffman, written by Ben Casnocha, Reid’s former chief of staff.  Ben writes, “If you move quickly, there’ll be mistakes borne of haste. If you’re a manager and care seriously about speed, you’ll need to tell your people you’re willing to accept the tradeoffs. Reid did this with me. We agreed I was going to make judgment calls on a range of issues on his behalf without checking with him. He told me, ‘In order to move fast, I expect you’ll make some foot faults. I’m okay with an error rate of 10 to 20%—times when I would have made a different decision in a given situation—if it means you can move fast.’”

In this bonus episode of Masters of Scale, Tim explains that foot fault is an expression from tennis. It occurs when the player serves and their foot goes over the line. They are considered errors.

Reid had empowered his team by allowing a percentage of qualified errors in exchange for speed and growth.

I’ll take what he’s having, please.

Speed is a strength for growing agile businesses. Established companies might be more stable, but often they are less nimble. The speed of a startup is the speed of its founder. The owner sets the pace and determines—unknowingly or not—if the organization will leverage speed or throttle it. Sometimes entrepreneurs control speed unknowingly; they slow down their teams due to fear of failure, desire for perfection or as a way to favor short-term influence over long-term success (founder’s syndrome).

As leaders, we must look for ways to open the sails and increase the speed of our businesses and teams.

To create speed in your organization and on your teams: 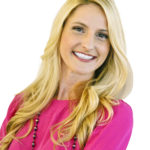 Jessica Nunez is the founder and president of TruePoint Communications, an integrated marketing communications agency. She is also an active EO member in Dallas, Texas. Jessica is currently EO US Central Area Director.