“I came out of a meditation session by the beach in Sydney, and it just hit me like a lightning bolt. I realized I was not enjoying the business part of my life. I didn’t feel that I could be true to my staff by coming in and talking about the vision for the business anymore. I needed to get out. I wanted to be true to myself,” he says.

“I didn’t feel that I could be true to my staff by coming in and talking about the vision for the business anymore. I needed to get out. I wanted to be true to myself.”

From the moment he decided to close to the actual date of closure, a mere four weeks passed. He flew to Melbourne and broke the news to his Citrus staff members. “It was very emotional, but they also understood. They were proud of me, and they were happy that I was truthful. I made a promise to each one of them that they would have a new job within those four weeks. We delivered on every single person,” recalls Peter.

Mentally, physically and spiritually, it was a difficult time in his life. He needed to unwind and re-calibrate his life. Peter and his family took an extended break to Europe for eight months. Reflecting on his entrepreneurial journey to this point, Peter understood he had opted for an unlikely exit. Entrepreneurs generally either build a business that lasts a lifetime or sell the business and move on to another one.

When he decided to start Citrus, he was working for a multinational company. He felt a burning desire to hit the road and launch his own business.

“I felt like I had more to offer and could impact more people by going out on my own. I felt I needed to get out and do something and show myself—more than anyone else—that I could thrive, not just survive, in the entrepreneurial world. The desire builds up in you over time. Eventually, you have to make a decision to either jump and see if you fly or just stay where you are. I decided to jump,” he says.

“The desire builds up in you over time. Eventually, you have to make a decision to either jump and see if you fly or just stay where you are. I decided to jump.”

He started Citrus with his wife and sister-in-law. While a business partnership with a spouse could be a challenge for many entrepreneurs, Peter and Kristina found their personal and business relationship to be a winning recipe. Says Peter, “For us, it was a very major part of our success as a couple, and we’re still married 20 years later. So, it worked obviously, which was good. But it was a little scary.”

As with all new businesses, Citrus weathered challenges and opportunities. “We had a difficult start because there was the dot-com boom back in the late 1990s and early 2000s. It was a bizarre time to be in the space where we were at that point. There was this incredible excitement globally about what the internet could do for business and humanity. We were on the cusp of that. Our business was within the digital marketing space. It was very new,” he explains.

With the rapid rise in the web and digital marketing, young employees were being hired and poached by top agencies. Since Peter and his partners couldn’t afford to match the salaries that larger corporations offered, Citrus lost some staff members. Among those who remained, a strong bond developed.

“The challenge is how to build a team that has the skills you need, the culture you’re trying to build and an understanding of the vision you want to create. When you’re busy being busy, it’s sometimes difficult to sit back and look at the bigger picture of things and ensure that the team you have are the right people.”

The team culture, employee and client relationships as well as the company’s relatively small cost base helped it survive when the financial crash eventually came.

“Business is about relationships and how you build them, whether they’re done online or face-to-face. They are very critical parts of a successful business, whether they be with staff or customers or partners,” Peter says.

“Business is about relationships and how you build them, whether they’re done online or face-to-face.”

When two buyers expressed interest, they eventually provided the same feedback: “They said, ‘while it’s a great business, we feel that you are such an integral part of it that it’s too reliant on you as an individual.’”

Looking back, Peter realized that there was a lot of ego associated with holding on to the business. He became so attached to his venture that he was afraid to let it go. “I thought I was very important to a whole lot of people. Very quickly, though, you realize how unimportant you are when you step away,” he says.

The pressures of running a business also took a toll on him. Peter found support and guidance from other entrepreneurs through EO Melbourne. “Fellow forum members were able to provide the right guiding experiences, ideas and friendship. I have made some of my best friends in my life through EO.”

He took a break from the organization, but rejoined two years later. Peter reveals, “I was looking at re-imagining the Citrus business. I thought to myself, I’ve stopped thinking big. I’ve stopped thinking as a visionary. I’ve stopped looking at the possibilities of the business. I remembered then what EO had done for me, and how much I’d enjoyed being part of that group. I don’t think we were successful at the time I wasn’t in EO. So, I rejoined, and I haven’t looked back since then.”

“I don’t think we were successful at the time I wasn’t in EO. So, I rejoined, and I haven’t looked back since then.”

It was the EO community that helped Peter find his way from the business he no longer loved to a tour through Europe with his family. While traveling through the continent, Peter and Kristina put a few of their properties in the short-stay accommodation market, including Airbnb and HomeAway.

“Interestingly, we made more money while we were traveling around Europe and not working than we had in the previous six to 12 months of running the agency. When I got home, I thought, ‘Hang on. There’s got to be something in this.’ So, I decided to take on building a portfolio of properties that we could own, manage and run. That’s been building successfully over the last couple of years,” he shares.

With his new baby, the Peninsula Luxury Retreats, he has never been happier. “We’re looking into buying more land and building some properties. I’m doing that with a partner, and we’re going to build that into a brand in these luxury retreats. We think that it’s a really exciting opportunity based on the market that’s here in Australia and overseas,” he disclosed.

Most of all, he is happy that he can now devote more time to his daughter. “She was born in 2011, and for the first two or three years, I missed so much of her growth. I would leave before she had woken up and get home after she’d gone to bed. As a dad, I missed so many things in my child’s early development that I can’t get back. What I’ve been able to do now is achieve complete flexibility and freedom. I think my relationship with my daughter has changed. We get to spend a lot more time together.”

“As a dad, I missed so many things in my child’s early development that I can’t get back. What I’ve been able to do now is achieve complete flexibility and freedom.”

Peter found the courage to make the big leap because he trusted his inner self. “The biggest lesson? Listen to your heart. Listen to what is important for you as an individual. If you’re not happy, if your work is a grind, if it’s a slog, if you’re unable to listen to what’s going on inside, then it will stay difficult,” he counsels. 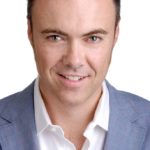 Read more about Peter Noble. To learn about EO and how it supports entrepreneurs across the globe, visit EOnetwork.org.