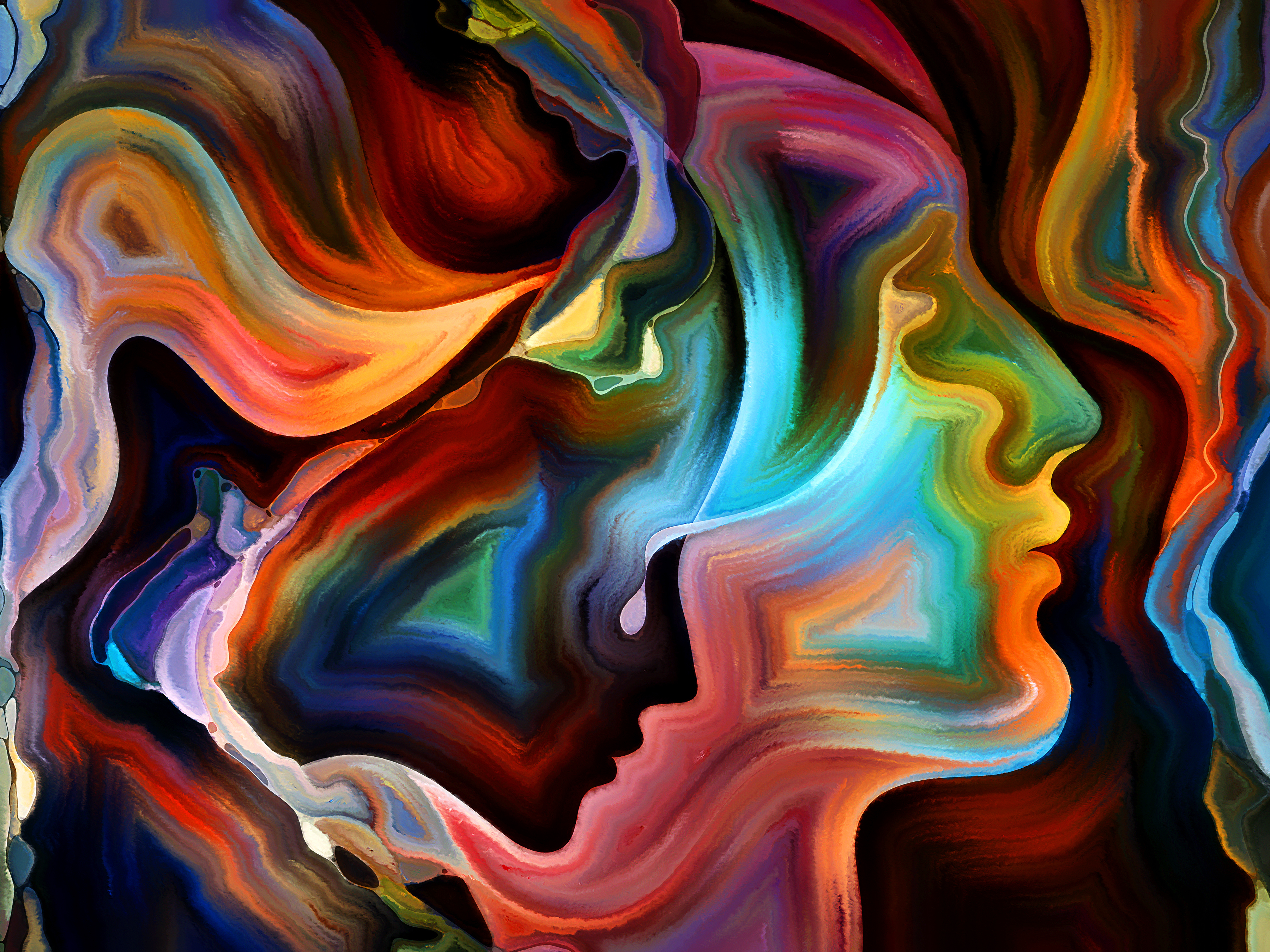 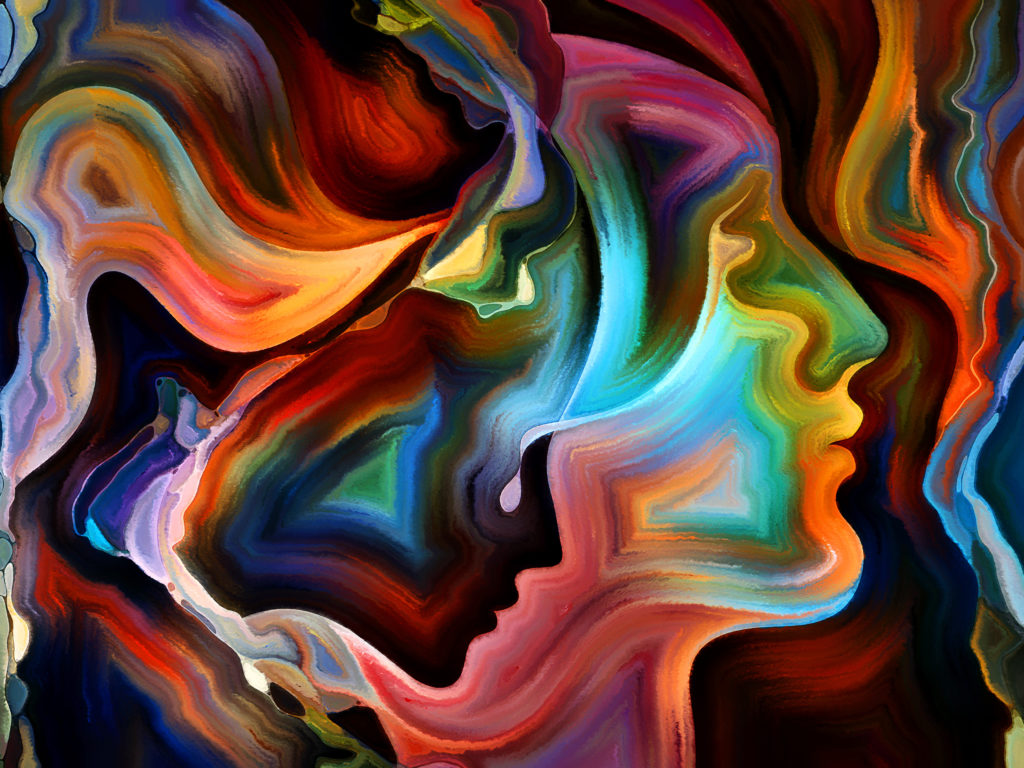 A successful entrepreneur, businessman and EO Bahrain member, Suhail Algosaibi had long thought about how he could use his position and his company—FALAK Consulting—to make real, radical and sustainable change in his corner of the world.

He also considered what separated him and the people he admired from his neighbors, local students, other Bahraini entrepreneurs and societal shapers, including government officials and corporate executives. After much thought, it came to him: the difference was in how they think!

“The Middle East consists of developing nations and, sadly, we are consumers of innovation and create very little of it ourselves. We hardly invent any new technologies and don’t invest enough in research and development,” Suhail says. “I want to encourage more innovative thinking.”

“I don’t think there was that one person who made a difference. I’ve read hundreds of books over my entrepreneurial career, a large number of them biographies and autobiographies on famous entrepreneurs like Richard Branson, Ray Croc, Howard Schultz and many others. Each of these ‘unreasonable’ thinkers had an impact on me. Reading all these books had a powerful cumulative effect that helped reprogram me into an unreasonable thinker. Add to that, the dozens of courses I’ve attended and home education programs I’ve listened to. Obviously, EO had an impact on me as well,” he says.

The first-ever FALAK UTS launched in May 2017 as a two-day summit on innovation and disruption. Much of the event’s content was shaped by its founder’s personal influences and world view.

“I wanted to meet and learn from some of the people I’ve read and heard about. The speakers at the UTS were an interesting mix of academics, authors, technologists, entrepreneurs, social entrepreneurs and activists. They came from eight countries in four continents. Two of the speakers were fellow EO members I knew personally and who had interesting stories to share—Ayman Jamal from Saudi (based in Dubai) and Christopher Pommerening from EO Barcelona,” Suhail shares.

His vision for the UTS and its growth is rooted in his original “a-ha moment” and what he sees as the fundamental difference between his compatriots as well as regional contemporaries and notable change-makers throughout the world. “I’m hoping that the summit inspires people to think a little differently and also to realize that the people who are innovating or beating fascinating new paths for themselves are not really that different from the rest of us. The key thing that differentiates them is the way they think—they are unreasonable thinkers. I want to help create more unreasonable thinkers in Bahrain and in our region,” he says.

“I’m hoping that the summit inspires people to think a little differently and also to realize that the people who are innovating or beating fascinating new paths for themselves are not really that different from the rest of us.”

“The long-term vision for UTS is to make it bigger and better! In 2017 there were 200 attendees. For 2018 we are planning for 300-plus attendees. Other long-term plans include expanding the UTS outside of Bahrain. We want to start in Saudi and then expand into other Arab Gulf countries. Who knows? Maybe we’ll even expand outside of the Middle East!”

The Price of Admission

To ensure that the event is well-attended, Suhail and his team made the surprising—some may say, “unreasonable”—decision to make UTS completely free. 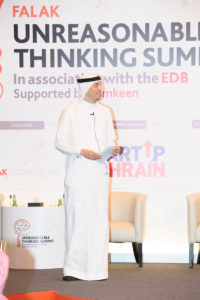 “Our purpose is to build stronger economies and happier societies by unlocking business and human potential,” explains Suhail. “We debated the matter internally at length, and realized that making it free has its disadvantages, as some might not appreciate the massive value the summit can bring. But in the end, we realized that making the UTS affordable for all is completely in line with our purpose. It’s our contribution to Bahrain and the world at large. All of the costs of the event were covered by our sponsors, the main ones being TAMKEEN (The Bahrain Labour Fund) and the Bahrain Economic Development Board. We also had several sponsors from the private sector.”

In assessing the event’s overall impact, Suhail assigns considerable value to the number of attendees. This is because he strongly believes that these numbers are tied to the UTS’s impact, which will help achieve some of the United Nations Sustainable Development Goals (UN SDGs) in the Middle East now and in coming years. 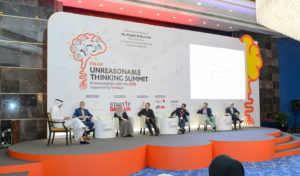 Explains Suhail, “The UTS promotes ongoing learning by being an educational event. Plus, making it free for all ensures that even the most economically disadvantaged people in our society can attend and learn. On a broader level, Falak’s strategic corporate responsibility focus is education. We invest time, effort and cash into educational projects that help build stronger economies and happier societies.”

“Examples of this include helping a local school with their entrepreneurship class and creating the strategy for a local child protection and anti-abuse NGO. You could say that everything we do is in support of SDG 4,” says Suhail.

And with education and innovation as a focus, Suhail believes, decent work and economic growth are sure to follow.

“You cannot achieve inclusive and sustainable economic growth, employment and decent work for all without innovating on existing models. Too much of today’s economic growth comes from unsustainable models using limited resources. To achieve SDG 8, you need to think in new ‘unreasonable’ ways. And the best way to do that is to learn from those that are already doing it. The youngsters who are attending the summit today will be the ones who challenge and change existing models and paradigms in order to meet the challenges of the future.”

“The youngsters who are attending the summit today will be the ones who challenge and change existing models and paradigms in order to meet the challenges of the future.”

“God willing, the summit will continue to do this year in and year out, bringing the world’s most innovative thinkers to Bahrain to keep educating and inspiring attendees to make a positive change,” Suhail concludes. 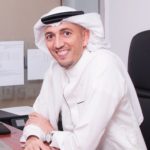 Suhail Ghazi Algosaibi is the founder of Falak Consulting, a strategy and innovation consultancy. He is an award-winning serial entrepreneur, consultant, startup investor and innovation authority. Suhail is also a member of EO Bahrain. Suhaili’s commitment to education and innovation as a path toward decent work and economic growth earned him a nomination for 2018 EO Global Citizen of the Year.