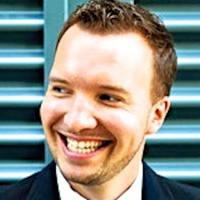 Statistic Brain found that more than 50 percent of U.S. companies fail after five years—and that rate jumps to more than 70 percent after a business has hit the 10-year mark. What’s behind these high failure rates? Oftentimes it’s a charismatic, vision-filled and well-intentioned—yet flawed (myself included)— leader: Entrepreneurs without the focus, discernment or communication skills needed to drive a business forward operate at their own risk.

If You Know It, You Can Grow It

The business leaders we admire most are often those with a seemingly prophetic gut instinct. Unfortunately, we are not them. The road to failure is paved with vanity metrics (such as the number of followers added in a day) and unmeasurable feel-good tactics (such as clever URLs and round after round of catchy logos).

But being numbers-focused doesn’t mean being a control freak. As a young sales manager, I started with my end goal, broke it down into a daily average and established five or six tasks necessary to achieve that daily goal. But each of those tasks came with unforeseen hurdles and countless assumptions that added variability and made the results seem unattainable. All I gained was endless frustration and self-doubt. A different mentor said it best: “You can control the result or you can control the journey, but you can’t control both.”

Lastly, in the words of the wonderfully talented Dan Norris, “Don’t solve problems you don’t have.” I once paid a reputable social media agency thousands of dollars a month to “warm up my target market for when my product launches.” I hope they’re enjoying my money; you can’t rely on artists to build a brand that doesn’t exist.

I’ve taken many wrong turns, but each path taught me to better navigate the world of entrepreneurship, innovation and leadership. Here are three reminders as you navigate your way to the top of your industry:

Team Members Are Your Most Important Customers

Every day, your team needs to be selling something, whether it’s your company’s vision, business plan, thought leadership, content, products, or even work openings. Their ability to do this will be correlated with their own level of buy-in. The last four letters of “genuine enthusiasm” are IASM: “I am sold myself.”

I once listened in to an entry-level team member’s conversation with a prospect. We would use scripts for every possible scenario. This prospect threw out every objection possible and this new team member, who had no script and no formal training, answered every question with her own authentic experience. The sale closed in 10 minutes.

Start With an Audience

I can’t think of anything more fruitless than an “If you build it, they will come” mentality. Instead, try a “Get their attention, and then build it” approach. Feedback is the currency of idea validation. Don’t launch your universe-altering idea into a sea of crickets.

Robin Chase, co-founder of vehicle-sharing business Zipcar, agrees. She says her biggest failure was prepping her company’s website before getting in tune with its customers. “Get to your customers as fast as possible,” she says, “and learn from them to build your product. … Part of our learning was undoing our first guesses.” Amen and amen.

Successful entrepreneurs know that the tasks to focus on each day align with what actually needs to be done. This is how you define “hustle”: doing what’s necessary, regardless of your feelings.

Mark Cuban, investor and “Shark Tank” regular, knows a thing or two about entrepreneurial success. His advice for business leaders is simple and follows in the same vein: Follow your effort, not your passion. Leadership isn’t just wanting to succeed; it’s doing what needs to be done over and over and over again, even when you don’t want to do it.

It’s not hard to feel lost when you’re leading a team, starting a movement or simply trying to keep the lights on—all while disrupting an industry. Use these tips to find your bearings, and you’ll certainly be on your way to success. 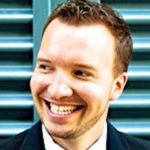 Mike Monroe is a Christian, husband, dad, marketer, and wannabe athlete. Mike started working at Vector Marketing in 2000 as a student at Boston College. He wanted to stick out from the crowd and develop himself professionally. Nearly two decades later, that goal hasn’t changed. Learn more at GetSkillsForLife.com.