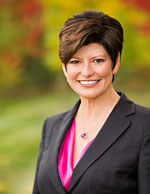 Rowena Crosbie is a member of EO Iowa and president of Tero International, Inc.

How do you handle your mistakes? What do you do when you discover a mistake made by someone else? It is easy to do right when choices are clear, when they are simple. But what happens when situations are complex, when values collide or when mistakes happen? What do you do then? Do you stand by your principles?

“I have no anger towards Judge Aspen at all … He wrote a beautiful letter for me to the president of the United States. It means a whole lot to me, that letting me know that he was giving me the opportunity that he couldn’t have gave me the first time, this time. I would actually thank him for giving me a second chance at life.”

Alton Mills made these remarks when asked to comment about the U.S. federal judge who had sentenced him to a mandatory life sentence in prison for federal cocaine violations. After serving 22 years, Alton Mills’ life sentence was commuted by President Barack Obama.

Congress enacted sentencing laws that dramatically increased penalties for drug crimes in response to rising public concern about high crime rates in the 1980s and 1990s. The laws were intended to improve public safety, but did not. The availability and use of illegal drugs increased and recidivism rates remained largely unchanged.

What did happen was the mandatory minimum sentences for drug possession resulted in thousands of low-level drug offenders serving more time in federal prisons for minor drug offenses than they would have for violent crimes like bank robbery, rape or even murder. Alton Mills was one example. The more serious drug traffickers, who were the focus of the laws, were largely unaffected.

What lessons can we learn from this story? There are two insights:

Leadership decisions, even those that are well-intentioned, sometimes have unintended negative consequences. As leaders, when we discover a mistake, even one we didn’t make ourselves, we are faced with an important choice. What do I do next? Can I help correct the mistake? Federal Judge Marvin Aspen wrote to Obama, asking him to grant clemency to an inmate whose sentence did not match the crime.

The low-level drug offenders who received the harsh sentences had knowingly committed a crime. They are also faced with an important choice. What do I do next? How do I correct the mistake? Alton Mills is committed to making the most of his second chance and proving to the president, who granted him clemency, that he was worthy of it.

When asked, “What would you say to Alton Mills?” Judge Aspen said:

“I would say to him that I hope he can leave prison and have a positive attitude. I know that is difficult after all he’s been through. So many people have been concerned about him. I hope he can be a positive example to show that not only was a terrible mistake and injustice done to him, but that he can prove by the rest of his life that he was a worthwhile person and justify the confidence that all the people had in him, including myself.”

We all make mistakes. Our true character is revealed in what we do about a mistake.

Take a moment to reflect on the mistakes you have made or discovered. What can you do to right the mistake, even many years later?

Tero International, Inc., is a recognized leader in the research, development and delivery of training programs that help people build the interpersonal skills that research reports account for 85% of professional success.