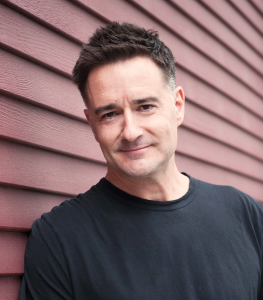 By Brian Scudamore, founder and CEO of O2E Brands

Firing is just as important as hiring, so why do we rarely get it right?

One of the hardest things I had to do was fire my best friend and 1-800-GOT-JUNK?’s COO in 2007. We were both “visionaries”—full of big ideas and blue-sky dreams. But neither of us were “integrators”—people who turn dreams into actionable plans, and turn those plans into reality. According to Rocket Fuel authors Mark C. Winters and Gino Wickman, having leaders with complementary strengths like these is a key element to success.

It became clear that letting him go was essential to taking the business to the next level. However, we’ve remained supporters of each other’s success, and I believe it’s because we both knew it was the right move.

Most entrepreneurs avoid talking about the process of firing someone. It’s painful and awkward. But if you own your own business, you’ll probably experience it at some point. Here’s how to navigate letting someone go, and redirect everyone in a more positive direction.

In 1994, I fired my entire staff—11 employees—in one day after I realized the culture was too toxic to repair. It was terrifying to lose everyone, but the decision quickly put the business on a more positive trajectory. I was left thinking I should have acted sooner.

When you know something’s not working, act decisively so everyone involved can move on to a better fit.

Losing a colleague can be traumatic. Team dynamics can shift, and change often generates a sense of vulnerability among the people left behind. A quarter of HR managers cite poor communication as the heart of morale problems. In a time of layoffs, this risk increases.

When someone has been let go, check in with team members regularly and answer any questions they may have. They will want to know what the future has in store. Simply being transparent can ease their worries.

Ending a job is painful and scary, but it’s also a chance to find a better fit somewhere else. The COO and friend I let go in 2007 is now a super-successful consultant who enjoys better hours, projects he loves and higher pay. And with the right leader for the next wave of growth, O2E Brands has thrived, too.

Ultimately, what goes around comes around. When you invest the time and effort to fire someone the right way, everyone benefits. Though I had to let my best friend go, years later he wound up introducing me to my current COO.

Firing someone is like breaking up: The trick is to make it amicable. When it’s not a perfect fit, the best thing to do is to part ways sooner rather than later.