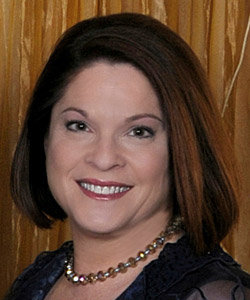 A sales message designed for one situation will not necessarily work well in another. For example, you may have perfected your 30-second elevator speech (or “30-second commercial,” as it’s often called). This works great if you are actually in an elevator and have someone’s complete attention. But it will get you those glazed looks if you try to work 30 seconds of monologue into a conversation in the buffet line at a networking event.

Live, spur-of-the-moment dialogue requires a completely different approach (think of it as “conversation ping-pong”), even if you include some of the same words and phrases. Sellers who have perfected their 30-second commercials often don’t have dialogue prepared for the times they need it. Likewise, the message that works with a decision maker will likely not work with the assistant. The message that works on the first meeting will likely not work on the 3rd.
How do you craft the right message for the right situation?

1. Identify what your objective is for the communication touchpoint. ‘

2. Review who you will be communicating with (one person, group, level, how familiar are you with the individual, etc.).

3. Think about what you know about the situation, individual(s), etc.

4. Decide on the words and phrase that will matter most, creating the slam dunk message.

Once you’ve gone through this exercise, you’ll want to prepare a message for each kind of interaction you expect to have. When contacting prospects by phone, for example, you’ll want to have an impactful voicemail message prepared. (Some people don’t like to leave voicemails, but I see voicemails as an ideal opportunity to leave a one on-one advertisement customized especially for your prospect. Not leaving a message is a missed opportunity.)

Some say they don’t need to prepare a sales message because their prospects come to them by referral. Big mistake! If you think about it, referral messages are twice as important to prepare, because the person who referred you put his or her reputation on the line by recommending you.

Regardless of the type of interaction, being purposeful and deliberate when preparing your situational messaging is critical. Often you only get one shot at a conversation with a prospect so be ready with the right message for the right situation.