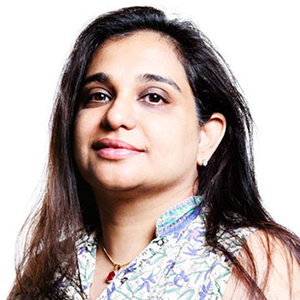 This article was originally published on Ashoka’s #LeadYoung webpage. It has been reprinted here with permission.

A social entrepreneur known for building huge, global coalitions, Jeroo first started in Mumbai, working with street children. She gave them her private phone number in case of emergencies. Soon every night it was ringing.

From that caring and then recognition of system need came Childline. Any street child could call a free number and be answered by a trained and sympathetic street child. Shortly thereafter help would be on the way.

The consequences were profound. Services could connect with need. Bad and good performance became clear. Areas of shortage gained resources. And police exploitation fell sharply because a call to a sympathetic operator from half a block away about what an officer was doing to a friend would quickly bring trouble to that officer.

Free Childline service soon spread to over 50 Indian cities. And then to 143 countries.

More recently Jeroo has focused on helping all young people understand and have access to financial services. This makes a huge difference to their safety and ability to have a future. This work is embodied in Child & Youth Finance International, another extraordinary global coalition, which reached 36 million children and young people in 2014.

What led Jeroo to break out from being a good professional like all those around her? It was because she knew from long before that she had a far bigger power. Around age 11 she organized all the domestic workers in her apartment block to get bank accounts. She traces her interest in financial literacy and access back to this intervention.

She truly stepped out fully when she was 16. Her mother, a social worker in the schools for poor members of the Parsi community, focused on family and other non academic issues. Jeroo felt this was a mistake. Because half the students were dropping out because they were failing math or English, she felt that this is where the effort should go.

Her mother, who was brilliant at helping Jeroo become an entrepreneur, asked her daughter to design how to go after her objective and introduced her to faculty at the Tata Institute. As Jeroo inquired how to teach English and math better several faculty members suggested that she go to see Gloria de Souza, who was just then introducing “environmental education”, an alternative to rote memorization based on problem-solving in the real enviroment. Jeroo went to see Gloria; they formed an alliance; and Jeroo sold the new approach to the head of the Parsi schools, her mom encouraging her on and not stepping in for the big meeting. Gloria trained Jeroo, and they worked together on implementation. Gloria was Ashoka’s first Fellow.

Ashoka is a partner of the Entrepreneurs’ Organization.