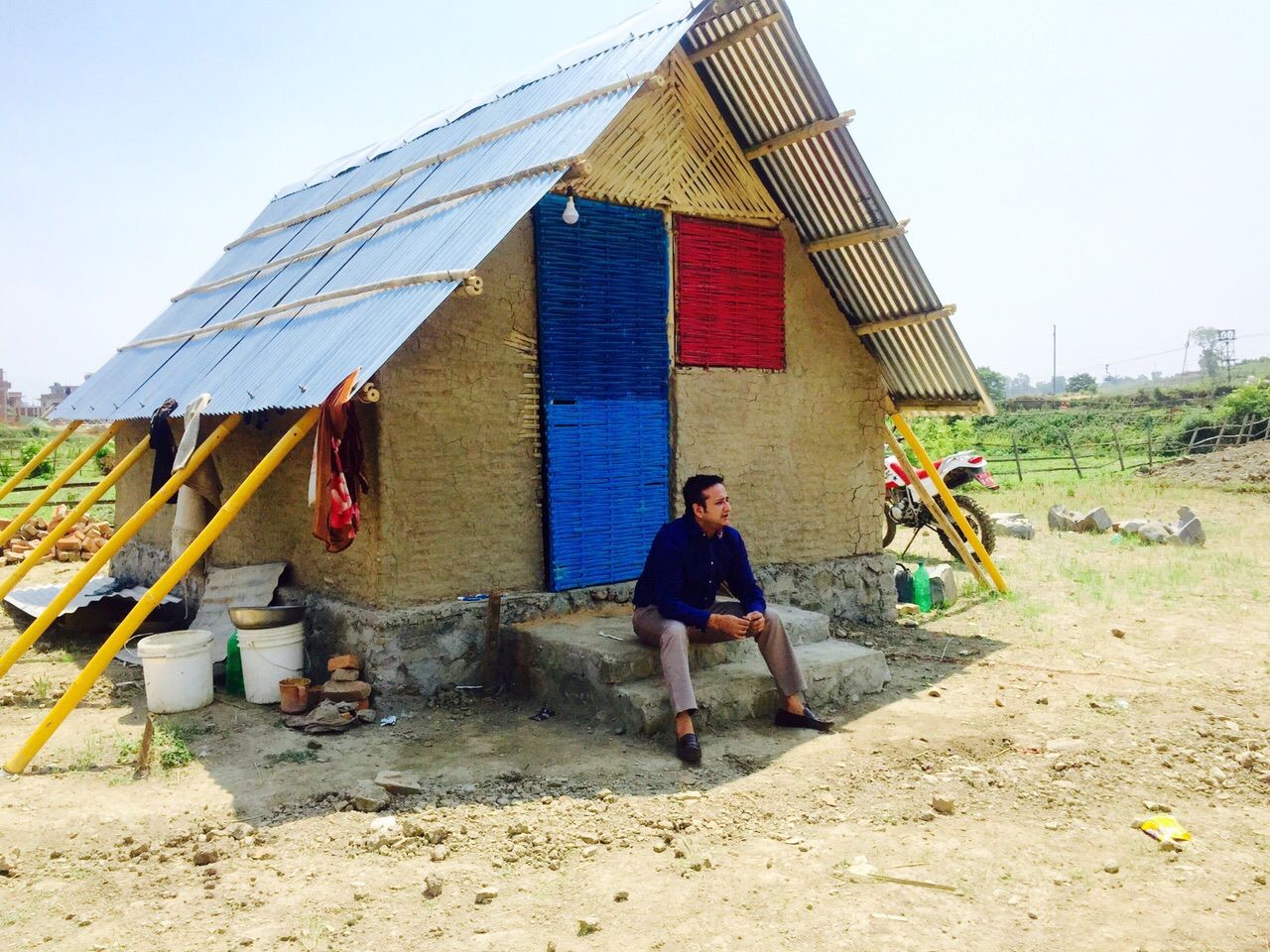 “Bhuichalo ayo (earthquake has struck)!” the project staff were yelling. I opened my eyes and looked around. I was in the middle of open ground and there was no structure around me to run from. So, I stayed where I was. It was as if the whole earth was shaking. In front of me was an under-construction swimming pool. The one-and-a-half-foot-deep water in the six-foot-deep trench had started spilling over. We later learned the epicenter of the earthquake was in Gorkha, about 90 kilometers north of Chitwan. There were heavy damages in Kathmandu, where our head office was situated. Telephone lines were congested, and we could make calls to home and office only after much difficulty. Hearing everybody was safe and sound, we felt relieved.

Afterward, we set out for Kathmandu by road, as the airport was closed for passenger planes. It took a few hours to reach the city, but it seemed like ages. After ensuring our staff was safe, the leaders called an emergency meeting. We decided that we could not remain a silent spectator at that difficult hour. As the biggest corporate house in the country, we felt it was our prime responsibility to support our fellow countrymen when they needed it the most. Otherwise, we could never forgive ourselves. We decided to build 10,000 shelter homes and 100 schools in the earthquake-hit areas, and we started working immediately toward that end. Within two months, among the chaos, we delivered the first lot of 70 homes in the outskirts of the Kathmandu district.

As soon as we started building the shelters and schools, there were monsoon rains that made the groundwork difficult. But we did not stop. Then the country’s politics entered a difficult phase with preparations to promulgate the country’s constitution. Some political parties in the southern Terai belt were protesting against the constitution. They had been calling strikes here and there, and it affected the transportation of building material. But we did not stop. Soon after, the country formally promulgated the new constitution, and the protesting parties imposed a blockade along the Indo-Nepal border. That stopped the transportation of our building material for a few months. But we did not stop. Also, our pace was tremendously slowed down due to the fuel crisis. But we persevered. We did not have the means to build 10,000 shelter homes all by ourselves. But soon after we made the announcement, we started getting calls and emails from friends and well-wishers around the world. Benevolent donors and partners, such as Alibaba, Shapoorji Palloonji Foundation, Tata Trust, LG, PWC and many others, joined hands with the Chaudhary Foundation on this mega-humanitarian project.

This past April, when we remembered the passing of a year after the earthquake, we were well on our way to delivering 3,000 homes and 50 schools in the affected areas. While it was a great achievement among our peers, we still had a long way to go. Along with building shelter homes and schools, we are also devising ways to uplift the affected communities from extreme poverty. The one and only way to do that is to help them become economically self-sustainable. These days we are providing them skills-development training and creating marketing linkages for their locally made products. There are two projects in hand toward that end: CG Polytechnic, where we are giving skills-development training to youth in the affected districts, and CG Unnati, where we’re supporting women in the affected districts by providing them with income-generating opportunities and safeguarding their health.

Ultimately, we envision rebuilding model villages in the affected areas with a combination of shelter, schools and skills-based training. By providing a shelter to live for the family, a school to educate the children, projects to train the youth on income-generating skills and opportunities to empower the women to learn and grow, a complete eco-system of sustainable village is formed. Our objective is to bring about sustainable social reforms, and we are committed toward that end. In looking back at our journey so far, here are some of my most valuable lessons learned to date: