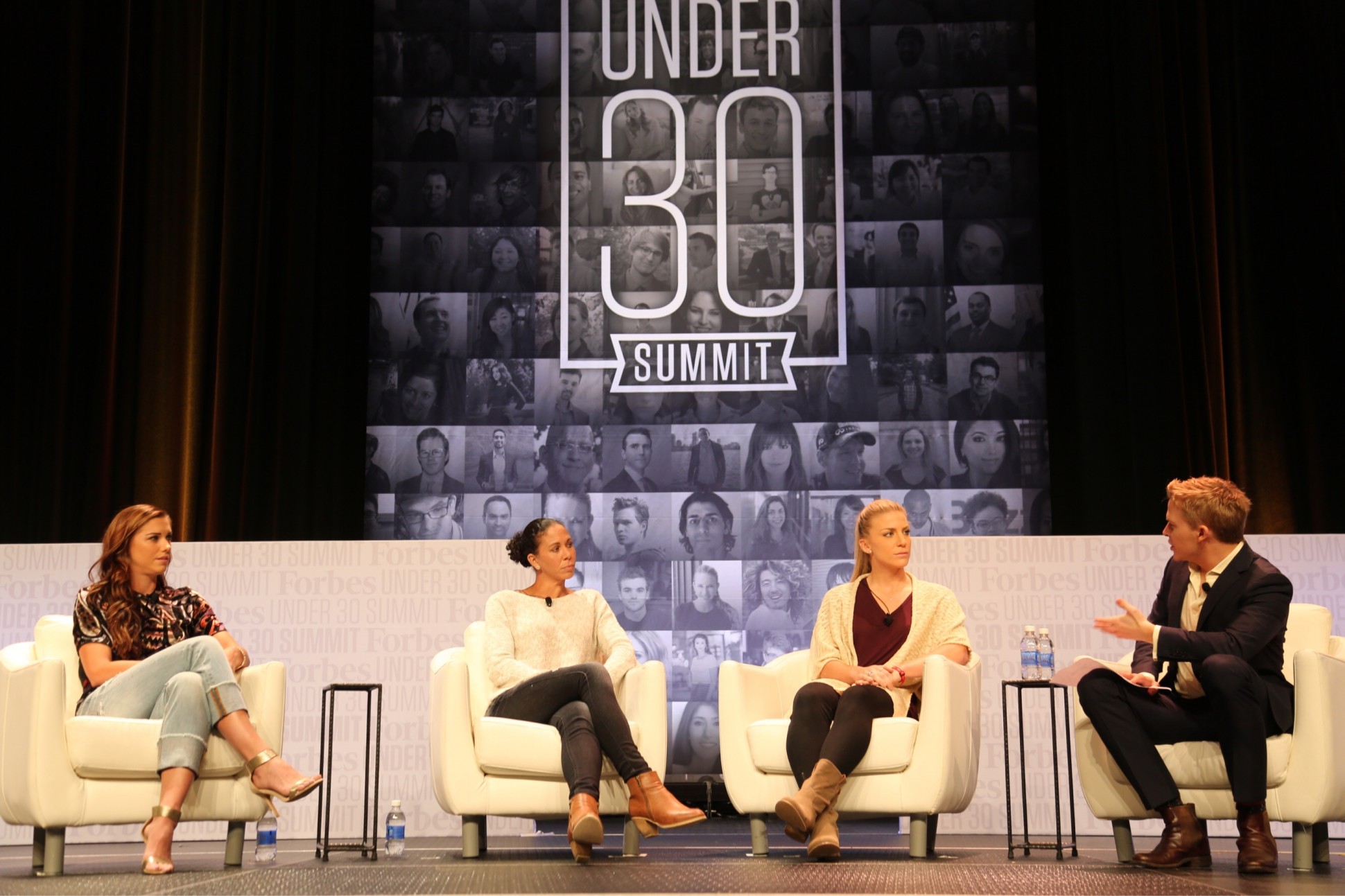 By Taylor Collison, Data Analytics Manager at the Entrepreneurs’ Organization

At this year’s Forbes Under 30 Summit, it was easy to see the impact the speakers have had in their respective areas. From US Olympic champions, such as Michael Phelps and Aly Raisman, to world-renowned chef Bobby Flay, the lineup was full of inspirational stories from varying backgrounds. However, they were all tied together by one common factor: entrepreneurship.

I was truly honored to represent EO at this event and found a lot of value, both personally and professionally, in listening to these speakers. Throughout the two days of programming, it was interesting to see a different side to these wildly-popular public figures. While they are mainly known for their athletic or culinary successes, for example, they also are striving to build, grow and maintain their brands and businesses.

Here are two major takeaways that I found in attending the event:

Changes to Traditional and Social Media

When Carly Zakin and Danielle Weisberg started theSkimm, a company that makes it easier to be smarter, they aimed to re-imagine the way information is consumed. They established The Daily Skimm, a newsletter that grew immensely upon its launch and proved to be just the beginning. What was most interesting in hearing Zakin and Weisberg’s story was their background. They are former NBC news producers, and when looking back said they realized the impossibility of imagining their current roles at theSkimm. As they put it, it will be interesting to see how traditional media continues trying to adapt to attract millennials.

Bobby Flay later advanced this theme when he participated in a panel titled “The Future of Food.” In a panel discussion with other restauranteurs, led by Food Network’s Lee Schrager, Flay detailed how social media is changing the way food is being prepared. The fact that customers posting photos before, during, and even after they eat means a restaurant’s brand is always out there. It’s always being seen on social media, so it’s important that the food is presented in a certain way. To hear the panel agree and tell their own strategies around this was eye-opening to say the least. Zakin, Weisberg and Flay, among many others, stressed the importance and impact social media can have.

My other key takeaway was certainly more abstract but felt as every bit as valuable. Sam Tarantino, one of the creators of Grooveshark, gave an inspiring presentation about the start of his company and what he dealt with as they began to grow. As many entrepreneurs may agree, he talked about how uncertainty is everywhere and acknowledged how difficult it can be to deal with. While it can be difficult, a fear of failure can hold an entrepreneur back and prevent their business from growing to its truest potential.

Tarantino even said, “You can’t get the view at the top of a climb without suffering on the way up.” Throughout his time on stage, it felt as though he was speaking about EO members and successful entrepreneurs all over the world alike. Entrepreneurs have it tough, no matter how you slice it and it can be a scary endeavor. But then again, they are also some of the bravest people and fight the fear head on. It’s why they’ve become so successful in their businesses. It was a truly moving session that really spoke to the rest of the event as a whole also.