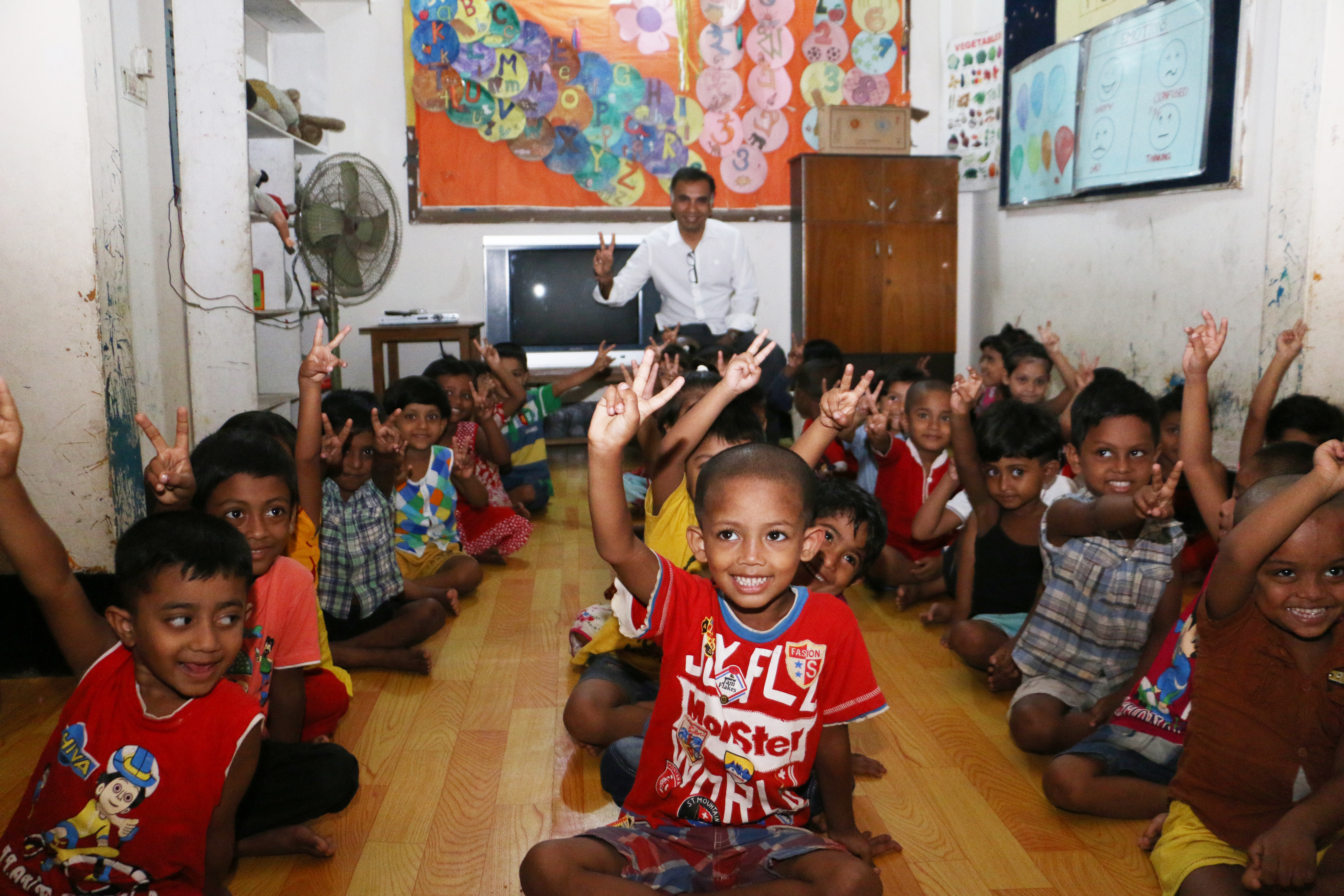 By Sanjay Agarwal, an EO Winnipeg member, and the founder and president of Orientworks, Inc.

My first visit to Bangladesh was in 2002, and I had no illusions about this country. I expected poverty and there was plenty of it. However, only a few people truly know about Bangladesh’s developmental surprise in the last decade. For example, Bangladesh is one of the few developing countries that is on target for achieving most of the Millennium Development Goals. The progress in education, health and gender equity, and the fast improvement in basic living conditions, is also partly because of the success of the labour-intensive, export-based garments industry.

Bangladesh is often portrayed by the media as having poor labour and working conditions. It is an irony that the world knows where the children in Bangladesh should not work, but rarely does the world offer a solution about what the children of Bangladesh should be doing. Tragedies sell while the good stories are often ignored. The story of Jaago is one good story. I heard about Korvi Rakshand, Jaago’s founder, from a friend in Dhaka during my visit in November. I requested a meeting, and he showed up in our office the next day. We spent some time talking about his work and the vision he had for the company. I was very impressed, and we decided to support the foundation.

A law graduate from London, Korvi gave up a comfortable life and many other privileges that come with being born in a well-to-do family. The Jaago Foundation started in 2007 when Korvi and his friends rented a single room in the Rayer Bazar slum area of Dhaka, Bangladesh. With a dream of changing the lives of the local children who hailed from poverty-stricken families, Korvi and his friends began teaching the 17 children who showed up.

Since then, Korvi’s one-room schoolhouse operation has grown to include three full-sized schools in Dhaka and Chittagong (the second biggest city in Bangladesh), as well as 10 other remote campuses located all around Bangladesh. These campuses are making it possible for children in the more isolated and rural areas of Bangladesh to receive the same standard of education as those in the capital city, something that had been impossible in the past. All of these schools employ a unique curriculum that meets the international standard, and has been specially tailored to the needs of its students.

Earlier in May, when I was visiting Dhaka, I decided to spend a day at Jaago. I visited the schools and met with the children, teachers and volunteers. Kids are cute. But the kids at Jaago schools were the cutest. None of them were shy. I sat in on a few classes to take some photos, and they made my job easy. They would, at one point or another, turn around and make faces for the camera.

“The challenge is to find good teachers in the far-flung villages who can teach in English. So we had to adapt and create an online model, where the main resource teaches from our Dhaka headquarters to students who are physically in a class in the village, and who are supported by a local teacher on site,” said Korvi. Jaago also runs regular schools in Dhaka. The team is young, consisting mostly of volunteers bursting with ideas and energy.

The dollar stretches very far in Bangladesh. One can sponsor a child for US$27 per month. This can provide one child tuition, books, school bags, uniforms, stationery, health check-ups and nutritious food for a month. All of which was very visible in my interaction with the kids. Twenty-seven dollars per month can literally pull a child out of poverty to give him or her a childhood to cherish.

Oni, one of the girls in the picture, dreams of becoming a great teacher one day so she can help others by sharing her knowledge. Her father, Anisur Rahman, is a chauffeur, and her mother, Rahima Begum, is a housewife. Rozina, the other girl in the picture, lives with her parents in Rayerbazer. Her mother, Moyna Begum, is a maid servant and her father, Abul Hossain Sheik, is unemployed. Being the sole-earning member, Rozina’s mother’s income is barely enough to meet all of the expenses for the family of six. Without Jaago, Oni and Rozina would have no chance to break out from the cycle of poverty.

Sanjay Agarwal (pictured in the white shirt) is an EO Winnipeg member, as well as the founder and president of Orientworks, Inc., a business which provides apparel sourcing solutions from Bangladesh, India and Vietnam.