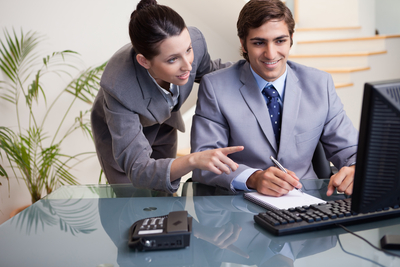 This article was originally published on Inc.com.

Kim Ades is an EO Accelerator participant from Toronto and the president and founder of Frame of Mind Coaching, helping clients reach new levels of success in both their professional and personal lives. EO Accelerator, a program run by the Entrepreneurs’ Organization (EO), enables early stage entrepreneurs to catapult their companies and empowers them with tools for aggressive business growth. Kim offers up her thoughts on effective ways to condition your employees to perform at the highest levels.

Even though a lot of time has passed, I remember the Behavioral Psychology class I took in university like it was yesterday. The bulk of the curriculum was focused on learning methods of behavioral conditioning through rat experiments.

There were three primary conditioning strategies:

We learned that “reinforcement” refers to a type of conditioning that teaches and maintains a specific behavior, and “aversive” refers to a type of conditioning that prevents a specific behavior from happening. Positive reinforcement here meant that each time a rat pushed a lever in its cage, it would receive a pellet of food. In essence, the rat would get rewarded for its lever-pushing behavior. For negative reinforcement, it would receive an electric shock as a punishment if he took too long to push the lever, causing him to keep pushing the lever to avoid the shock.

In both cases, the rat demonstrated the desired behavior and kept pushing the lever. And even when the reward and punishment were randomly delivered, the rat continued to exhibit the behavior. When the reward or punishment eventually ceased, the rat learned not to press the lever at all.

In another case, the rat received a shock each time it pushed the lever, so it quickly learned to stay away from the lever altogether. It became averse to pushing the lever and did not touch the lever even when the electric shock treatment ceased.

What does this have to do with leadership? Often, leaders inadvertently use one of these types of conditioning to teach their team members how to behave.

Read the rest of the article!