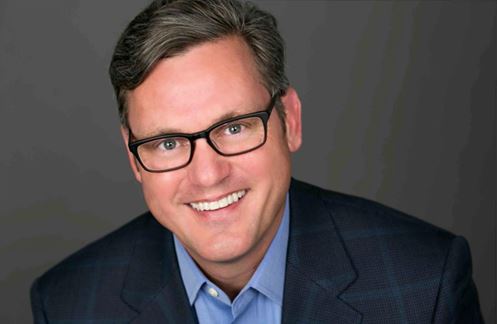 This excerpt is from “The Heart-Led Leader” by Tommy Spaulding, reprinted with permission of the publisher, Crown Business.

Five years ago my wife and I decided to hire a nanny to help with child care. After getting some recommendations from friends and interviewing several candidates, we decided to hire an impressive young woman from Virginia, an honors graduate of the College of William & Mary who was looking for a temporary job before leaving to join the Peace Corps.

Just before we completed the details, though, my wife suggested that we interview one more candidate, a young woman named Nikki who was related to a family friend in Santa Fe, New Mexico. Nikki had led a tough life, and her mother, Teresa, thought it would benefit her daughter to leave Santa Fe for a period of time. Teresa offered to email us a picture of Nikki. The photo we received was of a young Hispanic woman with a warm smile wearing a white tank top. But as I focused more clearly on the picture, I noticed multiple piercings in Nikki’s ears and colorful tattoos across her chest, arms, and neck. I could barely see her skin beneath all the tattoos. And for some reason I just couldn’t get past the tattoos. I showed the photo to Jill and said, “There is no way we are hiring a nanny with all these tattoos to come live with us and help raise our children.” Jill counseled me to keep an open mind. “Everyone has a story,” she said. “Nikki may not be right for us, but at least take the time to talk with her.”

When we finally talked on the phone, I began by asking Nikki to tell me about a bit about herself. And what I heard over the next few minutes completely floored me. Nikki’s story was not pretty and she didn’t spare any details. But there seemed to be something special about Nikki. I could hear the goodness in her voice. I could tell that the abuse she’d endured hadn’t hardened her heart. She was truly fighting to be loved. And I sensed that she had much untapped love to give to others.

Later, after talking through my mixed feelings with Jill, I called some of my best friends and mentors in Denver, Jerry Middel and Scott Bemis. They both told me the same thing; I had to think of my family, but it was also important to consider how I could change this young woman’s life by giving her a chance. “If you bring her into your house,” Jerry said to me, “you can model for her what it means to love and to be loved.”

When Nikki came to live with us soon after that, two things were readily apparent. One, Nikki was an incredible worker. She helped with child care, she cooked, she cleaned, and she even dealt with the electricians and plumbers who came to our house. No task fazed her, and she had an enviable work ethic. At the same time, though, she had a bit of a chip on her shoulder as a result of the problems she had faced growing up. She was unsure of herself in her personal relationships and had a major issue with trust, especially when it came to men. For instance, I’m a big hugger, but the first time I tried to hug Nikki, she turned sideways and backed away from me.

But over time Nikki slowly opened up. We could see her progress over the months as she made more eye contact. As she became comfortable with our family and more confident in herself, she was able to accept praise, allow people to touch her, and show affection more easily. She went from being a wary, defensive person who always had her guard up to a young woman who was able to express herself with warmth and love.

Nikki taught our family about perseverance and about overcoming obstacles. But the most important thing I learned has to do with acceptance and love. After all, this is a woman I was opposed to hiring because I didn’t like how she looked and because I was afraid of her hardscrabble upbringing. But by the time she left us, I no longer saw the tattoos on her body — could only see Nikki and her beautiful heart. She may have learned about love, opening up, and letting go during her three years with our family, but I learned about love right alongside her.

Read more of Nikki’s story and other moving stories in “The Heart-Led Leader” by Tommy Spaulding.