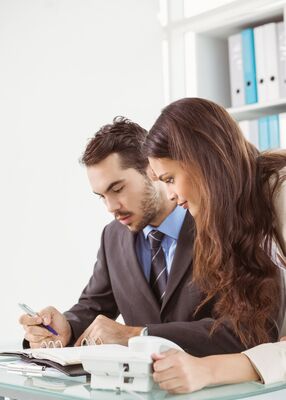 This article was originally posted on Inc.com, a partner of the Entrepreneurs’ Organization, the world’s most influential community of entrepreneurs.

Identify the underlying issues that are blocking you from reaching your goals this year.

Each year we vow to be more productive. We tell ourselves we will manage our time better, reach our goals, and achieve more. Then, suddenly, another year goes by. To make this year different, we decided to interview Tim Ferriss, author of The 4-Hour Workweek, about some of the underlying issues that are blocking us from reaching productivity nirvana.

The new year is here. What’s your personal mantra for 2016?

That one’s easy, as it would be the same every year. In one sentence: You are the average of the five people you associate with most. If I had more space, I’d add that studying accelerated learning is the Archimedes lever for everything else. It’s impossible to predict the future, but you can ensure maximum options by being adaptable, which you achieve through “meta-learning” as a toolkit. That was the goal of The 4-Hour Chef — to teach this toolkit using detailed examples.

Think it takes a lifetime to learn a language? Not true — you can become conversationally fluent in most languages in 8-12 weeks, no problem. Job requirements will change, skill sets will evolve, tools (e.g. C++ versus the latest and greatest) will rapidly replace one another, and it’s not the strongest who survive. It’s the most adaptable.

2. What’s the best advice on productivity you’ve ever received?

I’ve received great advice from many people over the years. The principle I’m focusing most on now comes from philosopher-programmer Derek Sivers. It’s not limited to productivity, but it has a huge impact in that arena. Here’s the one-liner: “If it’s not a ‘Hell, yeah!’, it should be a ‘No.'” Derek’s incisive thinking has always impressed me, and his “hell, yeah!” or “no” essay has become one of my favorite rules of thumb for decision making. Here’s the gist from his blog: “Those of you who often over-commit or feel too scattered may appreciate a new philosophy I’m trying: If I’m not saying “HELL YEAH!” about something, then I say no. Meaning: When deciding whether to commit to something, if I feel anything less than, “Wow! That would be amazing! Absolutely! Hell yeah!” – then my answer is no. When you say no to most things, you leave room in your life to really throw yourself completely into that rare thing that makes you say “HELL YEAH!” We’re all busy. We’ve all taken on too much. Saying yes to less is the way out.”

To become “successful,” you have to say “yes” to a lot of experiments. Put another way: to learn what you’re best at, or what you’re most passionate about, you have to throw a lot against the wall. Once your life shifts from pitching outbound to defending against inbound, however, you have to ruthlessly say “no” as your default. Instead of throwing spears, you’re the one holding the shield. From 2007-2009 and again from 2012-2013, I said yes to way too many “cool” things. Would I like to go to a conference in South America? Write a time-consuming guest article for a well-known magazine? Invest in a start-up that five of my friends were in? “Sure, that sounds kinda cool” — I’d commit and pay the price of distraction and overwhelm later.

Saying yes to too much “cool” will bury you alive and render you a B-player, even if you have A-player skills. To develop your edge in the first place, you learn to set clear priorities; to protect your edge, you need to defend against the priorities of others. If you can’t say “Hell, yeah!” to something with a gut-level exclamation point, make it a polite but firm “no.” Otherwise, you’re sowing the seeds of your own destruction. Once you reach a decent level of professional success, lack of opportunity won’t kill you. It’s drowning in 7-out-of-10 “cool” commitments that will sink the ship.

3. Once you’ve learned to identify and execute on the right opportunities, how do you achieve work-life balance? Or would you say that is a good goal in general?

I am a strong advocate of work-life “separation” as opposed to work-life “balance.” The concept of work-life “balance” is a dangerous one because “balance” is often mistaken to mean blending, where work and personal tasks are alternated in the same environments, or where one activity is expected to provide both work and life. Common problems due to this semantic subtlety: The iPhone is checked while you wait for dinner in a restaurant, the laptop is cracked while your spouse waits for you in bed, and the passion you loved so dearly for 10 years is now expected to pay the mortgage. This keeps your mind in the office 24/7 and destroys the few activities you cherished for the pure joy of experiencing them. This produces–at best–a state of constant low-grade overwhelm, even if actual workload is low. If I’m on, I want to be ON and maximally productive. If I’m off, I want to be OFF and don’t want to think about work.

When people strive for “balance,” they usually end up mixing things and destroying boundaries. That’s how you end up checking email all day Saturday. In the freelancer or mobile economy, you need to create your own boundaries. As one simple example, I have a strict no-live-iPhone-by-the-bed policy; if it’s in my bedroom, it’s either off or on airplane mode. Ditto in the morning: the iPhone stays on airplane mode until I’ve meditated for 10-20 minutes and made tea. Aim to be productive instead of busy, and recognize that life is full of special relationships and activities that need to be protected from one another. Focus on artful separation instead of integration, and you might just–as I did–feel as though an enormous burden has been lifted. Choose your own rules, and choose them wisely.

4. Do you think that “follow your passion” is good career advice? How can people find or create their dream jobs?

These are both dangerous concepts. It is popular to fantasize about “dream jobs,” read about them, and envy those who have escaped the daily grind to revel in career nirvana. And, yes — The web offers alluring new ways of making a living, ways that may allow you to profit from your deepest passions. But… how do those who have found the promised land really feel? Beyond the sound bites they offer magazines, there’s often a very different truth.

Converting passions into “work” is the fastest way to kill those passions. Surfing two hours on a Saturday to decompress from a hard week might be heaven, but waking up at 6 am every morning to do it 40 hours per week with difficult clients is a very different animal. Mixing business and pleasure can be a psychologically toxic cocktail. If you depend on your “dream job” or “passion” for daily bread or your children’s college tuition, we hit a nasty conundrum: the things that used to give you pleasure and get your mind out of the office now remind you of the 9-to-5 grind. I’m not saying we shouldn’t be interested in our work–we should be. I am simply saying that we shouldn’t expect too much of it. The more unrelated demands we make of a single vehicle, the less likely that vehicle–whether work or marriage–is to get us where we want to go. Expect a lot out of life, but don’t expect too much from your job. It’s just one tool. Make it a specific one.