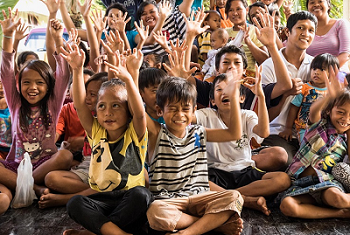 The following story was written by James Breeze, CEO of Objective Experience and an EO At-Large member in the Asia Pacific region:

You can imagine my surprise hearing this from my seven year old son, Ben, while he was sitting at my desk watching videos on YouTube. 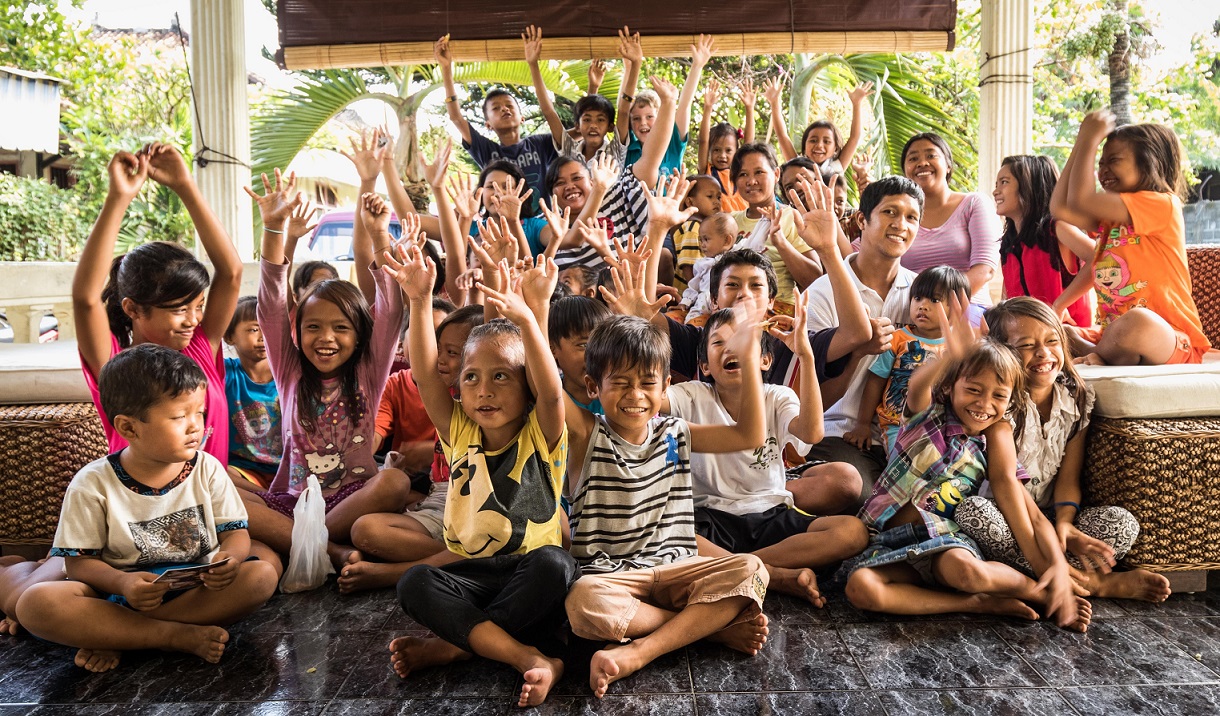 “I want to help poor kids in Bali.”

Not quite sure if he knew what he was saying, I asked, “What is a charity, Ben?”

“It’s taking money from rich people and giving it to poor people,” he responded, with a Robin Hood-like swagger.

I didn’t have the heart to crush his concept of philanthropy, but Ben is a special case. Born in Australia to two business people, Ben has visited 10 countries in his short life. And he’s currently based with us in Bali; he straddles first and third-world experiences and sees real poverty around him daily. I couldn’t just tell him it isn’t that simple. I decided, instead, to show him. But what I didn’t expect was that I’d learn a lot more from him than he ever could from me.

Ben specifically wanted to reach out to children, helping them realize that different cultures and income segments have drastically different life experiences. He also wants kids to believe in their ability to make a difference through reaching out. As it happened, raising money for this venture turned out to be the easy part. After a failed attempt at raising money with posters in our front yard, I suggested we create a crowd-funded page and link it to Facebook. Within 48 hours, “Ben’s Boxes” had raised US$1,200.

Ben was incredibly excited to see such a positive response to his appeal. He decided to ask his older schoolmates for ideas on how to put the money to good use. They suggested he invest in a local center that serves as a refuge for women and children who work on the garbage tip. While mothers at the center participate in skills training, their children are encouraged to attend informal school classes. This Bali Life School could greatly benefit from Ben’s donation, and he could see how the money was being used to help children his age.

As a psychologist working in the customer experience field, I’m constantly reminding business professionals to consider their audience; their product solutions should speak intuitively to their consumers. So when Ben and I visited the Bali Life School for the first time, I spent hours speaking with teachers and administrators about what these children needed most. Food, clothing and books all seemed to be smart choices, and I was satisfied that we, as adults, knew what was best. However, during this time, Ben had been interacting with these kids, relating to them and playing. When I asked him what the school needed, Ben said, “A playground. It’s a bit boring here.” I hadn’t even thought of this, and he was right. These children needed a place to feel safe and have the opportunity to be kids.

I told Ben this was easily doable within his budget, and he couldn’t believe it! To engage his schoolmates, he and his class held a competition to design the center’s new playground. Two of Ben’s classmates won the contest, and their names were posted on the finished playground set. We also made sure the playground was built with wood from a local carpentry village. With extra money raised from his GoFundMe page, Ben donated to another charity initiated and driven by kids.

One could ask how much of a difference playground equipment really makes for children who are without basic necessities; Ben’s entrepreneurial journey reminded me that we shouldn’t assume we know what is best for other people. We need to ask those we are helping what they really need. After the project was completed, the CEO of the Bali Life Center shared his thoughts: “Since the playground was installed, the kids play outside more, which helps them to interact. A lot more smiles and laughter with the new playground. The most important thing is that the kids have fun, and that my friend, cannot beat anything else.” This experience has allowed me to see the importance of encouraging new perspectives in my children and within myself. Ben, as a child, found his answer through a connection with other school children. And he experienced their same happiness when the playground was built. As adults, much of our innate compassion has been tainted by individual experience; in the long-run, however, we lose the opportunity to make important personal connections. So I encourage us, as EO members, to consider how our charitable actions and monetary donations help young people learn about the world around them. And please accept their naïve assumptions, for their ideas are probably better than ours.

**Postscript: Ben is currently advocating a new campaign, which has garnered more than more than 2000 likes in two weeks, in addition to support from Jane Goodall Foundation, RacingExtinction.com. Schools from 10 countries have joined the cause, and these young activists will be celebrating #KidsCutPalmOil Day on 30th November. Ben is currently in Adelaide, South Australia, speaking to a Montessori school.**