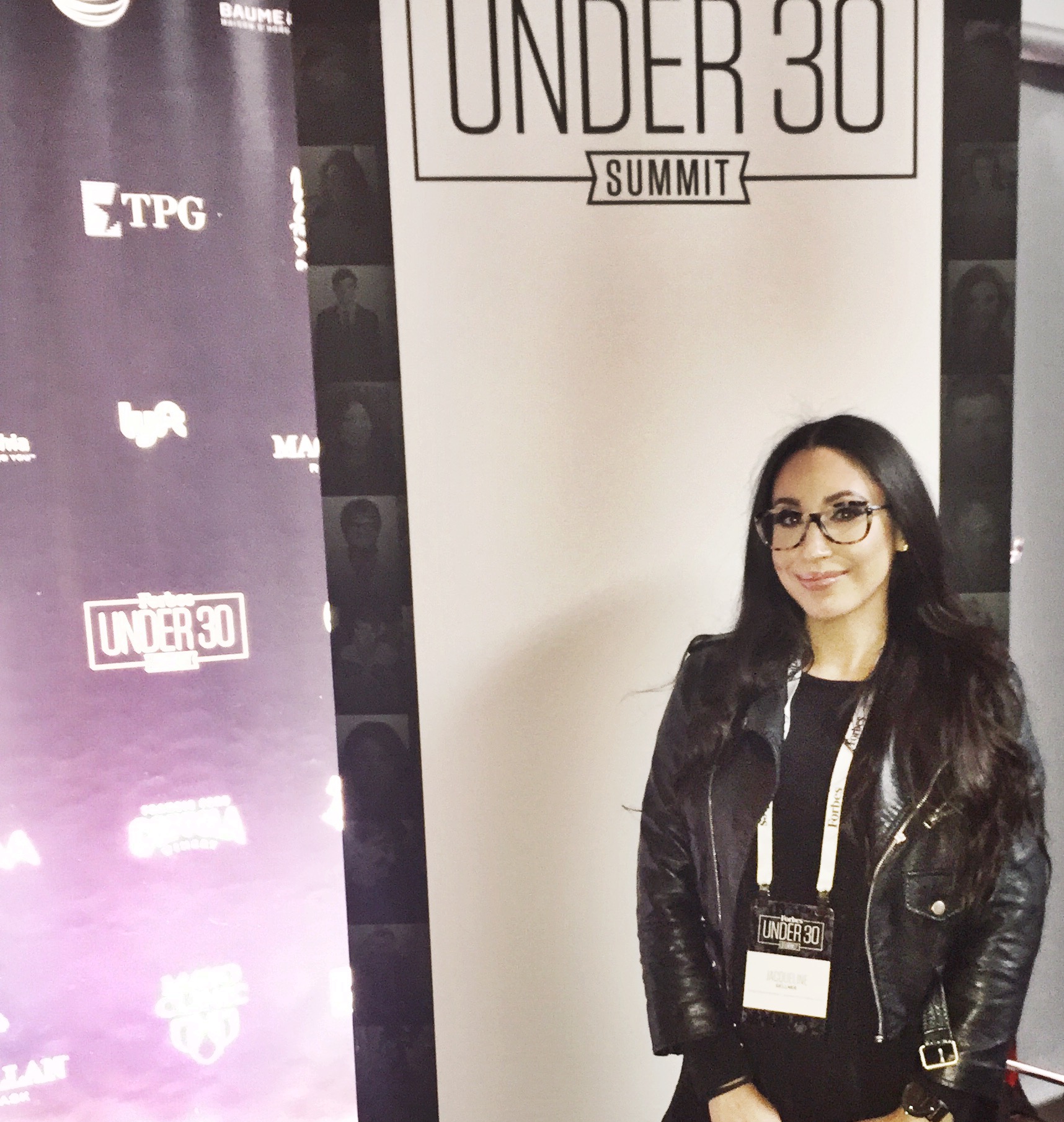 EO staffer provides her insight and top lessons learned after representing EO at Forbes Under 30 Summit earlier this week, with a special focus on #WOMENtrepreneurs…

Earlier this week, nearly 2,000 of the world’s best and brightest twenty-somethings convened in Philadelphia for Forbes’ second annual Under 30 Summit, a gathering that celebrates some of the most influential and accomplished young entrepreneurs and game-changers from across the globe.

As marketing manager for EO, a fellow millennial, and a person with a personal tie to entrepreneurship, I was honored with an opportunity to represent EO at this distinguished event and listen in on the engaging discussions taking place on stage.

As influencers from industries across the board shared their stories with the audience, a number of overarching themes and lessons learned came to light.

However, during the Summit, Forbes editor Randall Lane, who was hosting the event, made an interesting observation:

“Just did the math: majority of speakers at @Forbes #under30summit are women. Changing the world starts now.” – @RandallLane

As EO is celebrating our own #WOMENtrepreneurs this month, the observation hit close to home. Here are the top three lessons I learned from some of the Summit’s young “WOMENtrepreneurs” this past week!

“The reason I succeeded is the exact reason I was told I would never succeed. I was different.” – Lindsey Stirling, violinist and performing artist

To some, the word “disruptive” may have negative implications tied to it, but these change-makers are rethinking the interpretation. While Lindsey Stirling isn’t an entrepreneur, per se, her statement was reiterated amongst many, if not most, of the speakers and honorees at the event. Many young entrepreneurs are taking this concept to heart and are serving as the thought-leaders who are shaking up the status quo and changing the way we live and work.

2. Influence and authenticity are the new currency.

“Influence is the new power—if you have influence you can create a brand.” – Michelle Phan, founder of Ipsy

“We think that self sells—as do brands that embrace authenticity.” – Emily Weiss, founder of Glossier

Social media has radically changed the power of influence between brands and consumers. Platforms like Instagram and YouTube have steered consumers toward a new formation of influencers who have garnered tremendous followings on niche subject matters. The authenticity and transparency that these influencers communicate to their audience builds a trust and assurance factor to fill a void that could never have been achieved before with traditional marketing or celebrity endorsements.

3. Meaningful work and accomplishment go together.

“Building a business could be a vehicle for making a difference in the world.” – Elizabeth Holmes, founder of Theranos

Elizabeth’s number one advice for entrepreneurs is to focus and understand why you’re doing what you’re doing. Once you know the reason for doing it, you’ll build the company differently. Elizabeth launched Theranos by starting with her “why,” and realized there was a deep need and problem that needed to be solved. Every entrepreneur has the power to be a “social entrepreneur,” and discovering how and why your company can help others, may often be the reason why your company finds success.

Attending the Forbes Under 30 Summit was an exhilarating experience, and the opportunity to represent EO amongst these young leaders tells us that the future of entrepreneurship is bright! Are you a young entrepreneur? Did you attend the Summit? What are your favorite takeaways? Let us know by emailing [email protected]!