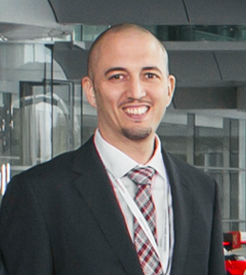 In the last decade or so since I’ve started mentoring, I’ve met a very large range of start-up entrepreneurs, from the extremely impressive to the…well, less impressive. I want to share some of the common traits I’ve noticed in entrepreneurs that fail in their businesses, so that you can avoid these pitfalls.  It’s worth pointing out that while good habits and behaviors are vitally important, a startup can do all the right things and still fail. Although we all take this risk, here are three habits to avoid when launching your start-up:

Some start-up entrepreneurs think that success is only found in being creative.  Yes, being creative is relevant, but far more important is being able to follow through on your ideas.  Ideas are cheap; correct, disciplined implementation is invaluable. I’m currently part of an Instagram campaign at the Dream Body Centre, and we plan to give incentives for followers who use the hash tag #DBC23. It sounds simple and straightforward, right? Not necessarily – key team members still met for two hours to map the process, identify potential pitfalls, discuss training and set KPIs for the campaign. If the idea isn’t implemented well, both the company and our customers will get frustrated, and this creative idea could fall flat.

2) Not being an early riser

Would you call yourself a morning person? It seems the most successful people throughout history have been early risers, entrepreneurs or otherwise. This is one of those extremely simple, yet profound success secrets that not enough people take seriously. To drop a few names: Apple CEO Tim Cook, Disney CEO Bob Iger, Starbucks CEO Howard Shultz, Procter & Gamble CEO A.G. Lafley and many others are all up by 5 a.m. And I have no doubt that these companies’ successes are directly linked to their CEO’s sleep schedule. Yes, there are highly successful people that wake up late, but they are the exception. Want more success? Join the 5 a.m. club!

3) No thirst for learning

Airbnb founder Brian Chesky is described as being “really, really, really curious!” He has such a powerful thirst for learning that he goes directly to the experts to learn from them.  Who do you know that’s so fascinated by social media that they made a learning visit to Mark Zuckerburg of Facebook?? I have to admit, I envy the access he has.

I believe his thirst for learning and the company’s success (currently valued at US$20 billion) are not a coincidence. Of course, there are many other factors involved, but nonetheless, it takes a unique, well-learned person to be able to run a company like this properly. I encourage you to read more and attend as many courses and workshops as possible – much of our success can be attributed to the lessons of others.

The three points above could be whittled down to just one…

These all come down to lack of discipline. In my view, if you only have an average level of discipline, you’ll have a hard time succeeding as an entrepreneur. Then again, try implementing some of these positive ideas, and your company could separate itself from the beginners and thrive!

Do you have a passion for writing about best business practices? Share your pieces with us, and they could be posted on our blog! Email: [email protected]