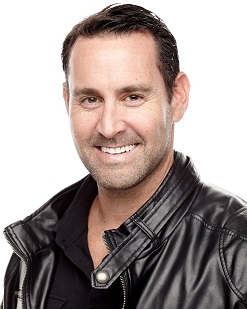 By Doug Pick, an EO Orange County member and President and CEO of Dap World, Inc.

For two decades, my company rode a wave of success as national leaders in retail ear plugs. We were rewarded by leading chains for being innovators. After the 2008 financial collapse, we went temporarily unscathed. It wasn’t until April 2010, however, when the first dagger struck and I was faced with a daunting choice— double down or die.

This ominous decision was prompted by a reoccurring theme echoed by key accounts: store brands were now the focus and established brands were in danger of extinction. Historically, store brand winners were manufacturers, since source suppliers can afford to offer the lowest costs. We were a glorified distributor that made nothing. To compound matters, the barriers to entry when it came to ear plug manufacturing were sky high.

Seeing the writing on the wall, I decided to double down and go after extreme growth. Now, after three years of writing checks, I’ve emerged from the process having created a vertically integrated family of ear plug companies. My journey has been rewarding on countless fronts, and also very challenging. I’ve been pushed, prodded and stretched in ways I didn’t think possible. Below are four lessons I wish to share with my EO brothers and sisters.

In the end, I’ve realized the cliché—”no risk, no reward”—is accurate. More importantly, I’ve experienced firsthand that when one goes “all in” on his dreams, others will rally, and a powerful force propels the mission to its deserved success.

Doug Pick (pictured) is an EO Orange County and EO Los Angeles member, as well as the president and CEO of DAP World, Inc., a leader in ear plug manufacturing and marketing. Contact Doug at [email protected]

One Response to “ Double Down or Die ”