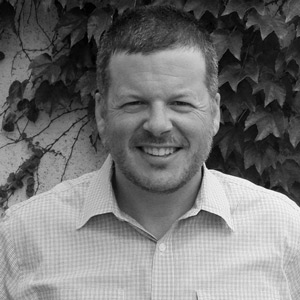 By Chris Peer, an EO Cleveland member and Partner and CEO of SyncShow Interactive

It was August 2011, and I was miserable. My nine-year-old business was stagnant and our culture was going downhill. I was frustrated, somewhat depressed and becoming a total jerk to work for. How did it come to this?

After founding the company in 2002, Idea Engine (now SyncShow) saw great success. We were growing at double-digit percentages year after year. Four years later, I brought on a business partner, Dan, to help round out our offering and improve our capabilities. Dan and I were old friends, and in the years following our business partnership, our friendship grew stronger. We were hard workers with the same lofty goals. We reveled in the excitement of growing our business, and had dreams of wealth and success. You could say we were cocky or naive … but we believed.

In late 2010, things began to change. Work became, well, work. Our team was awesome, but our focus was split. Dan and I, unintentionally, built our business into two different companies— one that focused on software and one that focused on marketing consulting. We had two teams trying to operate as one, and when issues arose, the finger-pointing began. Employees were frustrated, and I dreaded coming to work each day. My life was suddenly all about putting out fires, and my relationship with Dan became stressed. Although we were producing a great work product and our clients were happy, I was becoming a miserable person to be around.

A year later, things got worse. Dan and I kept trying different ideas, models, incentive plans … anything to spark our growth. Every shiny new idea was adopted, and our focus lapsed. Our financials were going downhill, and without significant new sales, I predicted that we would be out of business in six months. Around this time, I scheduled an off-site strategy retreat with Dan. The plan was to dive into our personal goals and career desires. When finished, we would let the chips fall where they lay and make the appropriate adjustments to our business. We decided that no matter the direction our retreat took us, no matter how difficult or scary, we would make the necessary changes.

The retreat went well. We holed up in a log cabin for three days and documented our personal goals, company challenges and changes we would need to make to accomplish growth. Afterward, I felt re-energized and ready to tackle our new corporate mission. But after a couple of weeks, I realized that Dan and I were not on the same page. We had gravely different ideas and passions on how to achieve our goals.

A few months later, Dan and I dissolved our business partnership. Fortunately, we drafted a separation agreement prior to becoming partners. This agreement formed the outline for next steps, and it saved our friendship. I ended up buying out his shares, and still own the company today. Business is up by more than 60%, and I’m enjoying work again. As for Dan, he started a new company and has seen great success. We’re even working together as partner companies. It feels good to be past the hardships and to have both found success. As partnership-separation stories go, this was a win-win.

Looking back, the partnership separation forced me to address several critical issues in the business, including our unique selling proposition, corporate culture, work/life balance and my management style. As a company, we decided to focus on what matters most— happiness. We got rid of some difficult clients and stopped working for anyone with a checkbook. We also made a major transition to service only qualified customers in the manufacturing industry. Our messaging is clearer and our employees are more focused. I am much happier now, and while growth challenges are ever-present, things just seem easier. In the end, I learned that working harder does not always mean company growth. When it comes down to it, addressing the simple things can make a world of difference in ways unexpected.

Chris Peer (pictured) is an EO Cleveland member, as well as partner and CEO of SyncShow Interactive, a customized sales and marketing solutions firm. Contact Chris at [email protected]