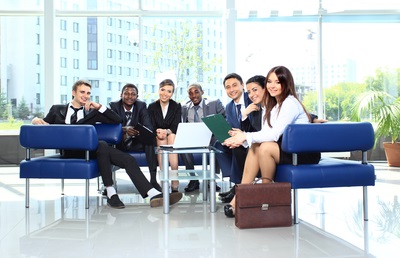 Once a business entity reaches a certain size it is normal for its management to be shared by a board of directors. Overseen by the chairman and/or chief executive, this group of board members has ultimate responsibility for everything that happens within a company.

The creation of a successful and well-balanced boardroom is an art form in itself. Senior managers and shareholders will seek to ensure there are no critical gaps in the shared experience or knowledge base of the board members.

The question is really what a non-executive director (alternatively known as a NED or NXD) really offers a company. How does their role differ from that of other members of the board and why might you consider taking on a non-executive role?

Firstly it should be said that both executive and non-executive directors are deemed to have the same legal responsibilities in the eyes of the law. Consequently don’t be under any misapprehension that a non-executive position in any way carries less responsibility than an executive role.

In essence the single biggest difference between an executive role and a non-executive position is that the non-exec is not in any way involved in the everyday management and operation of the business.

Instead they’re able to take a completely detached and impartial view of the company and focus their energy on planning and strategy, without having their attention pulled away on a regular basis.

According to the UK-based Institute of Directors (IoD), the non-executive role is best characterised by impartiality, individuality and specialist knowledge. In essence they stand away from the rest of the board and do not have to worry about alliances within the board room or protecting their own interests.

In many cases non-executive directors play a crucial role in the recruitment, reward and management of other senior board members; most notably the executive directors. Non-execs may well play an active role in deciding on suitable remuneration packages, fresh hires as well as sometimes being involved in disciplinary proceedings as necessary.

In addition it is typical for a non-executive director to oversee financial reporting and satisfy themselves that all legal obligations are being successfully and accurately met. They may also act as an aide to the chairman or chief executive who may seek their counsel outside the board room on issues of importance.

Another reason for taking on a NED is that a non-executive may add gravitas to a board room by bringing to the table new insights or a deep level of experience in a certain industry. Additionally they may act as a conduit, connecting their board to other outside influences – such as external bodies or groups of people – who may further benefit the goals of the company.

As is clear, a non-executive directors role is not for the feint-hearted as it brings with it considerable responsibilities.

So why might you consider taking on a non-exec role? Firstly these roles offer an opportunity to take a very active and important role within a company where your input can make a real difference.

On the other hand many NED roles require a minimal time commitment. Depending on the requirements of the board, the hours worked by non-execs are often measured in days rather than week each month. In this way it may be possible to take on a number of roles with different companies – assuming they are non-competitive in nature.

Non-executives are expected to bring considerable experience to the board room. This will most commonly be in the same industry, so before considering a NED role you’ll need a deep understanding within a particular niche so that your specialist knowledge can be of benefit to the board.

Finally, while money shouldn’t be your primary motivator it is worth noting that the remuneration offered for lending your detailed knowledge and a small amount of your time can be very well rewarded. If you have the board room experience and a strategic outlook on matters of business then you may well find a non-executive director role suits you perfectly.