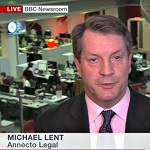 By Michael Lent, an Overdrive contributor and consultant at Annecto Legal

In 1510, the famous printmaker Marcantonio Raimondi was summoned to court for making copies of the engraver Albrecht Dürer’s The Life of the Virgin with his own signature (he was ordered to remove the monogram from all future copies). This may have been an early IP dispute, but it wasn’t the first: people have been arguing over their ideas for centuries, and with recent cases like the Marvin Gaye Estate vs. Robin Thicke and Pharrell Williams making huge headlines, it’s likely they’ll continue for centuries to come.

Of course, this topic isn’t just relevant to the arts – any company that doesn’t adequately defend its IP leaves itself open to theft. Equally, IP violations don’t always occur on purpose: for every intentional breach, there is likely one that can be attributed to simple ignorance. In order to properly protect their interests, entrepreneurs should be aware of both sides of this thorny issue.

IP has an emotional dimension that makes it distinct from many other legal areas. While protecting current assets and future profits is certainly a big part of it, the notion of having an idea stolen is something people (rightly) find offensive. Of course, many innovations are built on other people’s work – the wheel, after all, was invented long before the car – so it can be hard to tell when you’ve committed an infringement.

If you have an invention, but aren’t sure of its originality – i.e. it relies heavily on an existing idea, or combines two pre-existing ideas to form something new – it’s smart to perform some legal housekeeping to see if you might be committing an intellectual property violation. If you sense that there is a similar product on the market, seek expert advice. You may still have recourse: even if it is too close to another product, if it’s a significant improvement over what’s already there, you may be able to partner with the holder of the IP rights to sell it.

A word of warning: beware “patent trolls”, who register IP with no intention of using it to manufacture products – instead using the rights to demand payments. They’re less of a danger in Western loser-pay systems (where litigation will often end badly for them), but in some jurisdictions like the US they use the threat of legal action to extort license fees from actual innovators.

Entrepreneurs can – and should – take preventive measures to guarantee protection for their copyrights: it is always easier than enduring a court battle after a violation has occurred.

The first step is to stay quiet about your ideas wherever possible. When you think you’ve come up with a real innovation, it can be hard to keep the excitement to yourself – and equally hard to gauge who you can trust before you’ve been deceived. In order to make sure they don’t run off and register your intellectual property in their own name, it’s best to talk to as few people about your potential copyright as possible.

And before you talk to those few, ensure they sign a non-disclosure agreement that guarantees their confidentiality: a binding legal contract, it allows you to share your IP if you desperately need someone’s opinion or expertise – whilst giving you some protection if  that third party tries to exploit  your IP..

Finally, it’s wise to get well-acquainted with the IP laws of the country or region you intend to trade in. While it’s possible to get robust protection for your brands, patents, and ideas in the Western world, it’s much tougher to launch successful litigation in countries like China (where copyright infringement is not legal, but certainly commonplace and overlooked).

Naturally, it might not be possible to defend against every possible breach of your IP rights. Consider the case of Nathan Fielder, a comedian who opened a store named “Dumb Starbucks”: citing US parody law, he managed to sell coffee using the name and logo of the famous international coffee chain for several weeks. While it was eventually shut down due to a health code violation, he did not face legal consequences for using their brand.

It’s worth being mindful of other potential grey areas. “Parallel thinking” isn’t uncommon: Isaac Newton and Gottfried Liebniz formed a bitter rivalry over who invented calculus, but historians have concluded that each man developed the theory independently.

So before you begin IP litigation, it’s worth being absolutely certain that infringement has occurred: it may not have occurred at all, and if it did, it may have been an honest, easily-resolved mistake. Even if you are certain, remember that it can be a costly undertaking. While this is less likely in loser-pays systems like the UK, in countries like the US, it’s possible that any damages awarded will be outweighed by solicitor’s fees.

If you cannot afford to pursue justice, you still have options – third-party financing, for example, can level the playing field if you are bringing a claim against a well-funded opponent.  In any case, intellectual property rights. – yours and that of others – is a complex issue, and in all cases, appropriate legal counsel should be sought before taking action.