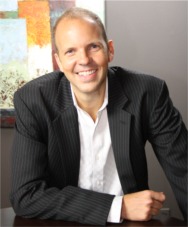 by Clay Slaton, an EO Oklahoma member and CEO of EngATech Inc.

When it comes to success in any area of life, mentorship plays an integral role. As an entrepreneur, I knew I could achieve more if I created relationships with those that blazed the trail before me. However, two big things kept me from having mentors in my life: pride and fear. Circling my mind were thoughts that always seemed to gum up the process: “I’ve looked for mentors, but I just haven’t found anyone right,” (pride), and “If I have a mentor, then who am I to them? A leech? A pest? A task?” (fear).

Both limiting thoughts were a result of my lack of knowledge. Unfortunately, this kept the accelerating power of mentorship out of my life. When it came to my pride, I didn’t understand that a mentor didn’t have to be ahead of me in all areas of interest. I later realized that a mentor could be defined as someone that is at least one step ahead of you in at least one area of life. I knew pride was holding me back when I began to think, “I’m so humble, I desire mentors in my life. I just haven’t found anyone smart enough yet.” Wow, what a contradiction!

As for my fear, I didn’t understand what a mutually beneficial mentor/protégé relationship could look like. I thought it was a one-sided arrangement, and feared the mentor would be helping me out more than I could help him or her. As I assume is common with most entrepreneurs, I did not want to simply take from anyone, but instead earn or exchange for what I get in life. It wasn’t until I learned that a real mentorship is a mutually beneficial two-way street, that I was able to overcome this hurdle.

After shining the light on my fear and pride, I found potential mentors popping up all around me. And those that didn’t pop up, I researched through networking and the Internet. I was eager to find those that were “where I wanted to be” or “had what I wanted to have.” The first one was a speaker at a conference I was attending, and I simply asked if I could buy him lunch. Once I found him, the next obstacle was learning how to create a formal mentor/protégé relationship.

Well, what sounded extremely difficult turned out to be pretty easy as I put it into practice. It can be summed up in one word: serve. I used the same skills I use in business to find out what my potential mentor’s needs, desires, goals or passions were, and I found ways to help. From there, it was just a matter of using my creativity to fill a need or help him achieve a goal. I filled in at speaking engagements, I served at his non-profit, I advised when asked, I connected him with people— whatever I could do to access his experience!

I was amazed at how easy it was to get one-on-one time just by adding value to his life. After showing that I would bring value to his vision, I plainly asked, “Would you be willing to exchange your service as my mentor for my service as a protégé?” He agreed. I’ve been concentrating on serving, honoring, valuing and heeding what he brings into my life ever since.

Today, mentorship is now the single-biggest catalyst in the growth of my business. As a result, my company has grown from 14 to 78 percent year after year! As the old saying goes, an intelligent man will learn from his mistakes, but a wise man from others.