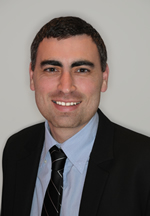 by Jesse Lipson, an EO Raleigh Durham member and CEO of ShareFile

In the movie My Blue Heaven, Steve Martin plays a former mob informant who knows the power of going big: “It’s not tipping I believe in,” he says in one brilliant line. “It’s over-tipping.” He’s right: Normal tips don’t make news. Exorbitant tips do.

The same is true when it comes to setting goals. Simple goal setting isn’t really enough. If you’re not setting crazy, unlikely, impossible goals, you’re not doing anything to separate yourself from everyone else.

Take Ted Leonsis for example. A successful young entrepreneur who had just sold his first company for millions of dollars, he was gliding right along in life. But an airplane trip changed his perspective: A near-crash landing and some moments of real panic caused him to think about life in a new way. He wanted to accomplish so much personally and professionally, but he had been too focused on his daily grind to make much progress.

After that pivotal plane ride, Ted created a list of 101 things he wanted to do before he died. It was an audacious list, especially for someone in his late 20s, including things like owning a professional basketball team, winning an Emmy, and playing one-on-one with Michael Jordan.

So far Leonsis has accomplished the vast majority of the 101 items on his list, including the basketball team (Washington Wizards), the Emmy, and the pickup basketball with Air Jordan.

A few years after I founded ShareFile, we created the business equivalent of a Life List. We defined a BHAG — a Big Hairy Audacious Goal. Coined by Jim Collins and Jerry Porras in their book “Built to Last”, a BHAG is an ambitious goal that will take five to 20 years to achieve. A BHAG should be enough of a stretch that you don’t know how you’ll get there. It should be exciting and even scary to think about. It should be accompanied by a ‘vivid description’ that explains what it would feel like to achieve your BHAG.

In 2009, ShareFile’s BHAG was that we would reach 50,000 paying corporate accounts by the end of 2015. We had about 7,700 paid accounts at the time. We had absolutely no idea how we’d get to 50,000. But just like Ted Leonsis and his Life List, we knew there was a lot of power in simply setting a big goal and visualizing it.

To visualize it, we described it: Achieving our BHAG would mean we would have our own building — with a cafeteria. We’d have 500 employees. We’d have multiple products. It all seemed crazy to our 22-person team back then.

ShareFile hit 50,000 paying corporate customers in September. Now part of Citrix’s SaaS division, the ShareFile team has almost 600 employees and multiple products. In October, we moved into a new Citrix facility in downtown Raleigh. And, yes, we have our own cafeteria.

Would we be here without our BHAG? Maybe. But that goal served as a guiding force as we grew. Each year, we set annual and quarterly goals that would help us achieve The Big One. Each year, we could see ourselves transforming that crazy idea into reality. It was exciting and motivating.

Now that we’ve achieved our original BHAG, our leadership team has been working to define a new one. We’ve also spread the BHAG concept throughout our division, unleashing some lively and creative discussions on where we might go ­and what our business will look like in 20 years. The exercise alone has inspired and empowered us.

Inspired by Ted and his book The Business of Happiness, I also created a personal Life List several years ago. So far I have accomplished 19 of my 58 goals (I couldn’t come up with 101). I won’t share my list with you, but I can tell you that the act of creating it and crossing things off is incredibly rewarding.

So, listen to me and Ted Leonsis: Don’t just set goals. Create BHAGs. Life’s too short for 15 percent tips.

Jesse Lipson is the founder of ShareFile, a file-sharing company he sold to Citrix in 2011. He now serves as the vice president and general manager of the documents cloud at Citrix. Fun fact: Jesse is a leader in the transformation of the “Research Triangle” region of North Carolina into an entrepreneurial hotbed. This article originally appeared on Forbes.com. Contact Jesse at [email protected]