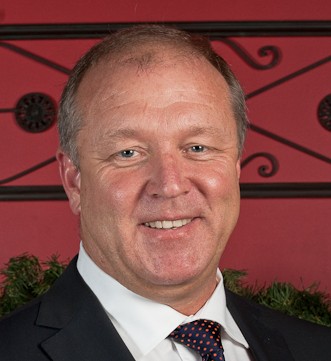 By Glenn Karr, an EO Winnipeg member and  the President of Superblinds & Draperies

When people tell me they’re shocked that I returned to university at 50, I laugh because I can’t believe it either. Over the past seven years, I finished my Bachelor of Commerce, CMA, MBA and law degree in addition to articling at a Winnipeg law firm—all while running a successful business.

There were two reasons that I went back to school. One: When I reached 50, I realized that I had spent the past 25 years focusing on growing my business (Blinds are Beautiful and, later, Superblinds & Draperies), which meant that there were a number of things on my bucket list that I had never checked off. Two: I became certified by the Institute of Corporate Directors in Calgary, and discovered that school at my age wasn’t such a harebrained idea.

Returning to school is a huge time commitment, and it has to be one that you’re ready to make. By the time I turned 50, both of my children were all grown up and Superblinds no longer needed my full-time attention. I had some money saved, so I was able to commit 50-to-60 hours each week to school, while devoting 20-to-30 hours to running my business. That said, it’s possible to spread your schooling—especially an undergraduate degree or MBA—over several years to make the workload less intense.

Here are my tips for going back to school as a mature student:

Read prep books about your subject before beginning classes

The University of Manitoba website says that there’s nothing you can do to prepare for law school. I disagree. Read books on law and law school. They’ll help you understand how lawyers think, which is completely foreign to the thought process of most businesspeople. This tip holds true for any topic of study.

If you’re attending class and studying, but your grades remain low, consider hiring a tutor. I found a guy that turned out to be the gold medal student that year, and he shared his notes and taught me how he referred to them. He also helped me write practice answers. My grades improved in a number of classes with his help. You can also ask your professors for assistance.

In law school, students can share their notes online. If you’re a bad note-taker, like me, this resource is invaluable. I also bought a tape recorder to record lectures, then listened to them afterwards.

Don’t quit; Let them kick you out

Completing my MBA was easy because most of my classes reinforced ideas that I already implement at work. Law school, on the other hand was way more difficult than I anticipated. I almost quit a couple of times. I would be working on an essay that was due at nine o’clock in the morning. At midnight I said, to heck with it. I’m dropping out of school tomorrow. Then I woke up at two and decided to keep writing. I had a professor in my MBA that said, “Don’t quit. Let them kick you out.” They never did.

Age is just a number

The average age of students in my MBA program was maybe 30 or 32. In law school, it was closer to 23. When I was at the bookstore purchasing my textbooks, I was older than a lot of the parents helping their kids find supplies. But it didn’t bother me. I found it invigorating to be around young people that are enthusiastic and just starting out. Age is no reason to give up on your goals. People are living longer and longer. I could still have a 30-year career as a lawyer if that’s what I want to do.

Though I completed my degrees for my own self-fulfillment, I’ve found that I really like practicing law. That doesn’t mean that I’m giving up on business—the exact opposite. Helping clients deal with corporate reorganization and tax planning gives me a new perspective on business and a more open view of the world. (Let’s just say I’ve always seen the world in black and white, and law school opened up my eyes to many different perspectives.)

If I can do it, you can, too. It doesn’t have to be law school. It can be something else that’s always excited you.