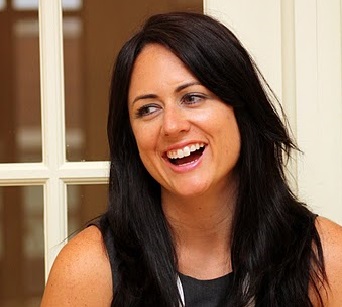 By Mandy Gilbert, founder and CEO of Creative Niche and an EO Toronto member

Much of an entrepreneur’s time is spent growing their business, landing new clients and managing people. Most of us try to lead by example and rarely focus on changing our leadership styles. I recently learned, however, that sometimes we need to do just that. In fact, taking steps to become a better leader can deliver unimaginable benefits—but it’s not easy.

When I founded Creative Niche, a creative workforce management firm, in 2002, it was with a meager US$8,000 personal line of credit, no clients and no candidates—a potentially lethal combination for a recruitment-and-staffing company.

At the time, I was 27 years old and coming off a successful run with two multinational staffing firms. I was betting that my entrepreneurial skills could help navigate the complexities of a highly-competitive industry. By mid-2008, the company’s annual revenue had grown to exceed US$5 million, and we had 22 employees. It seemed like nothing was going to stop me!

That was until the Great Recession hit later that year. Getting walloped by my first major downturn as an entrepreneur, I felt as lonely and isolated as I did on the first day of running my startup. Although I did everything possible to remain composed in front of my team and only focus on the positive, hemorrhaging thousands of dollars in salary each week and handling employee layoffs were getting the better of me.

Not long after those tough times, I was introduced to EO. I was soon accepted into the Entrepreneur Masters’ Program at MIT, and after the completion of my first year, I decided to participate in the EO/Bell Leadership Institute to help hone my managerial skills. That’s when it became obvious that my leadership style needed to change.

After hearing direct, honest feedback on my leadership skills—or lack thereof—from my direct reports, personal friends and family, I immediately became defensive. I was hurt and somewhat angry. But I quickly snapped out of that state of self-pity and realized how thankful I was to hear the truth from the very people that contributed most to my success and happiness in life.

They were right. I was a leader, but not a great one. After spending just three days at the Bell Leadership Institute, it became clear that learning how to lead has no set end point. It’s a continual process of change and improvement. As we ready for Creative Niche’s global expansion into Europe and the U.S., I want to share the tactics I used to improve and take my company to the next level:

Be prepared to take a look in the mirror: Being an entrepreneur is one of the loneliest, most taxing, intriguing, energizing and incredible experiences imaginable. But business owners tend to be highly confident and sometimes stubborn when it comes to heeding intelligent advice. When your company revenue “flat-lines,” your employee turnover rates jump or some other frightening business metric trend rears its head, it’s time to analyze what’s going wrong and fix it— and that means analyzing your own managerial faults and committing to change.

Understand your staff: My employee’s talents complement mine, which is the reason I hired them in the first place. I realized that motivating employees requires a clear understanding of their abilities, career goals and an idea of how their vision meshes with mine. So, I took the time to ask those questions, document their answers and help them work towards achieving their goals. I haven’t looked back since.

Envision the culture you want … then build it: I wanted a dynamic, fast-paced company built on idea generation, collaboration and, yes, fun. I actively moved to empower “Nichers” by opening the door to any and every idea they had, provided funding for career development and advancement and—perhaps most importantly—started asking questions, listening and delegating more to help further their professional development and experience. I also made changes to ensure we had the right people in the right places. The advice I was given by colleagues was to hire slow and fire fast. I took it, and the ensuing staff moves proved critically important as we built a better workplace culture.

By taking simple steps such as providing paid days to work with charitable organizations in the community—Creative Niche contributed over $1 million in time and direct funding to a wide array of educational and charitable causes last year alone—I saw an immediate boost in engagement, team-building and positive energy. And yes, we also installed a Wii and encouraged ample amounts of play time during office hours. In short, I finally had my dream culture. It just took a bit of time and foresight to build.

Recognize achievements: I think some entrepreneurs have a tendency to expect great things from their people and offer little by way of recognition, but people need to be acknowledged for their work and contribution. I now take the time to recognize jobs well done and provide regular coaching to make it known that I appreciate their efforts. Sometimes the smallest gestures can have the largest cultural impact.

Challenge yourself to continuously improve: The only end point of an entrepreneur’s management education should be when he or she hangs up their gloves (and let’s face it, how many entrepreneurs really retire?). Until then, it’s an ongoing process of learning, reinforcement and evolution. Furthering my leadership abilities is now just as important as helping to connect great creative talent with outstanding organizations.

It took time and business maturity to realize just how important it was all along.