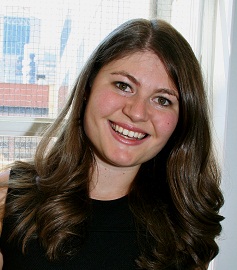 By Genevieve George, an EO Sydney member and CEO/founder of Oneshift

As an entrepreneur, speaking in public isn’t a choice. Whether you’re speaking in meetings, to your board, at public events or even in front of the media, it all comes hand-in-hand with the job. I was thrown out and forced to swim in the deep end, which has actually turned out incredibly well for me! I have found that no matter what the context is, there are a few important principles that you should apply to your public speaking to make it a success. After numerous forums, interviews and public events, these are the four most important points I have taken away.

If you’re nervous, it’s not a bad idea. However, I find that if you know your topic and you know the message you are trying to send both inside and out, then that’s all you need. All you are left with are a few nerves, which is completely normal.

Usually people give me this horrified look when they realize I haven’t prepared a speech or written up cards for my next event. For me, I don’t need any of this. I live and breathe OneShift, and I know it back to front. I talk from my heart about what I know and I’m honest with the things I don’t. Questions can be quite nerve-racking; the hands begin to sweat, your mind starts to wander about all the things you could be asked, but I find that people appreciate honesty. If you don’t know the answer, be open about it. Then maybe you can relax a little.

If you don’t have passion for what you’re saying, then why are you there? This is, in my opinion, the most important aspect of speaking to an audience. People best respond to body language and your tone of voice. For instance, if you stand up on stage and deliver a speech in a monotonic voice while staring down at your cards, chances are that people won’t listen. Being a young entrepreneur, I’m usually talking about my own journey and OneShift. No one in the world is more passionate about this topic than me, which naturally shows through my body language.

In return for me speaking passionately, my audience engages with what I’m saying. It’s absolutely a two-way street.

You’re only human! But really, the only mistake you can make is creating a big deal out of it. Don’t stress! Whenever I stumble on my words, I usually just make a joke out of it and then clarify what I was initially trying to say. If you’re not comfortable making a joke, then just keep going. The show must go on!

My biggest secret? When I forget what I’m going to say next, I turn the situation on its head and direct questions to the audience and allow them to give me something to talk about. It both covers up my mistake and also is incredibly engaging for the audience!

I believe that successful public speaking is being able to create a connection between the speaker and the audience, and I’ve found the best way to do that is to just be you. In the end, no matter the size of the audience, it should feel like a conversation between two people. The audience wants to see a personality shine through, not just a figure on stage. So how do you do that? Be relaxed, be comfortable and try to forget the whole idea of “public speaking”.

I also put myself into my slideshows. I’ve seen enough boring slides to know I don’t want to put my audiences through that. Instead, I try to make my slides engaging with pictures of my travels, flashcards and engaging content that the audience can relate to. On top of this, no matter if I’m speaking to my team in a meeting or if I’m speaking at a forum in front of hundreds of people, my personality remains the same. In fact, I probably dress the same as well.