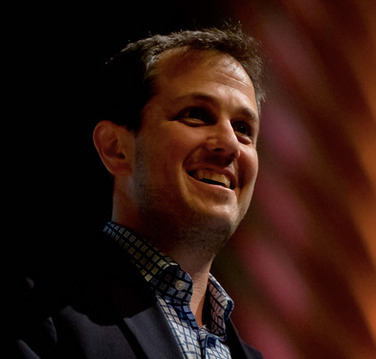 By Michael Goldstein, an EO DC member and founder of Exhilarator

I used to believe that the most difficult part of being a startup entrepreneur was the lack of security, the long nights or even health insurance issues. Coming up with a market-changing idea seemed like the easy part, but the real issue is one that many entrepreneurs tend to tackle last: the business’s financial model.

Many founders simply decide on a revenue model that worked for other companies or work to gain customers and then monetize the product’s value. Others try to make as much as they can while they can, forgetting that short-term profits (just keeping the lights on) don’t lead to long-lasting businesses (big payoffs). Over the years, I’ve learned to determine how to bring in revenue, make this a key focus and continually evaluate to build a company that lives beyond the startup phase. Here’s how I do it:

Learn to Readjust
Prior to launching my current venture—a startup accelerator and services business—I evaluated the most common models for startup accelerators. I knew in my case, I needed a steady revenue stream—and soon—to support my long-term vision of creating an equity portfolio of promising startups. Initially, I settled on a business model where our company—Exhilarator—would provide four months of hands-on support for portfolio companies in our office; then, we would charge the startups a consulting fee. Later, we realized it wasn’t ideal; we’d be taking cash from companies we had equity in, adversely affecting cash flow.

We realized we needed a model that would both serve our bottom line and the entrepreneurs we worked with. Around that time, an EO friend in DC needed help with her startup but was not interested in an equity investment. We created a fee-based arrangement that generated revenue to support our operations and gave her the resources (business development, marketing, etc.) she needed. We became part accelerator, part service provider. Since then, we’ve worked with more than a dozen serial entrepreneurs to get their new or side projects off the ground.

Not all founders will do the difficult job of readjusting their revenue model — especially if it might alienate current customers. One portfolio company I worked with wanted an ad-supported model, but its site volume was so low that advertisers wouldn’t pay for the exposure. The founders stuck with it, which eventually led to the venture’s failure.

Consider Your Long-Term Goals
Many budding companies struggle with balancing one-off deals with projects that build upon the team’s long-term vision. This means focus can be easily lost. Even if this type of model works for a while, it won’t last forever. If realized early on, the entrepreneur will always be one step closer to success. Tista Games, a social gaming startup, is a great example of this. It received multiple offers to develop one-off games for clients. Instead, the founder decided to focus on the core business model and raised angel funding to finance the team while it ramped up. The company is much further along in reaching its goals because it said “no” to easy cash flow in the beginning.

Find a Middle Ground
When a business is operating under a financial model that isn’t pushing it toward its goals or producing revenue, it’s time to reevaluate. Evaluating opportunities and weighing them against the need for immediate revenue and the desire for long-term value creation works. No one wants to sell out in order to gain revenue, and no one wants to run out of cash while working toward a vision. In the middle of these two paths is where decisions are made, revenue is generated and value is created.

Creating a successful financial model takes a strategic plan, timing and great execution. I’ve learned that continually testing and examining why and how a company produces revenue is essential. It might be a challenge, but the rewards are much higher for the entrepreneur who does more than keep the lights on.