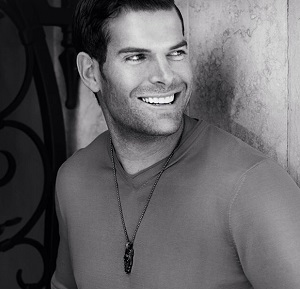 By Gideon Kimbrell, an Overdrive contributor and software engineer entrepreneur

Negotiations are messy. Whether you’re trying to get a job, a car, or a yacht, there will always be people who are difficult to work with. The people who win negotiations are those who understand that “no” often means “not right now.”

When I launched InList, the domain I wanted was taken. Dealing with an infringement lawsuit wasn’t part of our growth strategy, so I approached the owners of the domain, offering to buy it. Their entire brand centered on the domain name; they had no interest in selling.

We were at a standstill, but I wasn’t ready to give up. In business, you can still win a negotiation if you approach your opponent with goodwill and refuse to take no for an answer.

Here’s what I learned:

Keep talking. Negotiation is communication, and stopping communication is essentially giving up. Talking generates momentum, no matter how minor.

After the owners rejected my offer, I continued to call them regularly. The calls weren’t pleasant, but I knew it was critical to maintain contact. Every time the owners told me they weren’t interested, I’d give them a week or two and then call back.

Be patient. New ideas often come as a shock to the system. To move from a knee-jerk reaction to a thoughtful conversation, the other party needs time to acclimate.

Every conversation we had helped the owners warm up to my offer. Because I was assertive without being aggressive, the idea that had once seemed ludicrous became slightly more feasible.

Listen. Standing your ground doesn’t mean closing your ears. To get what you want, you need to listen so you can offer the other party a satisfactory deal.

Every time the owners explained why they wouldn’t sell, I listened. Although I didn’t agree with them, I made them feel heard. As I listened, we developed a sense of camaraderie, which drained the tension from our interactions.

Leverage trusted connections. People are much less likely to refuse you if you have the recommendation of their peers or someone they respect. This third-party validation can completely transform the way your offer is perceived.

Before the domain negotiations began, I had joined forces with nightlife mogul Michael Capponi. After several rounds of back-and-forth, I asked Michael to call the owners and encourage them to take the deal.

Michael’s call changed everything. Suddenly, the owners were throwing around words like “partnership” and “collaboration.” With Michael on our side, we now had the credibility we needed to move forward.

Sell the advantage. Although the call from Michael changed the dynamic, it didn’t seal the deal. The owners were still afraid of giving up their domain name because it was a valuable asset.

To overcome this fear, they needed to understand that the deal would be to their advantage. I flew them to our Miami offices, where they could see our operations firsthand. We demonstrated our strength, vision and projected growth, showing that a partnership would give the owners a piece of a much larger pie.

This face-to-face interaction made the choice obvious: They could keep the domain, or they could hitch themselves to a multimillion dollar company.

They enthusiastically accepted the offer.

In life, everything is negotiable. What may seem like a rigid barrier is actually an illusion. Moving forward is a matter of finding the right pressure points.

As humans, we all want to be loved, appreciated, and respected. These basic needs are at the heart of every negotiation. Fulfill these needs, and you can always get what you need.

Gideon Kimbrell is a software engineer and entrepreneur. He developed InList.com, the premier app for booking the most exclusive nightlife, charity, and entertainment events in major locations around the world. He can be reached on LinkedIn and Twitter.

4 Responses to “ The Art of Negotiation: 5 Lessons I Acquired Along With My Domain Name ”