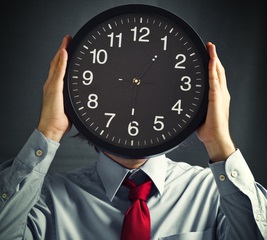 Matthew Gordon, an Overdrive contributor and president/CEO of The Gordon Group, a holding company that primarily manages GraduationSource

Employee burnout runs rampant in the startup community. This isn’t surprising when you consider the long workdays, high levels of stress, and sometimes overwhelming job demands. And let’s be honest: A steady diet of pizza, Chinese takeout, and Red Bull isn’t doing anyone any favors.

Long hours aren’t necessarily avoidable in a startup, but the huge amount of work involved doesn’t mean employees need to put in those hours between 9 a.m. and 5 p.m. In fact, for the majority of your employees, these corporate hours may not even be the most effective.

We can thank Ford Motor Company for being one of the first companies to implement the eight-hour workday. (Although we may complain about it now, it was a huge improvement after the Industrial Revolution, when factories wanted people to work from sunrise to sunset and pay them as little as possible.)

With the popularity of systems such as “The 4-Hour Workweek,” there’s been a lot of talk about working smarter, not harder. But for most companies, working four hours a week — or even only four hours a day — really isn’t feasible. The good news is that productivity has less to do with the number of hours we work than how long we work in one sitting.

Our Productivity Rises and Falls Throughout the Day

According to psychophysiologist Peretz Lavie, our energy functions according to “,” which are natural cycles in our energy levels. According to Lavie, peak productivity can be achieved by working in 90-minute increments separated by 15-minute breaks.

No matter which system you use to break up your workday, the fact remains that some of us are more productive at certain times of day than others.

According to Dr. Steve Kay, most adults perform cognitive work best in the late morning, with effectiveness declining soon after. When polled, 36 percent of people said they were most productive between 9 a.m. and 11 a.m. Still, everyone knows at least one person who’s a zombie at 8 a.m. and prefers to work late into the night.

So, how can you accommodate these wide ranges of time when your employees are most effective? By implementing a flexible workday.

How to Implement a Flexible Workday in Your Company

While 2 a.m. work sessions aren’t uncommon in the startup world, they aren’t sustainable in the long term — even if your employees are most effective then. However, you can give your employees the flexibility to work when their energy level is at its peak.

2. Discover the underlying causes. Once your employees know when their energy nosedives, you can begin to understand what’s happening throughout the day to cause a decrease in productivity.

Compare your employees’ heat maps and look for commonalities. You may find that everyone’s productivity goes down immediately after your 11:30 a.m. meeting. If this is the case, you can restructure the day for optimal productivity.

3. Try flexible work hours. As a leader, the idea of half of your staff working from 1 p.m. to 9 p.m. probably seems ridiculous. Even companies with completely remote teams generally require at least some collaboration, and that’s nearly impossible when everyone is working different hours.

Instead, consider keeping just three to five hours of the workday set in stone and allowing employees to come in any time before or after to complete their daily work. Schedule meetings during those times, and give your employees the flexibility to work around what’s best for their energy level and personal commitments.

4. Encourage frequent breaks. Startups are notorious incubators of sleep-deprived, over-caffeinated employees. If your team is putting in more than eight hours a day (and getting much fewer than eight hours of sleep per night), encourage your employees to take naps throughout the day as refreshers, step away from their computers for meals, and take five-minute breathers to move around and socialize.

5. Hold each other accountable. The most obvious problem with allowing employees to come and go as they please is accountability. This fear doesn’t mean you don’t trust your team. In fact, accountability is just as important for you as the founder.

A good tool to track your team’s daily accomplishments is iDoneThis. Each employee responds to an email with a brief description of what he or she did that day, and you get an email in the morning with a summary of everyone’s accomplishments.

The best part about running your own company is the ability to do things effectively — not just the way they’ve always been done. By encouraging your employees to work when they have the most energy, they’ll get more work done in a shorter amount of time and be less likely to suffer from burnout. Peak productivity is within your reach — it’s just an afternoon nap away.